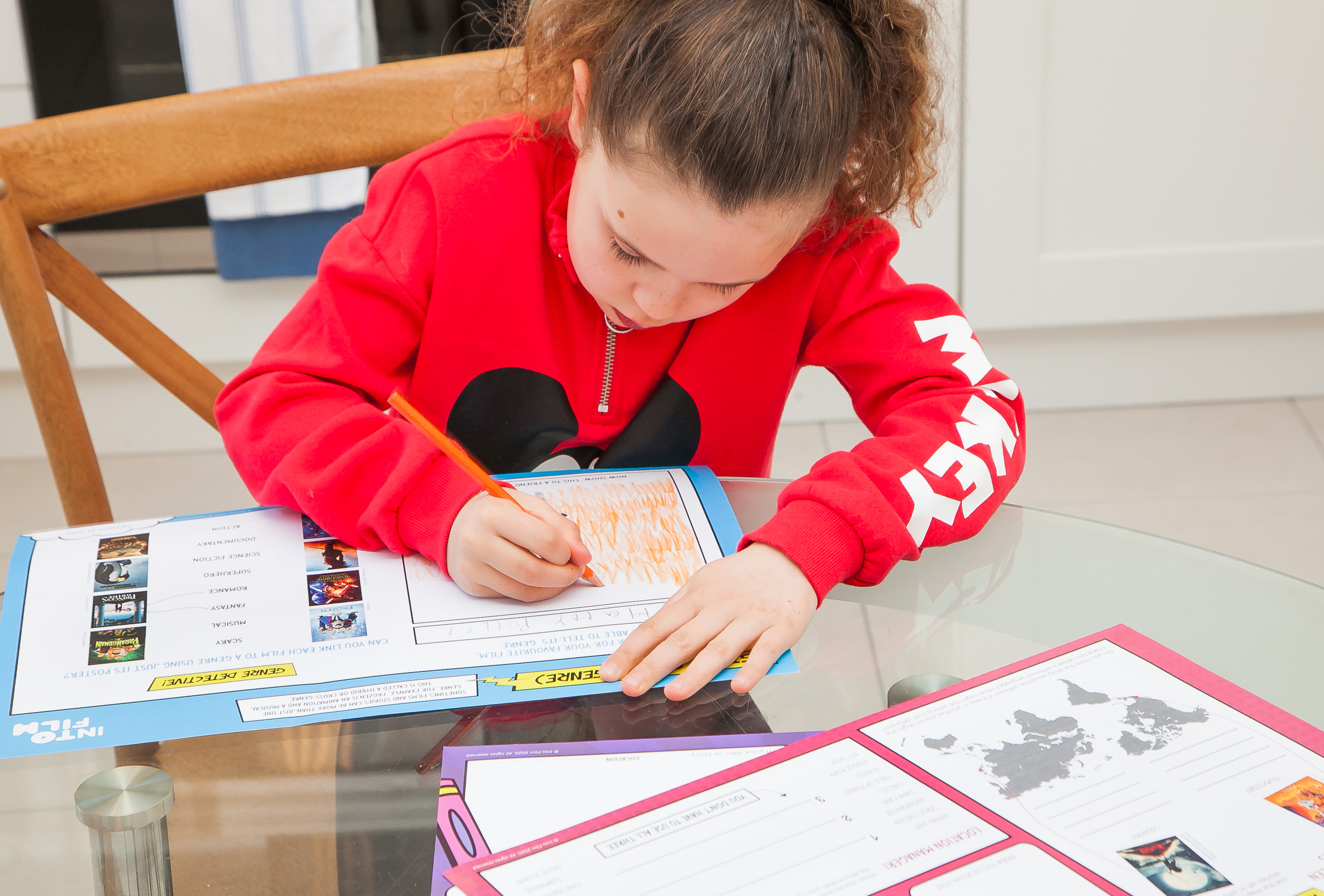 Education charity Into Film has launched an exciting new initiative to use the magic of movies to help pupils create stories.

Story Builder is an activity pack for young people aged eight to 11, which catches pupils’ imaginations and allows them space to create and build their own stories as if developing a film.

The pack will give students an understanding of the building blocks of film including story, character and setting to create imaginative narratives.

Sean Kelly, Project Delivery Manager for Into Film, said: “Children innately understand the visual language of film and engage with its core elements, easily distinguishing between horror and musicals, heroes and villains. We want to harness that engagement and give it purpose with our new Story Builder resource.”

Each fun and accessible element of the resource can be used as a stand-alone activity or combined so learners can plan a film composed entirely of their own ideas.

Primary school teacher Bernadette Boyle said: “Pupils will get a real sense of fun and independence when completing Story Builder. As a teacher it is heartening to see children so engaged with their imaginations when completing the tasks and creating their unique story.”

Into Film, a UK-wide charity with a base in Northern Ireland, has developed a range of educational support materials that work with the curriculum and can be used in school or for home learning.

Into Film Story Builder facilitator Naomh Cullen added: “Story Builder engages with the curriculum seamlessly, harnessing the creative talent of young people and building confidence and strengthening understanding. There are millions of great stories in the world, waiting to be told and everyone has their own unique story.”