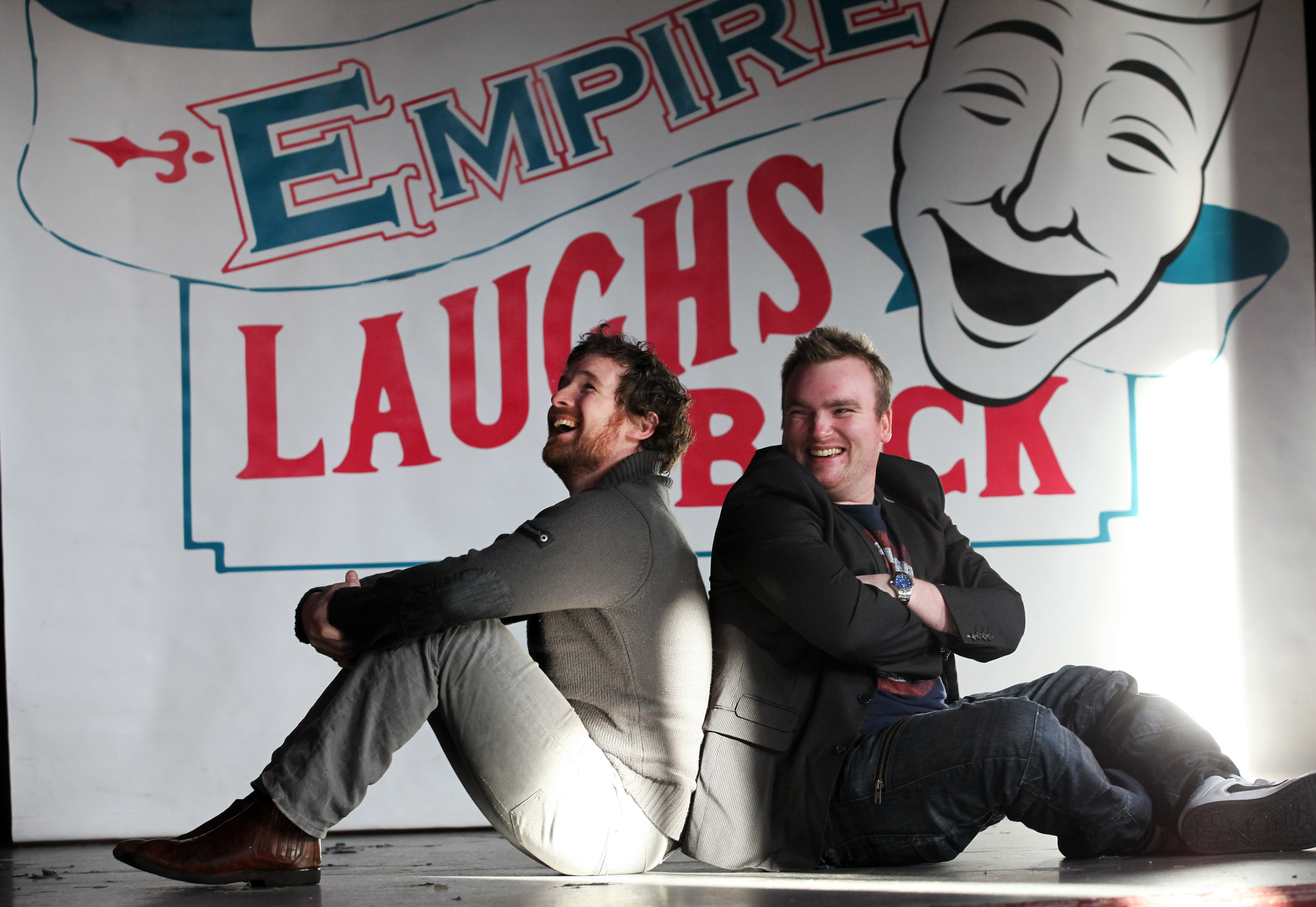 Two of Northern Ireland’s finest young comics will share compering duties with Jake O’Kane and Colin Murphy during the new season of the Empire Laughs Back Comedy Club.

The Return of the Empire sees Lurgan comic Micky Bartlett and Co Tyrone’s Diarmuid Corr take on the onerous responsibility of warming up the crowd and getting them in the mood before the guest acts begin their spot.

Micky says the Empire has always been a great training ground for up-and-coming comics and he is delighted at being given the chance to host the show on October 18.

“The Empire is great for giving young comics a chance. My first ever gig was in the Empire. The club organiser Jackie Hamilton didn’t know who I was and I sent him an e-mail and I was in the show a week afterwards.

“The Empire is the best club in the country. I have played towns all over Northern Ireland and the atmosphere in the Empire is unique. It is an institution. People going there are very knowledgeable and expect to be entertained.”

He added that compering a show is much more difficult than doing his normal stand-up routine. He has learned a lot from watching Jake and Colin control the crowd on Tuesday nights.

“It is definitely something that comes with experience. If you watch Jake or Colin who have been doing it for years you can feel the experience. I can’t think of any young comics in Northern Ireland who haven’t learned from them.

Diarmuid, whose show ‘Sketchy’ began its second series on BBC NI on October 5, was delighted to be offered the chance to compere the Empire.

“The Empire is renowned for being a baptism of fire for comedians, so to be asked to compere it is quite humbling. I’m really happy that Jackie has asked me to do it. It is one of the best places to compere because of its history and the fact that the audience is so into the comedy.”

He agrees that the Empire has been a fantastic training ground for young comics over the years.

“I got my first chance at the Open Mike slot at the Empire and have progressed from there. You see a lot of young comedians coming through in the same way.”

Diarmuid loves the spontaneous, improvisational side of comedy and says compering gives him much more opportunity to interact with the audience.

“You are there to introduce the acts but you have to be funny and get the audience involved and keep the show flowing. I enjoy it a lot more than stand-up. You never know what’s going to happen.”

Club organiser Jackie Hamilton said that there is always an element of risk developing new talent however, the investment in supporting and nurturing new talent over the years has paid off when emerging comedians such as Diarmuid and Micky are now competent and confident enough to work alongside Jake and Colin as regular MC’s at the club.

“Like Paddy Kielty in the early days at the comedy club, Jake and Colin are key to what makes the Empire Laughs Back Comedy Club special and held with great affection by audiences – they are comedy treasures for Northern Ireland. But it is a testimony to the pool of young comedy talent in Northern Ireland that we are able to invite Diarmuid and Micky to bring their distinctive comedy voices and be part of the regular compere team at the world famous comedy club,” he added.

The Empire Laughs Back Comedy Club runs every Tuesday at 9pm and costs £8 with a £7 concession for students. Doors open at 8pm

For more information on all the upcoming shows visit: www.thebelfastempire.com or follow it on Facebook at Empire Comedy Club, Belfast. 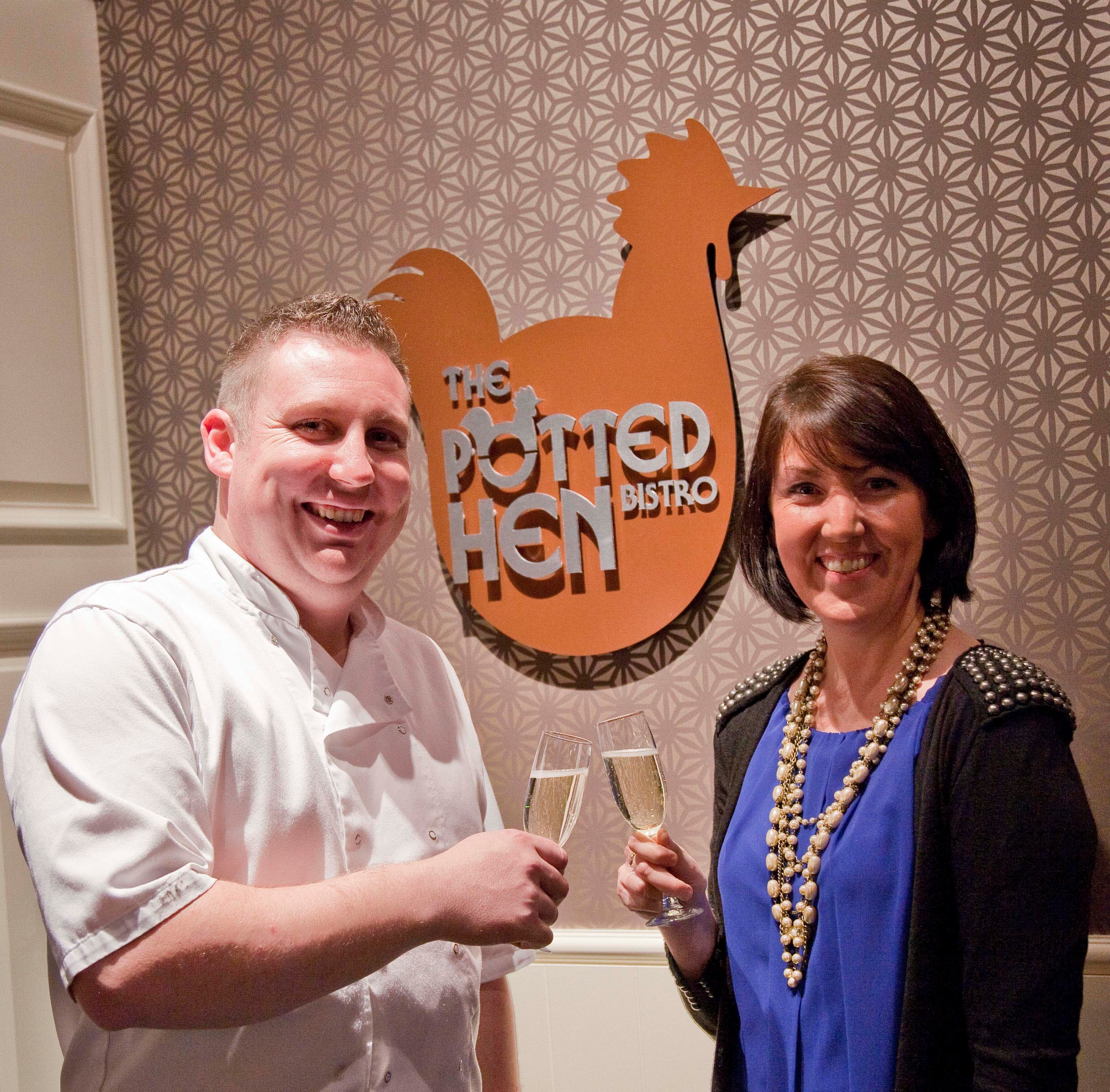