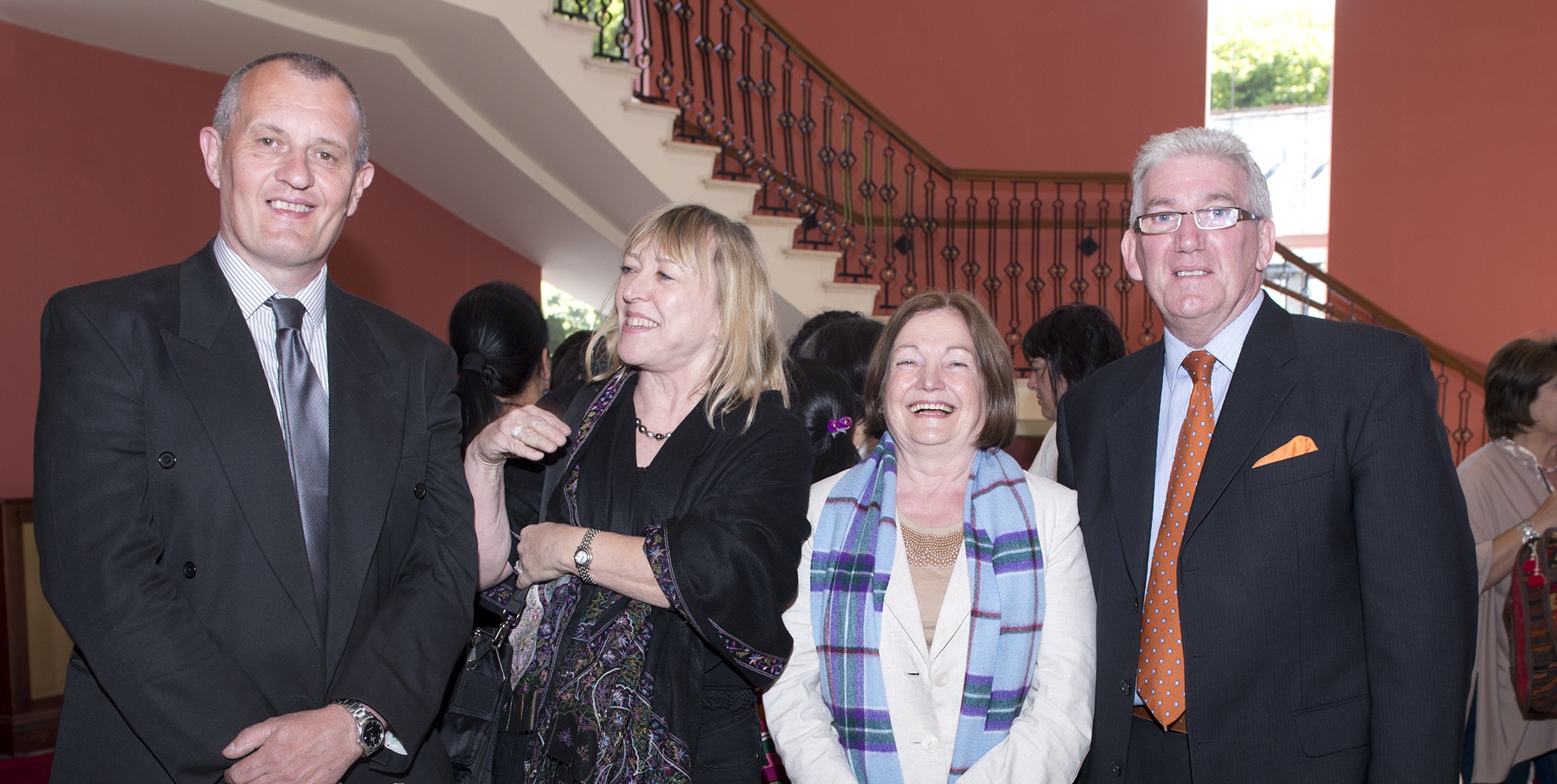 Six Nobel Peace Laureates and 100 conflict resolution experts from around the world were told about the major challenges that remain in Northern Ireland 15 years after the signing of the Good Friday Agreement.

One of the key topics on the first day of the Nobel Women’s Initiative fourth biennial conference at the Culloden Hotel in Co Down was the lessons that can be learned from the Northern Ireland peace process.

Northern Ireland’s Nobel Laureate Mairead Maguire, who was recognised in 1976 for her work in co-founding the Peace People, described the discussion: “Building a Lasting Peace: The Northern Ireland Peace Process” as powerful and challenging.

“We have come a long way 15 years after the Good Friday Agreement but a lot of what was promised hasn’t been implemented in terms of human rights and a shared future. The reality is we are stuck and we have got to break the deadlock and build on what we have achieved.”

Jody Williams, Chair of the Nobel Women’s Initiative, who won the Nobel Peace Prize in 1997 for her work to ban anti-personnel landmines, said there were so many lessons to be learned about the role of women and ex-combatants in helping to build the peace.

“There is so much to explore in their experiences and what they had to say. I wish we could take even more time to explore the challenges of moving beyond the current stalemate, about what happened to the Women’s Movement and the contribution of former combatants.”

Patricia McKeown, NI Regional Secretary of UNISON, said the Northern Ireland peace process had not lived up to its promises

“How do you build a shared future? You don’t do it by ignoring equality and human rights. The biggest losers in the peace process have been the poor and women. We are profoundly disappointed that 15 years on the promises haven’t been delivered.”

Bronagh Hinds, Chair of the Institute of British and Irish Studies at University College Dublin, and a founding member of the Women’s Coalition, called for the restoration of the Civic Forum to parallel the political institutions.

“We have a successful peace process up to a point but we are stuck at this point for a number of reasons so patience is important. Civil society has a vital role in nudging and encouraging the political process to move forward. We need the Civic Forum to parallel the Northern Ireland Assembly at an influential, decision-making level.”

Mr Kirkham, who was a loyalist prisoner from 1972-74, before moving into politics and community activism, said there had been an expectation within the loyalist and unionist community that the peace would bring dividends but many still lived in poor conditions, with bad housing, anti-social behaviour and crime on the increase.

But he said that Northern Ireland had shown the importance of dialogue to resolve conflict. “At the end of this conflict everyone sat around the table. My view has always been to get to the table first and get the negotiations started before anyone else gets killed.”

Mr Smyth, who was a Republican prisoner from 1979 to1989, said his view of the conflict had changed while in prison.

“If you let go of all of the baggage you carry, you can see other people’s points of view. You might not agree with them but you can respect their views. When you are in the middle of a conflict situation you only see what affects you.”

The Nobel Women’s Initiative Conference continues until Thursday and will explore ways of increasing global security by bringing an end to war and militarism. 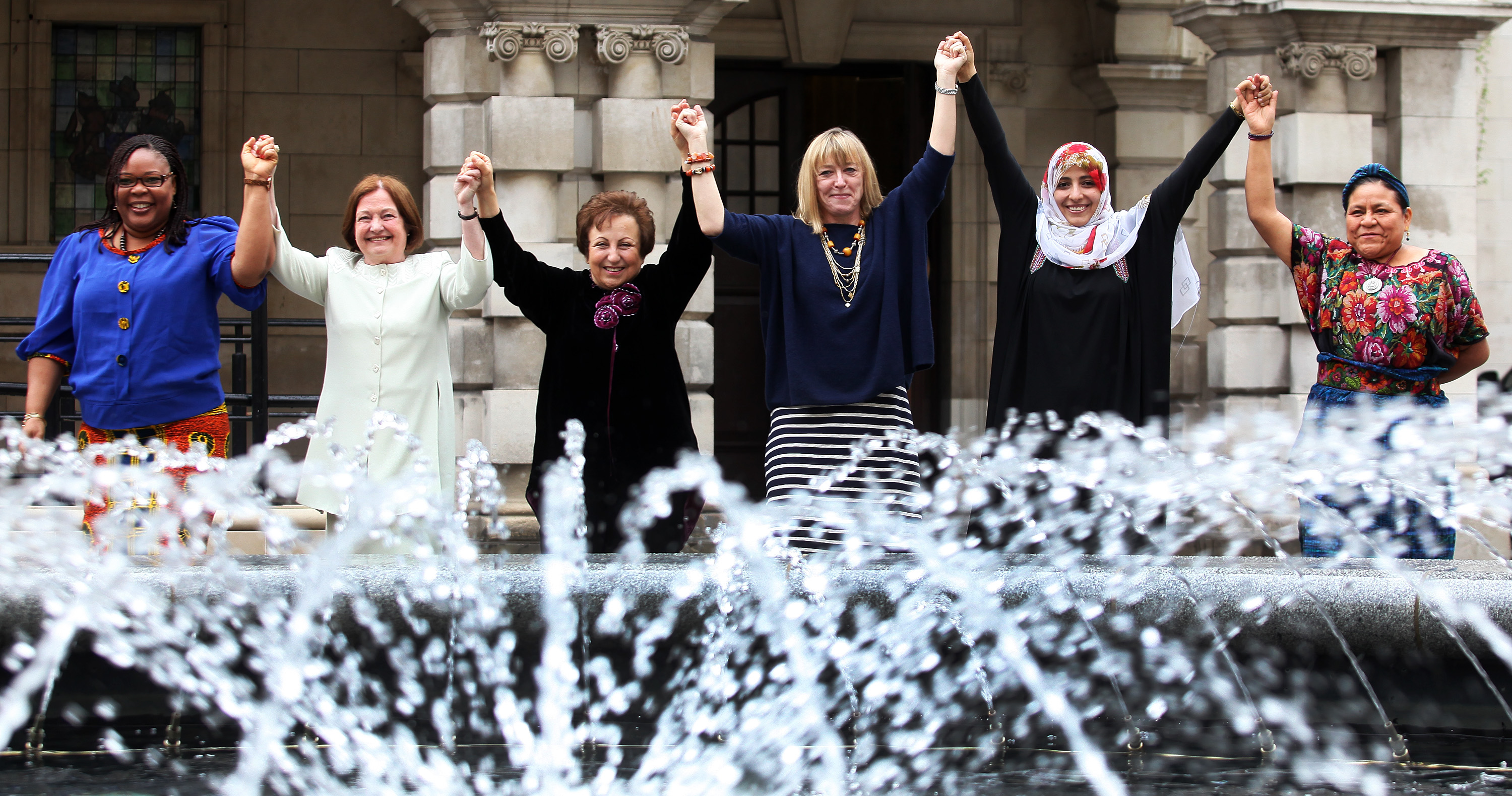