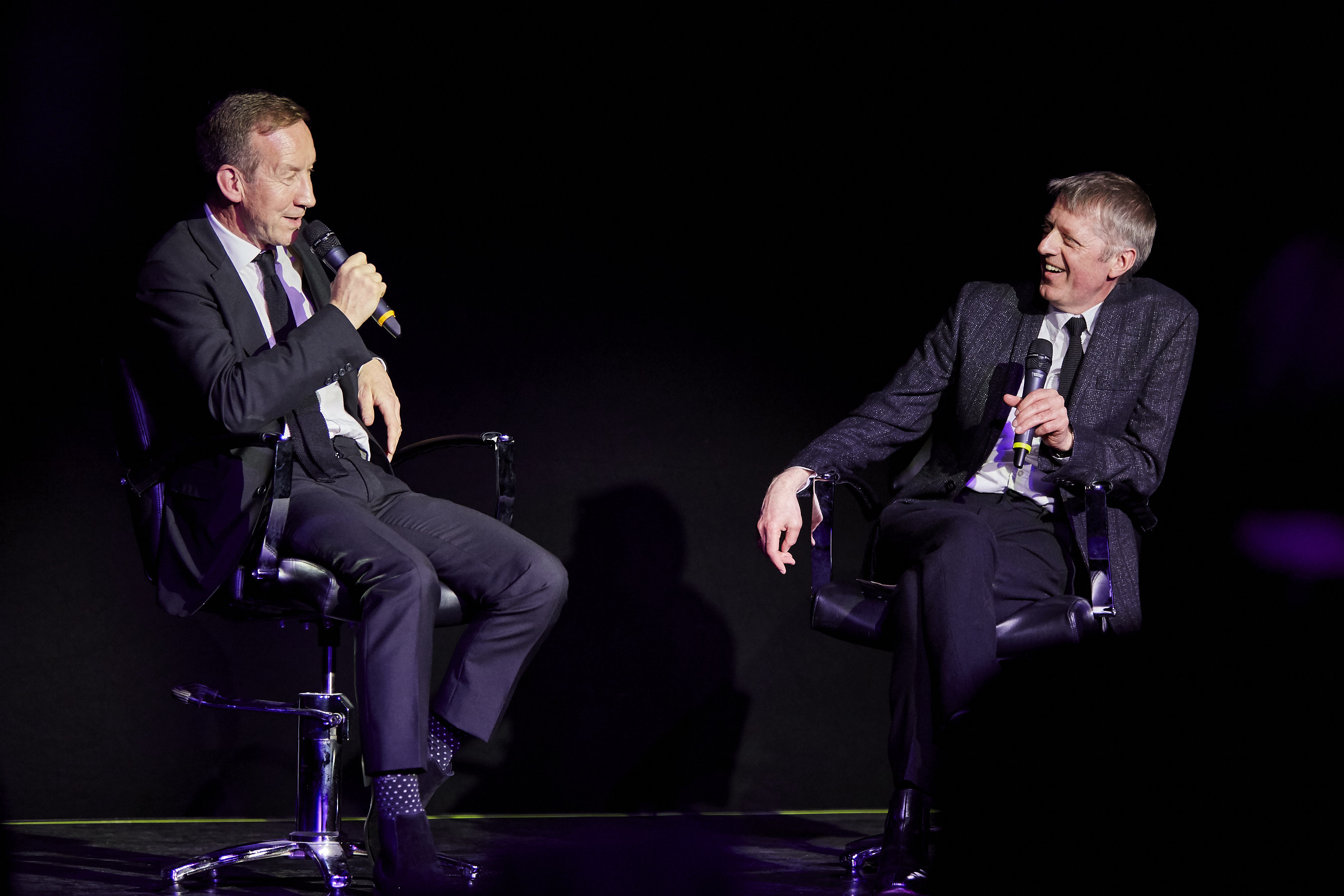 One of the UK’s top film and TV producers, Northern Ireland man Andrew Eaton, has urged talented young people to seize the opportunity to work in the burgeoning creative industries sector.

The Derry man, whose past credits include producing the BAFTA, Golden Globe and Emmy award winning Netflix series, The Crown, was speaking at the annual NI Creative & Cultural Skills Awards, which celebrates outstanding work in the creative sector.

The theme of this year’s event was ‘Inspiring Talent, Realising Ambition’ and Mr Eaton told the young people in the audience that creative jobs are a viable career option.

“When I first set out, the idea of coming from Derry and becoming a film producer wasn’t seen as an option. If you told anyone, they would have just laughed and told you to get a proper job. Things have changed dramatically and the fact that the industry has developed so much in Northern Ireland means it is a proper, serious business.”

Mr Eaton has worked with Ron Howard on the film Rush and was a long-time partner with director Michael Winterbottom in the production company Revolution Films. He’s now looking at a future project set in Derry involving Desmond Doherty’s Valberg crime novels.

The aim of the event was to celebrate the amazing talent here in Northern Ireland as well as the hard work and dedication of those in industry and education who foster and develop future generations.

Sara Graham, Nations Director for Creative & Cultural Skills explained: “The Creative Industries is one of the fastest growing sectors in the UK, yet in the eyes of many it is not seen as a viable career option. There is a clear disconnect and lack of awareness about the wide variety of careers on offer within the Creative Industries. We need to look at ways that we can better support young people in this hugely diverse sector to help them realise their ambitions.”

The event, which was held at Belfast Met Springvale Campus (e3), explored these opportunities and also celebrated the success of the NI Creative Employment Programme, supported by the Arts Council of Northern Ireland National Lottery Funding.

Among those recognised at the annual NI Creative & Cultural Skills Awards were three outstanding young people who won in the Apprentice, Intern and Student categories.

The Apprentice of the Year went to Holly Foskett, Arts Management and Marketing Assistant at the Black Box. The best Student award was won by Ray Walsh from Belfast Met, who studied graphic design and is now working full time as a designer. Belinda Cree picked up the Intern Award for her work at Young at Art, where she has since secured a permanent position organising events.

Derry’s Void Gallery won the NI Creative Industry Skills Award while the Education and Industry Partnership Award went to Belfast Met and BBC for the Make It Digital programme. Tutor of the Year was awarded not to one individual but to a team of three from North West Regional College.

Andrew Eaton told the young people: “You have got to be very determined and realise that your career will take a tremendous amount of hard work. It’s essential to also be aware of what’s going on in the industry as it’s very fast moving and trends shift all the time.”

The event included a panel of politicians discussing the need to establish the infrastructure to support the creative industries.

Mr Eaton urged political leaders to support the young people wanting to enter the industry. “I feel really strongly that politicians need to be reminded how much money this industry generates for the economy. Young people should be supported so that they receive the necessary mentoring and training.

“When people think of the creative industries or film, they think of Hollywood and think it’s glamorous and not a proper job and this affects the way politicians view the industry. But this is a proper job. It’s good for the economy and if you don’t pay young people to learn and do the work, you will not have diversity. You will be turning down potential talent that never will get the chance.”

Belfast Met’s Principal and Chief Executive, Marie-Thérèse McGivern said: “I would like to express my heartfelt congratulations to all of the amazingly talented winners of the NI Creative and Cultural Skills Award including our own two. The college places a strong emphasis on its creative provision including delivering courses in the fantastic e3 campus under the auspice of forthcoming Belfast TV & Film School such as broadcast journalism, animation, digital publishing and film and TV production as well as fashion management and computer game design in our Titanic Quarter campus. We pride ourselves that our excellent teaching staff all have vital industry experience in their respective fields which is invaluable when instilling the insider knowledge and know-how that’s required to work in the creative industries.” 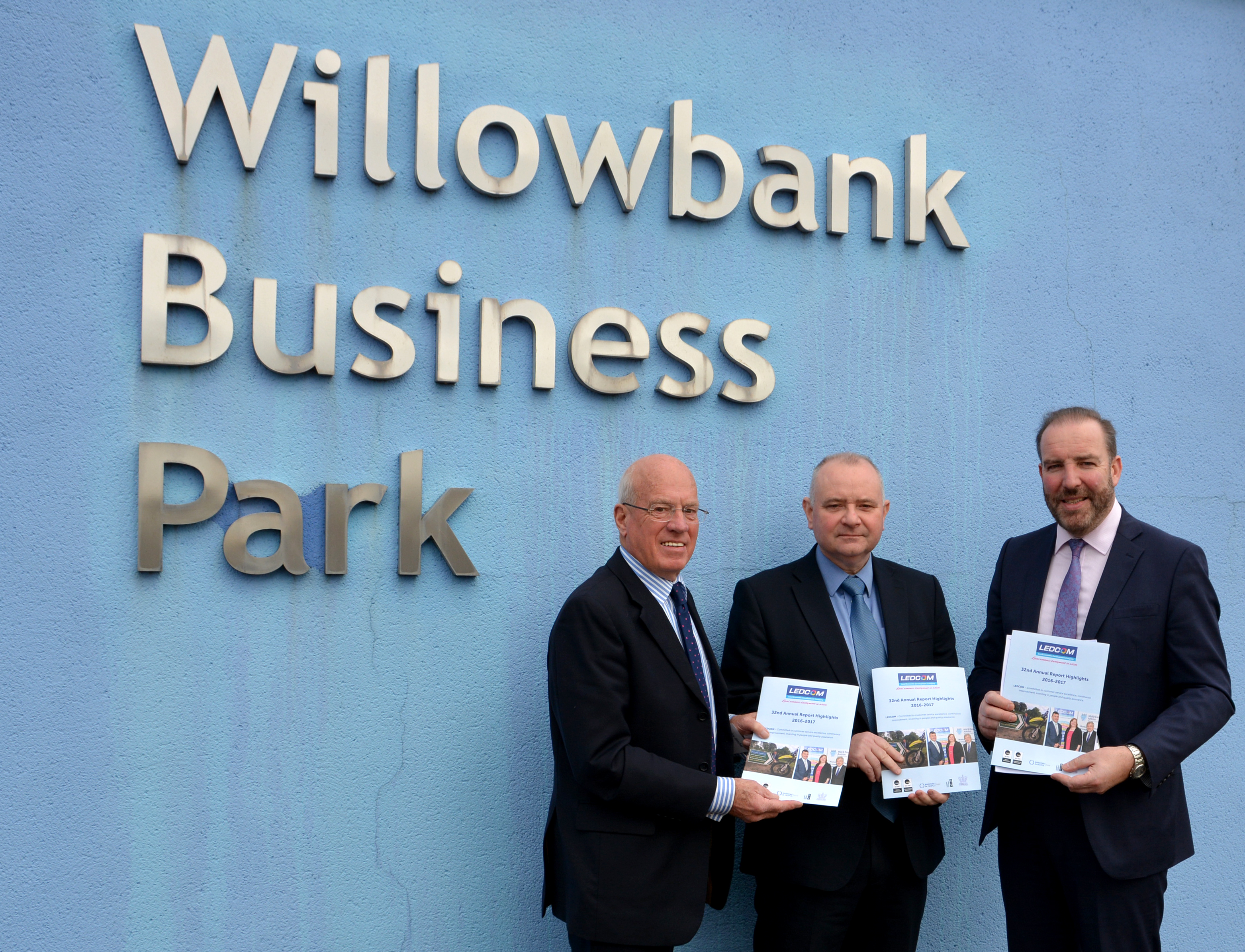