Live improv, the Best of the Festivals and the cream of British, Irish and International comedy talent – there are loads of laughs this Christmas as Festive Funnies returns to the Grand Opera House.

Kicking off the five night season of post panto merriment on December 8 is a special edition of Whose Line is it Anyway with special guest, Phill Jupitus of Never Mind the Buzzcocks fame.

The panel show favourite, a popular visitor to these shores, is treading the boards at the Opera House again after appearing in May in the musical comedy Spamalot.

Phill is joined by Stephen Frost’s Improvisers, including Stephen Frost himself, Andy Smart, Stephen Steen and Ian Coppinger, all members of the famous Comedy Store Players. The team has been making people laugh all over the world with their unique brand of irreverent improvised comedy.

Friday, December 9 is an unmissable treat for comedy fans as Colin Murphy hosts ‘The Best of the Festivals 2011’ featuring some of the brightest comics on the circuit.  Colin is well known to local audiences as a regular of The Blame Game and MC at the Empire Laughs Back comedy club.

The show will give Belfast punters the chance to enjoy the spiky humour of Dana Alexander, ‘Canada’s only black female stand-up’. Dana is brash, outspoken and is currently taking the comedy circuit by storm. She talks about everything from family to sex to culture with a down-to-earth sensibility.

Also on the bill is Michael Smiley from Holywood, the hangdog looking actor and comedian who has graced the screens in the movie Kill List and in top televisions shows such as the cult comedy Spaced, Luther and Wire in the Blood. And there is also Jarlath Regan, one of the top comedians in Ireland and a regular on RTE.

December 10 sees an appearance by the ever-popular Neil Delamere, one of the sharpest talents on the Irish comedy scene and a regular on The Blame Game. Neil’s shows sell out regularly in Northern Ireland and he is bringing his much heralded new show ‘Restructuring’ to the Grand Opera House stage.

Neil is supported by the hilarious Lurgan comic Micky Bartlett one of Northern Ireland’s fastest rising stars and now a compere at the famous Empire Laughs Back Comedy Club in Belfast.

The season finishes in style with an all-star line-up featuring the zany Milton Jones with Tim McGarry and Diarmuid Corr, star of the new BBC NI comedy series ‘Sketchy’.

The wild-haired and multi-award winning Jones is a master of the surreal one-liner, a stalwart of Mock the Week and is the current Chortle website ‘Headliner of the Year’.

He has recently written a novel called Where do Comedians Go When They Die? which has been described by crimewriter and comedian, Mark Billingham as ‘hilarious, moving and truthful. Finally a book that tells you what it’s REALLY like to tell jokes for a living. And no-one tells jokes better than Milton Jones.”

Tim McGarry needs little introduction to Belfast audiences – Da in ‘Give My Head Peace’, the taxi driver on Hearts and Minds and host of The Blame Game – he has been one of the favourite comedians on the local circuit for years.

He is joined by relative newcomer Diarmuid Corr, the Co Tyrone-born writer/performer behind BBC NI’s ‘Sketchy’ and one of the brightest new talents on the local scene. 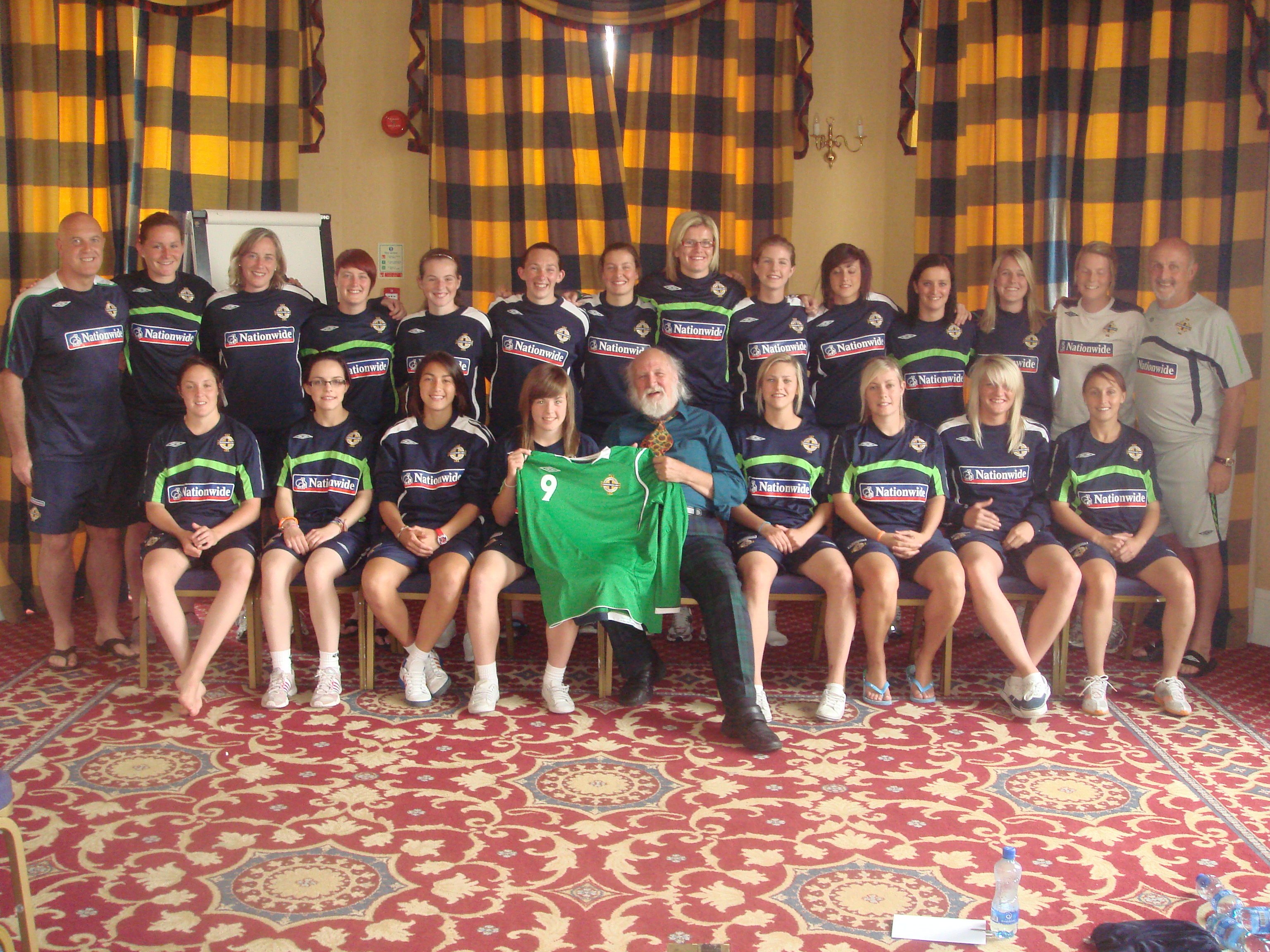