Booklet reveals tales from one of Belfast’s most historic quarters 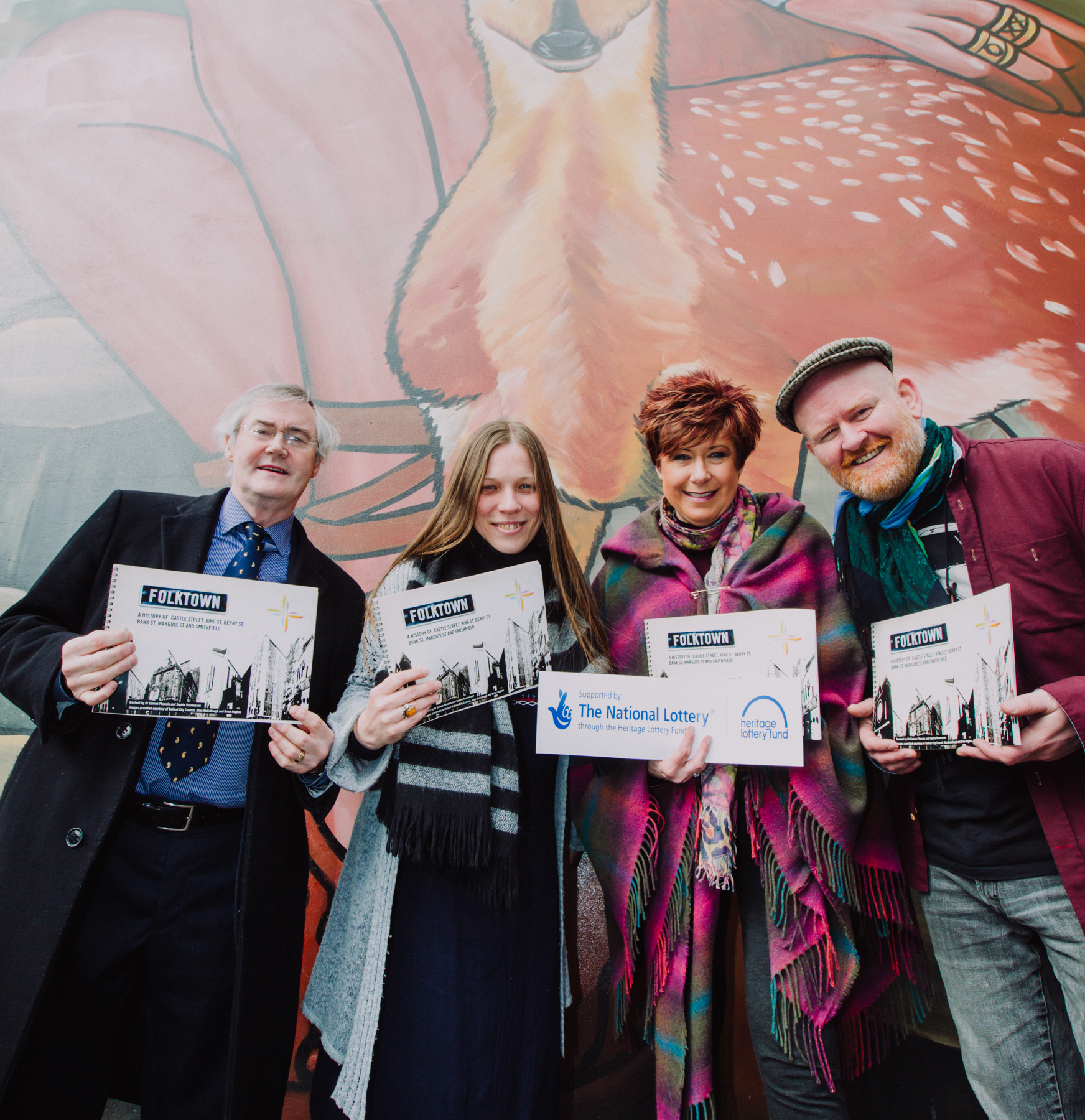 A booklet celebrating the colourful history and heritage of one of Belfast’s oldest districts was unveiled today (March 29).

The Folktown Heritage booklet was part of an oral history project carried out by Folktown initiative and funded by the Heritage Lottery Fund (HLF).  A team of dedicated researchers was put together to record interviews, research archive material and gather as many stories as possible.

An online audio archive will go live as part of the publication launch. It is the result of months of interviews with people who lived and worked in the bustling Smithfield, King Street, Castle Street, Bank Street and Berry Street area of the city.

Folktown CIC Director Sophie Rasmussen said it would be of great interest to the general public but would also be a valuable resource for schools, youth clubs and community groups.

She added: “The aim of the project was to inform, entertain and educate the public about the hidden history of this area. We would not have been able to do it without support from the Heritage Lottery Fund.

“This part of Belfast is undergoing a renaissance with the refurbishment of Bank Square, the opening of new restaurants and the building of a new boutique hotel. But I think the public will be interested in the lives of the people who lived here hundreds of years ago.”

Paul Mullan, Head of Heritage Lottery Fund in NI added “We were delighted to fund this project which explored the history and heritage of Folktown area of Belfast. There was a rich vein of stories, characters and social history to be explored. We congratulate the project team on all their hard work researching, collecting and sharing the heritage. The project was funded through the Our Heritage programme which is a great funding stream for a wide range of heritage projects. If you play the National Lottery then it is thanks to you that we can fund heritage projects right across Northern Ireland”

The booklet was produced with the help of celebrated historian and author Dr Eamonn Phoenix, who has researched the area with its colourful past and maze of narrow streets with names such as Squeeze Gut Entry and Crooked Lane.

At the launch in King Street, Dr Phoenix shared many stories of the people who lived and worked in the area, which was the focal point of the small Catholic population of Belfast back in the 18th century.

He said that Castle Street was the main thoroughfare of this western part of the old town: “In 1756 Castle Street had a generally run-down appearance with low ruinous thatched cabins. By the 1790s however it had become caught up in the hurly- burly of Irish revolutionary politics associated with the rise of the United Irishmen, founded in Belfast by Wolfe Tone in 1791.”

Castle Street was also the scene of two theatres in Georgian Belfast and by the end of the 1820s was a blend of private houses and milliners and dressmakers shops. By 1900 there were pubs, fish and fruit merchants and cabinetmakers.

Dr Phoenix spoke of the many characters who lived in the area including Sean MacEntee, the only Belfast man sentenced to death for his part in the Easter Rising. His friend, Belfast Unionist Councillor Tommy Alexander helped him escape execution and his death sentence was commuted to penal servitude.

And there was also the firebrand preacher, ‘Roaring Hugh Hanna’ who was Minister of Berry Street Presbyterian Church in the 1850s, was known for his anti-Catholic sermons and his opposition to Irish self-government.

Religious worship was and remains a feature of the area and in 1784, ‘old St Mary’s’, the first Catholic Chapel to be built in Belfast was opened in Chapel Lane on the site of the present day church. The church was financed with the help of Protestant residents of the town.

A few of the old buildings remain from the 18th and 19th centuries including historic Kelly’s Cellars (around 1780) which was managed by Belfast Nationalist politician ‘wee Joe’ Devlin in the 1890s and the Hercules Bar and Restaurant on the corner of Castle Street and Chapel Lane which was built in 1840.

Meanwhile, the weekly Folktown Market will be returning to Bank Square on Saturday May 5th from 12-5pm, with stalls selling fresh food, and arts and crafts. The market will host the popular Festival of Fools.

The Heritage Lottery Fund has supported the Folktown Heritage Celebrations uncovering the heritage in Folktown. www.hlf.org.uk 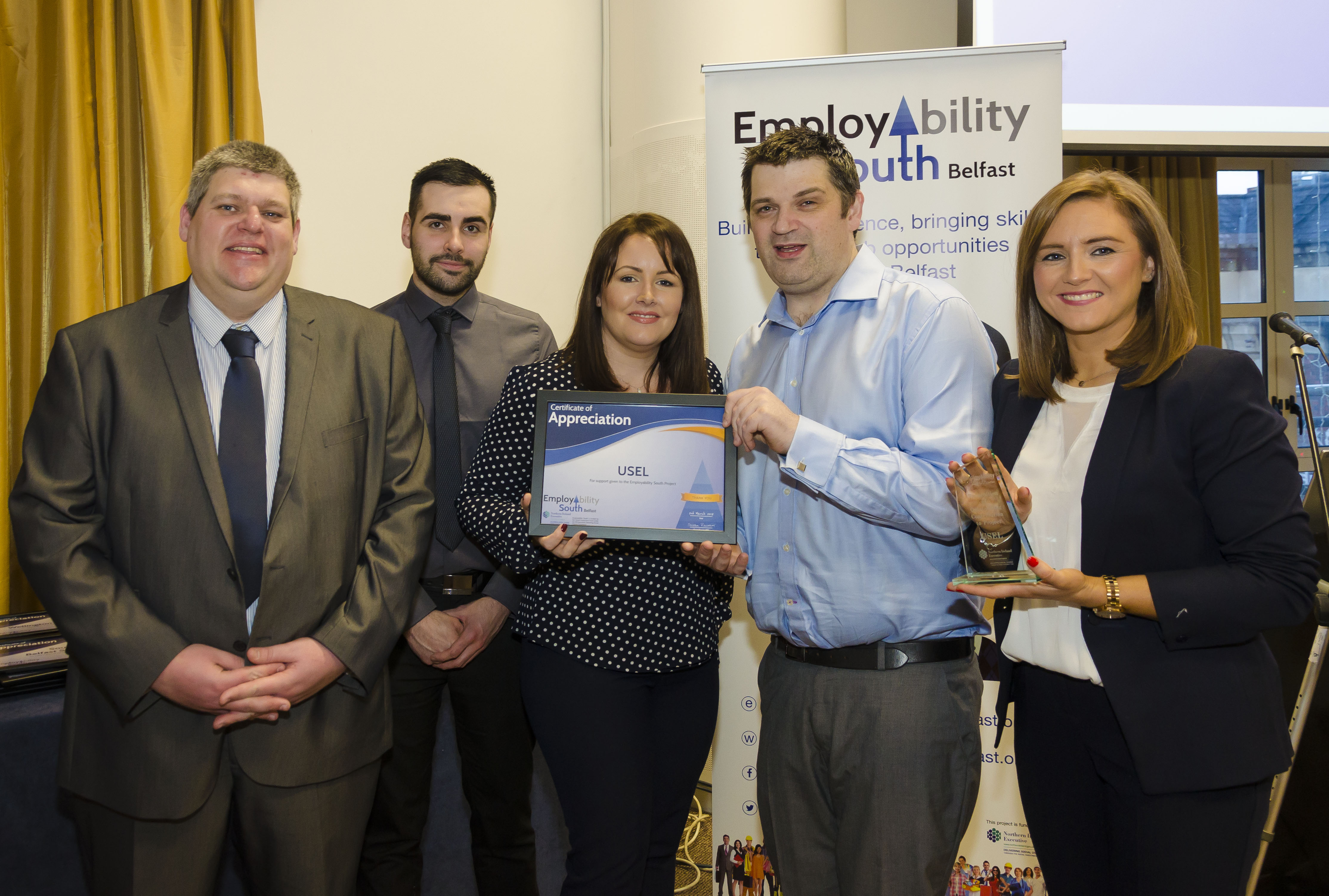