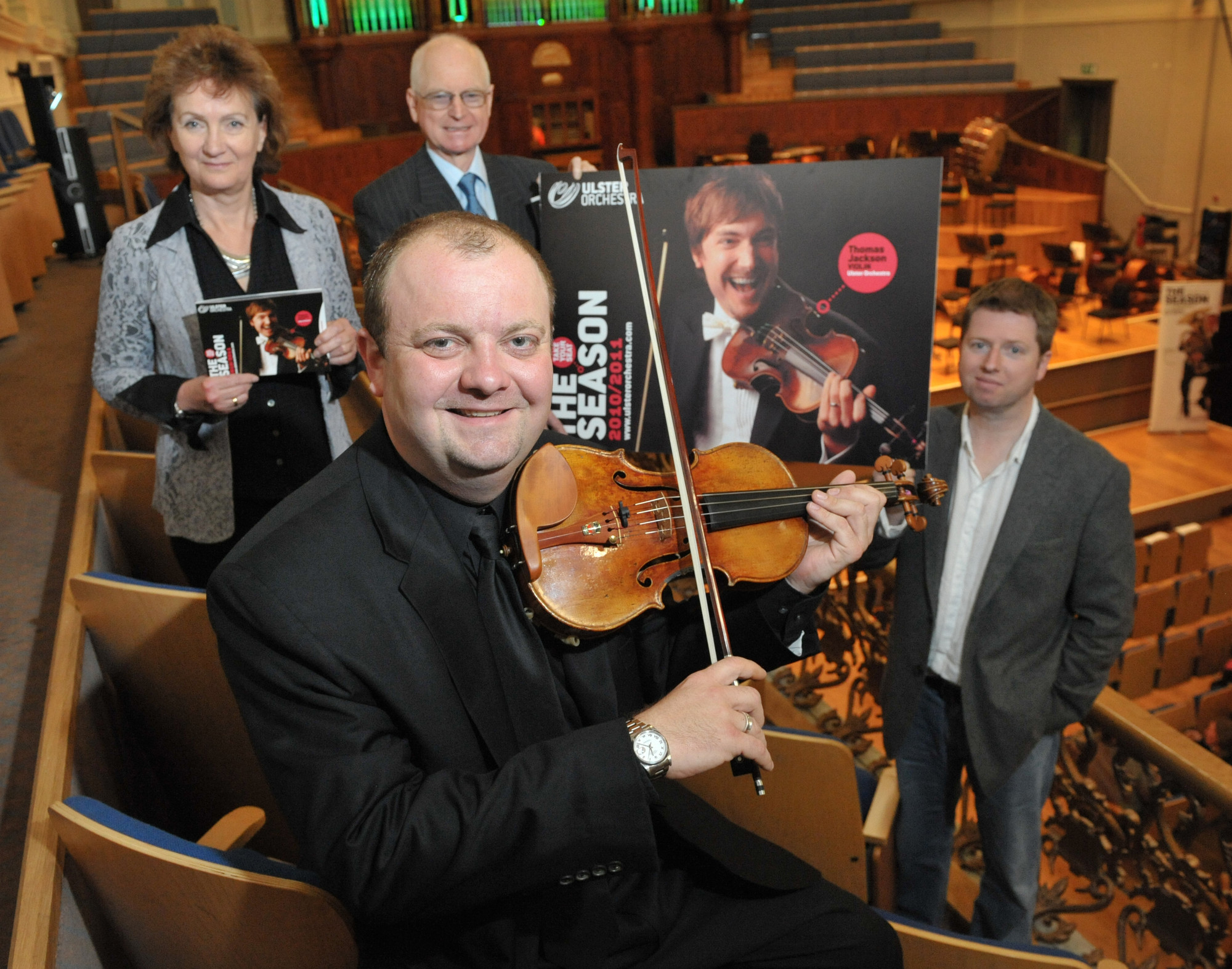 Two of Belfast’s favourite musical sons, Barry Douglas and James Galway, will be performing with the Ulster Orchestra during its packed new concert season 2010/11 announced today.

The Man with the Golden Flute – Sir James Galway – plays at the Belfast Waterfront in April, following his sell-out concert last Christmas.

Barry Douglas will play at the Waterfront in October as one of the pianists performing all four of Rachmaninov’s Piano Concertos. He also returns later in the season with the Third Piano Concerto by the Hungarian composer Bartók, whose Concerto for Orchestra will close the season in May 2011.

The Hungarian link is a good one. Coincidentally the Orchestra has just appointed a new leader – Hungarian born Tamás Kocsis, who is leaving sunny Florida where he was the Concertmaster of the Orlando Philharmonic.

“I’m really looking forward to working with the Ulster Orchestra. In recent weeks I’ve had the chance to meet the players and I think this is a fabulous group of musicians. The new season offers a great variety of music for all tastes. It will be an exciting year for the audiences and for me!” he said.

A Northern Ireland face joining the team is Ian Wilson, the Orchestra’s new Associate Composer. He has been commissioned to write a new work to mark the Titanic anniversary in 2012.

The new season, with its mix of popular classics and tantalising treasures including works by Argentinians Piazzolla and Golijov, begins in mid-September, after the Orchestra has travelled to London to play in the Royal Albert Hall for the BBC Proms. For the opening concert at the Belfast Waterfront, conductor Bramwell Tovey and the great Russian pianist Boris Berezovsky offer what should be a sell-out programme of Beethoven, Wagner, Rachmaninov and Mussorgsky.

The Arts Council of Northern Ireland, which founded the Ulster Orchestra 44 years ago, welcomed the new programme. Speaking at the launch, Arts Council Chief Executive, Roisín McDonough said:  “The relationship between the Arts Council and the Ulster Orchestra has been a close and rewarding one throughout the years. As one of Northern Ireland’s key cultural institutions its drive for excellence and innovation and its ability to support Northern Ireland’s outstanding musicians, conductors and composers is a credit to them. We look forward to another new season of memorable orchestral performances and wish the Orchestra every success.”

The Popular Classics concerts, always big hits with the public, feature a great choice of concerts including:  music from Broadway, the New Year Viennese concerts, the ever popular Film Night featuring the music of John Williams, and an evening of music from the USA.

Following this past season’s successful Chopin Festival, the Ulster Orchestra follows it with a Festival in late January/early February to mark the bicentennial of the birth of Franz Liszt, one of the most important composers of the Romantic period. This festival fortnight will include full orchestral concerts, recitals, films at the QFT and a masterclass.

For further information on the new season, contact the Ulster Orchestra Box Office on 028 9023 9955 or go to www.ulsterorchestra.com.