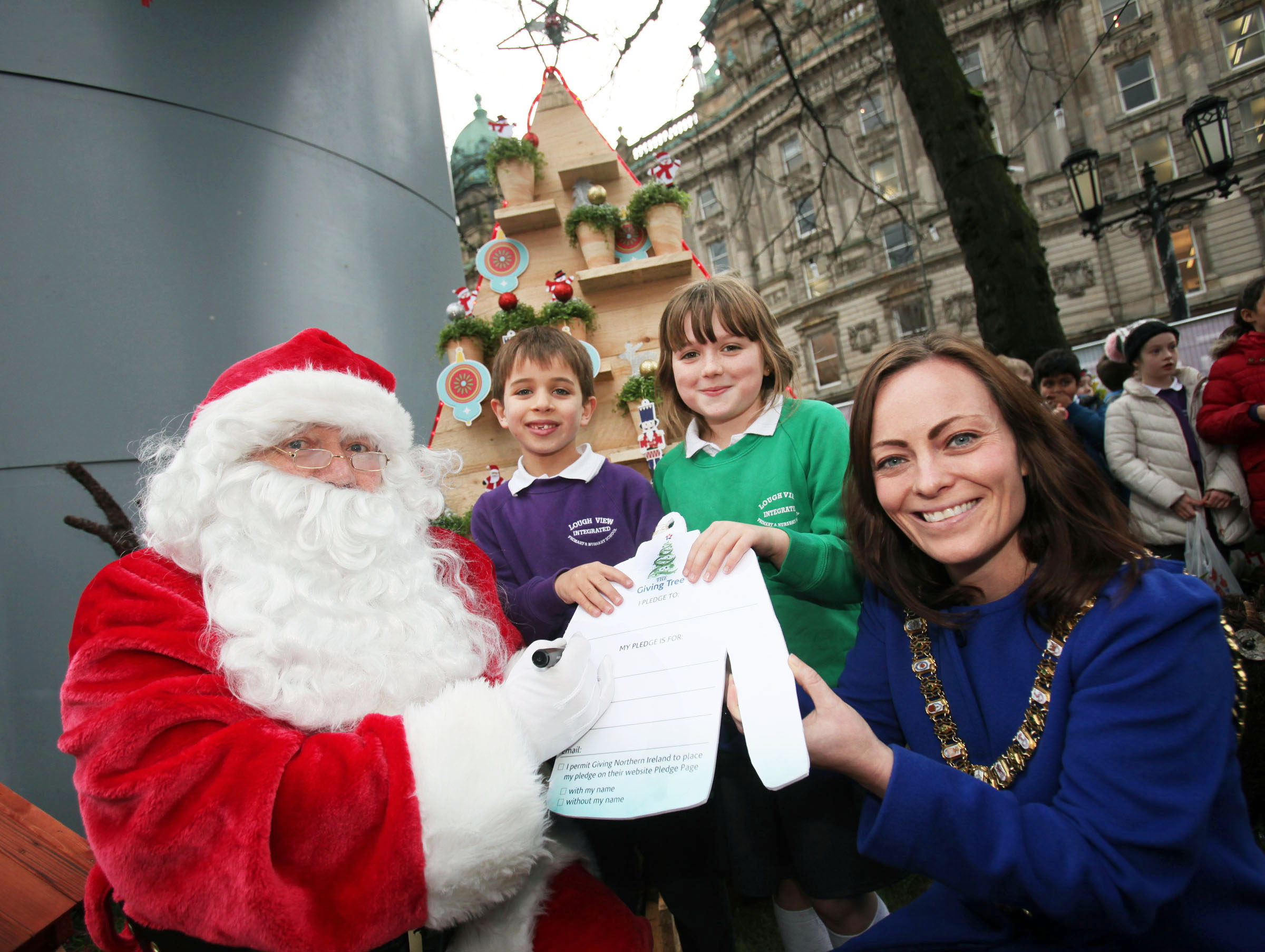 A second tree has been erected in the Dutch Plant stall at the festive market, to raise money for deserving causes as part of global charity drive, Giving Tuesday.

The annual Christmas Market is hosting the ‘Giving Tree’ to encourage visitors to pledge donations to their favourite charities.

First to put a pledge on the tree was Santa, who arrived at the Belfast Christmas Market to take up his place in the Grotto for the weeks leading up to the big day.

The Giving Tree is the brainchild of Giving Northern Ireland in support of worldwide social media phenomenon, #GivingTuesday, which is tweeting and face-booking its way to Northern Ireland for the first time.

Charities are being offered three hour slots to persuade people to make pledges and place them on the tree. Special Giving Tuesday tags have been made to represent each pledge.

Giving Northern Ireland Strategic Advisor Sandara-Kelso Robb said the aim was to make the tree the focal point for Giving Tuesday, which takes place on December 2 in response to the high volume shopping days of Black Friday – the day after Thanksgiving and Cyber Monday – the busiest online shopping day of the year.

She added: “We are hoping that visitors to the Belfast Christmas Market will flock to the Giving Tree and give pledges to their favourite causes. The aim is to put the concept of giving to others in its rightful place at the forefront of the festive season.

“It is just one aspect of Giving Tuesday, which is really beginning to gather momentum in Northern Ireland. We would appeal to individuals and organisations to sign up to be a partner of #GivingTuesdayNI and make it a great Christmas for others less fortunate.”

The traditional tree was donated by the Belfast Christmas Market traders, Dutch Flowers on Tour, who brought it to Belfast especially for the charity campaign.

Managing Director of Market Place, Allan Hartwell said he was delighted to be able to help such a worthy cause. “Giving Tuesday is a great idea and when the organisers asked if we could supply a Giving Tree we were happy to do so. We have been bringing the Christmas Market to Belfast for ten years and throughout that time we have always encouraged people to give something back. We hope the people of Belfast and Northern Ireland get behind this fantastic initiative.”

#GivingTuesdayNI is being co-ordinated by Giving Northern Ireland and The Charities Aid Foundation, which is responsible for launching it in the rest of the UK.

Ben Russell, Director of Communications at the Charities Aid Foundation, said: “We are so thrilled that Northern Ireland is embracing Giving Tuesday. The idea of the Giving Tree is brilliant and may well be repeated in other places throughout the UK.

“#GivingTuesday just means doing one thing for a good cause on December 2, offer to volunteer your time, set up a regular donation to your favourite charity, get on Twitter or just talk to your family about a cause you care about – anything goes.”

Giving Northern Ireland has designed a special Giving Tree Facebook Page and a Pledge Wall on its website.

#Giving Tuesday was set up in the US by British man Henry Timms two years ago to persuade businesses, communities and local individuals to devote one day a year to giving to worthy causes.

#GivingTuesday has proved to be very successful in the US and has been supported by The White House, Bill Gates, Hugh Jackman, Charlize Theron, Jennifer Lopez, Ringo Starr, Kevin Bacon, Heidi Klum, Lily Cole, Facebook and Google to name a few.

Online giving on #GivingTuesday 2013 was up 90% on 2012 and the average online gift increased from $101.60 to $142.05.  Part of the success of Giving Tuesday was generated by social media – last year there were 200,634 Tweets sharing everything from fundraising events to offering donations. Two billion impressions were achieved across all social media channels.

Belfast Christmas Market is operated by Market Place Europe Ltd. The market remains in the grounds of City Hall until 21st December 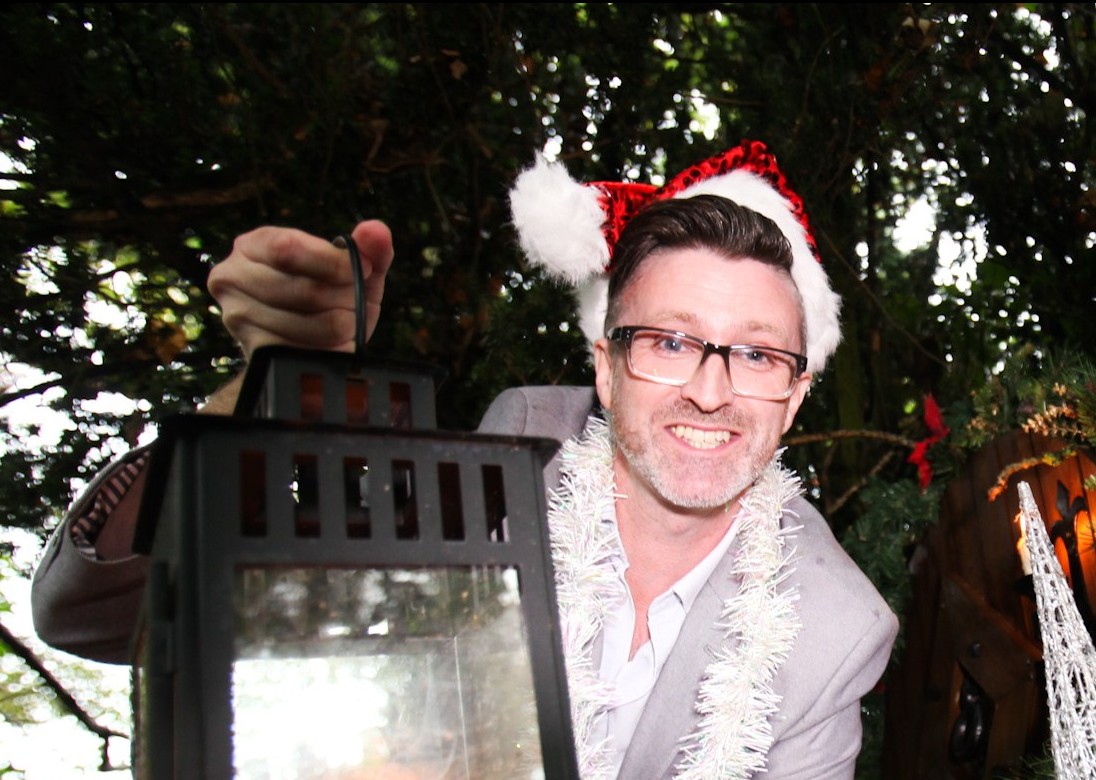