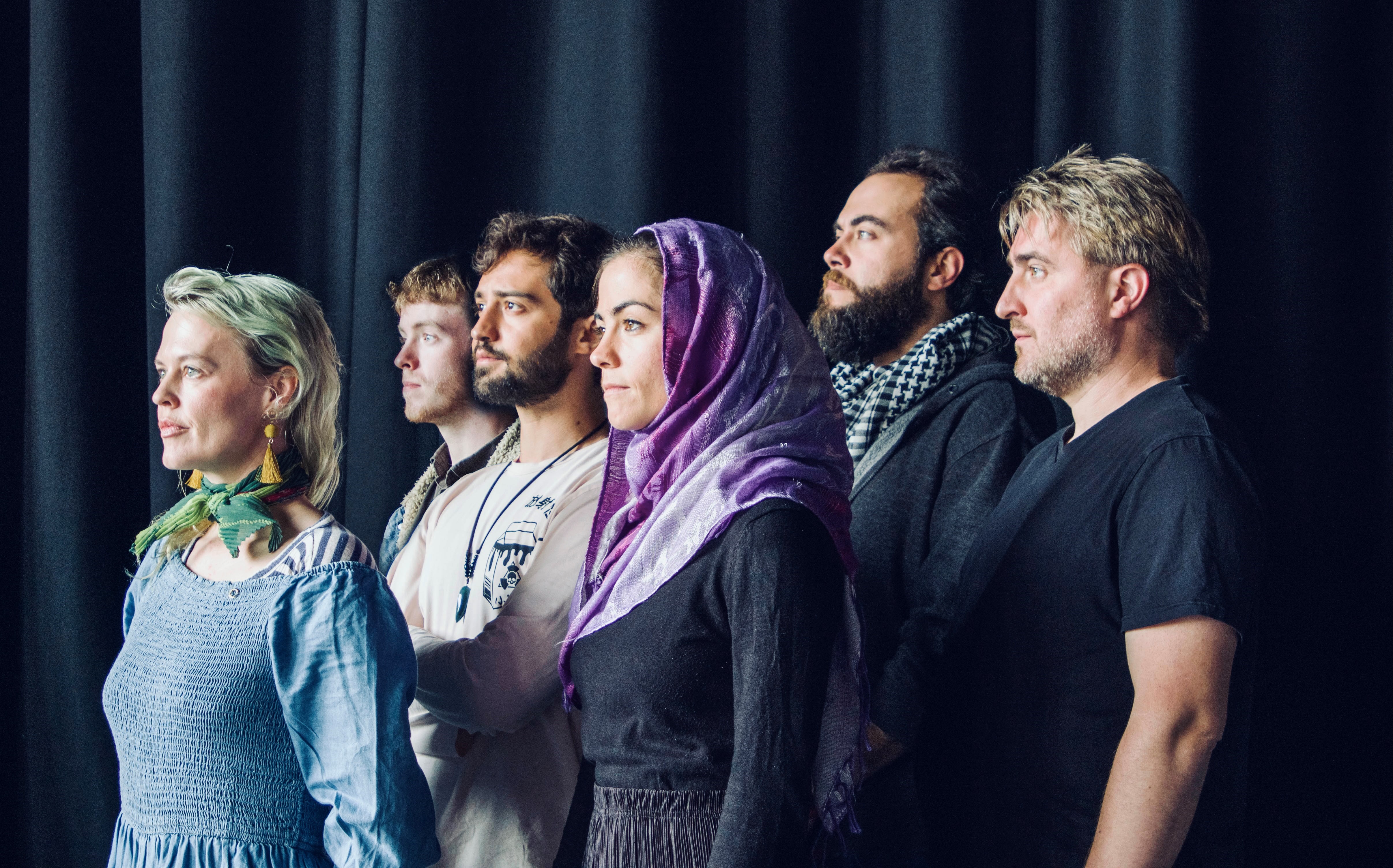 A shop in Derry’s Shipquay Street that became a meeting place for Syrian refugees and local people is the inspiration behind a new play produced by award winning Sole Purpose Productions at The Derry Playhouse Theatre from September 23-25.

Samara’s Shop, managed by Mohamad Ali, became an unofficial advice centre for refugees fleeing the war in Syria when they began arriving in Derry in 2016.

Patricia Byrne, the Artistic Director of Sole Purpose Productions, wrote the play because she saw a resonance between the people who left Ireland during the time of The Great Hunger and people arriving in Derry from Syria.

Patricia said: “I was interested in writing a play comparing the desperate plight of modern-day refugees with emigrants fleeing the ravages of the Irish Famine. Both were prepared to take extremely hazardous journeys on ill-equipped vessels to find a new life.

“These ideas had been swirling around in my head for some time and I decided to use the shop as a setting where people who were leaving Ireland during The Great Hunger cross paths with people arriving from Syria and share their stories and experiences.”

During her research she was inspired by a series of documentary films, Atlantean, made by Bob Quinn in the 1980s. In a four-year study, he found that Arabic communities living in North Africa traded with Ireland by sea many hundreds of years ago, and as a result there are many similarities between Irish and Arabic cultures, including the language and music.

The ideas were further developed through workshops with Irish and Arabic speakers, actors, musicians and some local Syrian refugees. The play will include Irish and Syrian actors who will perform music and speak in their own languages. The cast will include Baraa Halabieh, Karim Motaz, Julie-Yara Atz, Cara Park and Sean Donegan. One of the London-based actors, Baraa Halabieh, is a refugee who spent five months in The Jungle Refugee Camp in Calais. Baraa said, “I am really looking forward to working on this production and to seeing the merge of cultures.” He will be playing Yoissef, the Manager of Samara’s Shop.

The play begins with two female characters, Muireann, a presence from the time of the great hunger and Syrian refugee Sedra performing a call and response musical sequence in Irish and Arabic. Musical Direction and composition is by Martin Coyle with Paul Cutliffe and Nikos Petsakos. With a truly new sound, the music perfectly magnifies the similarities between Irish and Middle Eastern tones, making for an amazing sensory experience. Samara’s Shop is a play for the present, the past and the future and the vital link between us all.

Sole Purpose Productions is a multi-award-winning theatre company and will be celebrating 25 years in 2022. It uses the discourse of imagination to investigate and illuminate social and public issues. For more information about Sole Purpose go to www.solepurpose.org and for how to book tickets go to: https://www.derryplayhouse.co.uk 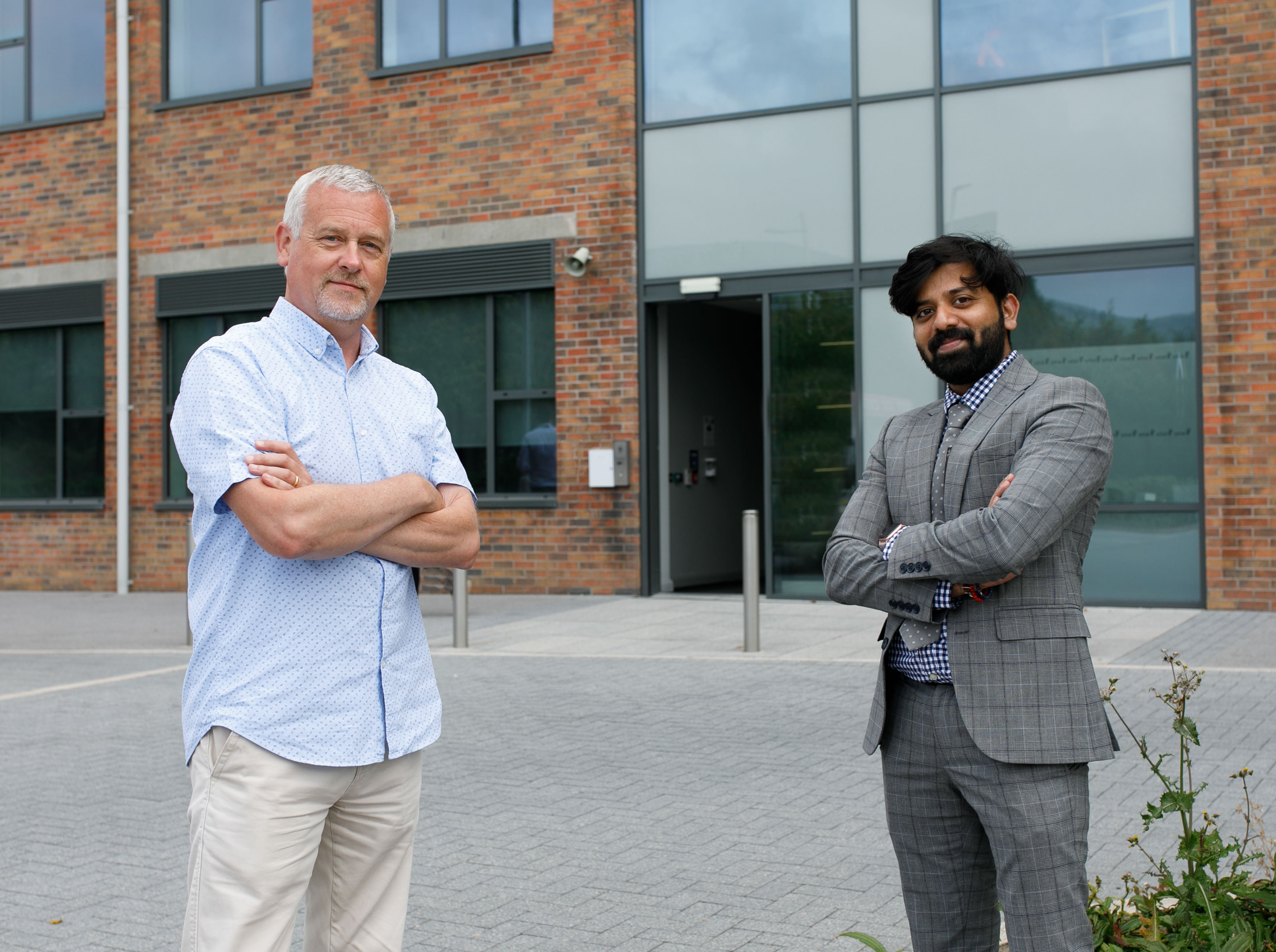