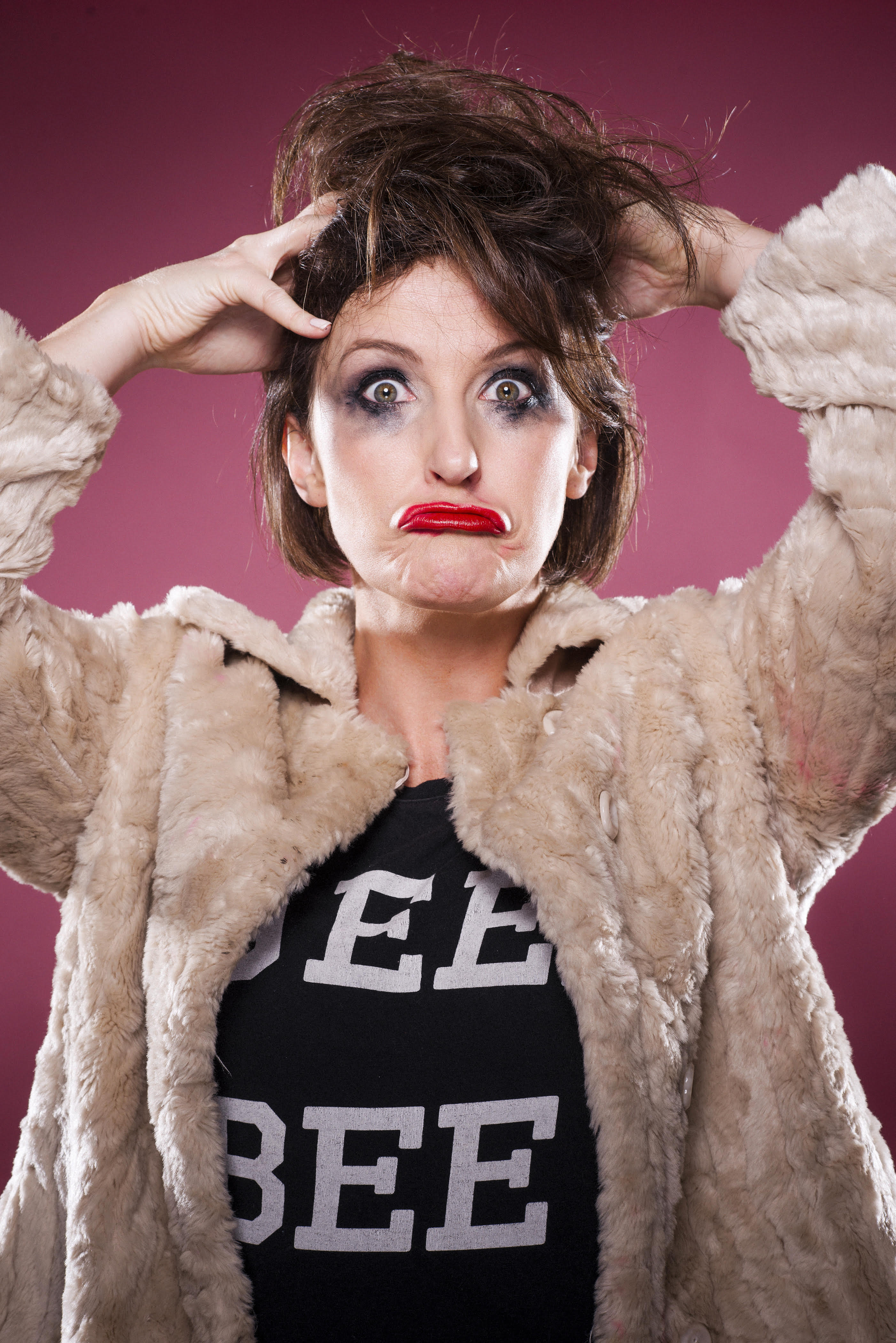 With her tear streaked mascara, rats nest of hair, Teresa Livingstone totters on stage on her vertigo-inducing stilettos and delivers a powerful and hilarious tirade about the plight of the thirtysomething single lady.

Teresa, one of Northern Ireland’s most exciting new comedians has taken her one-woman show on the road after a sell-out performance at the Black Box in Belfast.

Her show, Delighted, features witty songs about smug posh women, diet clubs, men in bars, being single and much more.

Teresa’s comedy career has taken off in the last year with performances on two series of BBC NI sketch show Late Licence, opening the Blame Game Anniversary show at the Waterfront Hall and also performing in Brussels on Culture Night at the invitation of the Arts Council for Northern Ireland. She also developed a new character – a feisty make-up lady who gets a little too up close and personal.

Kicking off in September she is performing nine dates from Belfast to Derry, Armagh to Strabane giving audiences the chance to enjoy her unique brand of craic.

In her show, Teresa totters on stage, a girl dishevelled after a long night out, hair in a state, make up down her face. Her character, which she describes as a darker shade of herself, is a woman on the verge.

“My character is a thirtysomething woman who has just had it and she’s not going to take anymore. She’s had too many smug women making her feel that her life is rubbish, too many bad nights out with unsolicited advances and too many knock backs in her career. So she’s going to sing about it,” Teresa explains.

With a piano, a gin and the voice of a woman who has reached the point of no return, Teresa is ready to share her ‘delight’ at how life just isn’t going so well. With hilarious songs like “Cake and Wine” and “Nice Ladies”, no one escapes Teresa’s commentary.

Teresa is a skilled musician who began playing piano at the age of four and studied music at university before working as a music teacher in an all-boys school in West Belfast. She spent her evenings playing piano and singing in hotel bars. She came to a point in her life where she knew everything had to change and she decided teaching wasn’t for her.

It was then that she discovered comedy improv through the Crescent Arts centre and loved the silliness and finding the funny side of the smallest things. She joined the improv group Wonder Frog.

Inspired by the comedy charm of Tina Fey and Amy Poehler and the quirky songs of New Zealand duo Flight of the Conchords, Teresa began writing her well-observed songs about everyday life in Northern Ireland.

“My first song was ‘That Would Be A No’ which is about sleazy men in bars. I performed it at an open mic night and won a case of cider. That was motivation to keep going,” she said.

“The humour in my songs seems to resonate with both men and women. The songs aren’t all girly and they aren’t anti-men. In fact, I actually give off a lot more about women! The new show will look at everything from managing stress to using Facebook to the difference between men and women on a night out,” she added.

To find out more about Teresa, check out facebook.com/delightedforyou/ 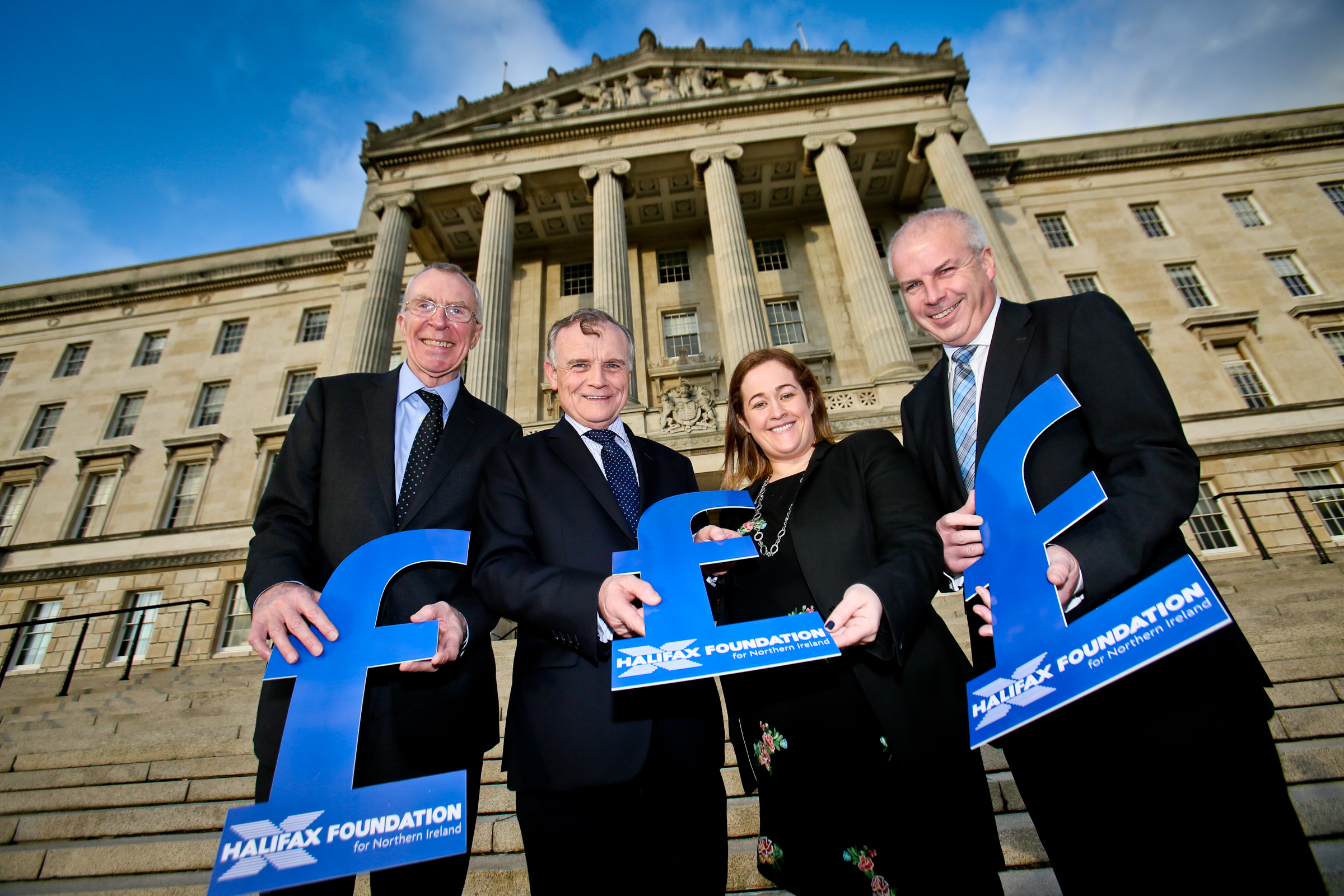