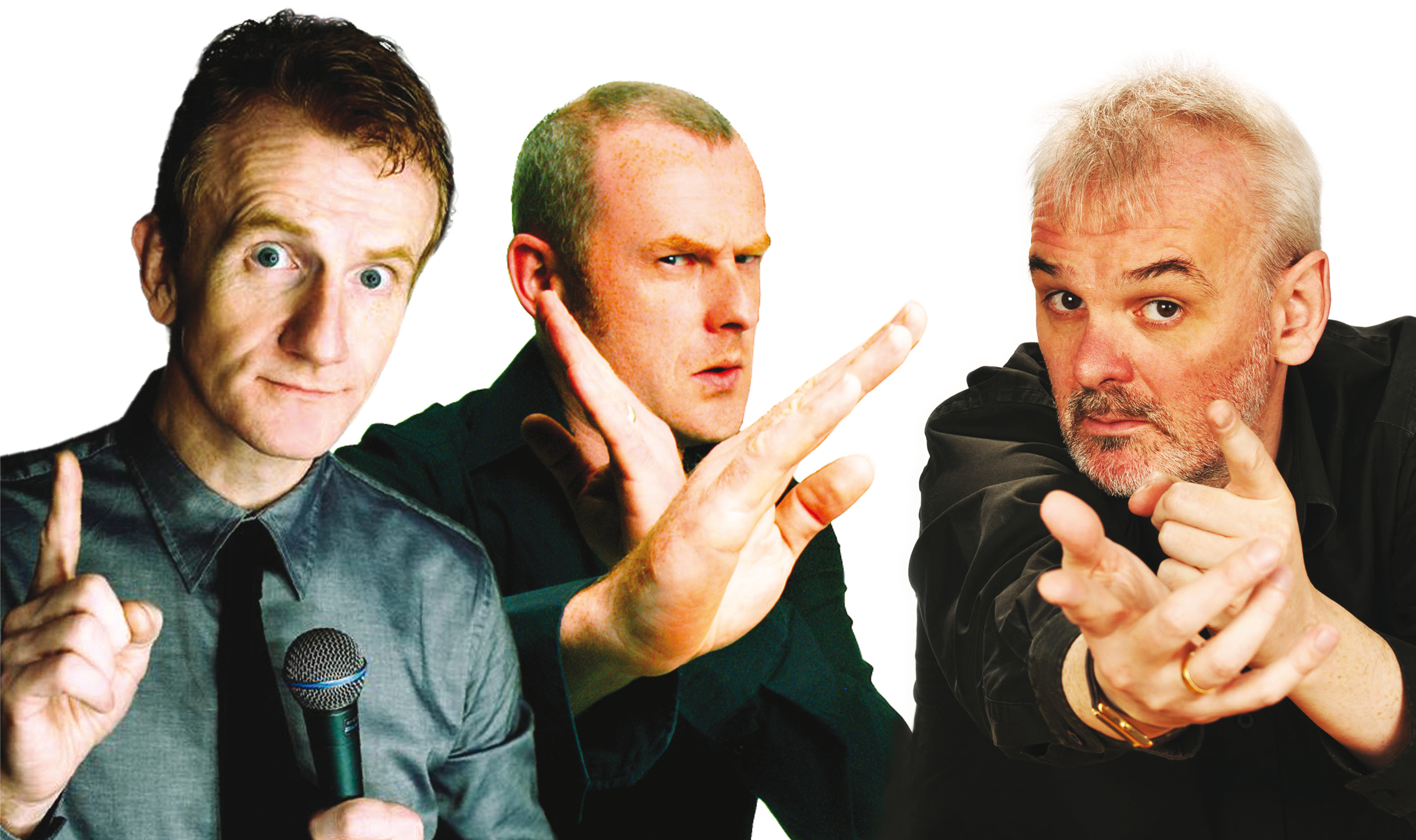 Who do you blame for our legendary ability to laugh at the absurdities of life in Northern Ireland?

Yes, the boys from the Blame Game are bringing their quick-fire wit to the stage at the Ulster Hall on 1st Nov as they team up for a stand up tour of 13 theatres across Northern Ireland.

Jake O’Kane, Colin Murphy and Tim McGarry work together regularly for the hit BBC comedy The Blame Game – a topical panel show with an irreverent view of the news. Each will be doing an individual stand up performance and they’ll be joined on stage by talented Dublin comedian John Colleary of RTE’s The Savage Eye.

“The boys will be unleashed on stage and will talk about whatever takes their fancy – you’ll definitely hear things you wouldn’t hear on TV,” said show promoter Jackie Hamilton of Moondog Productions.

As well as appearing on the hit TV comedy, Jake and Colin compere the iconic Empire Laughs Back Comedy Club in Belfast and are regular panelists on the Blame Game, with Tim hosting the show. Tim also has a comedy slot on the BBC Northern Ireland current affairs show The View.

The three pals enjoy touring together and the banter backstage will mean they are on great form for their stand-up acts. Each will perform a half an hour routine and their different styles mean there will be something for everyone.

Jake said it was an opportunity to use some material that doesn’t make it on the Blame Game.

“Sometimes political satire can be a bit more cutting than can go out on air. That is the material you are more likely to do live. We record for just over an hour and only 29 minutes are broadcast so there is lots of stuff that doesn’t get used.”

He enjoys the banter that goes on off stage with his Blame Game colleagues: “Comedians tell stories – that’s what we do so there’s a fair bit of laughter during filming of The Blame Game. We do bounce a lot of ideas off each other. We are very different. Tim does do political material but our style is different. We call ‘Murphs’ (Colin Murphy) ‘Mr Whimsy’.”

“On the live show we will be doing our own sets. It is a lot more relaxing doing this type of show than touring by yourself because you know there are four of us and not everything is resting on your shoulders. It is a buffet meal for the audience. If you don’t like one course, there are three other courses to enjoy.”

Tim McGarry is the most recent recruit to stand-up, having started his career as a writer and member of comedy sketch group, the Hole in the Wall Gang. He said they did the tour a few years back and really enjoyed the experience.

As presenter of the Blame Game, he describes it as the best job in the world. “It is great working with Colin and Jake. I’m a big fan of their stand-up. The Blame Game is a great gig to do. I get to say a few funny things and then get to listen to great comedians doing their stuff.

“We get on well together. We send each other up but don’t crash each other’s gags. We like to pick on Jake and his bad beard and his age.

“We all have our own unique styles. Colin is observational and quirky while Jake is ‘in your face’ North Belfast. It is a real joy to do. If you don’t like me then you have Jake, Colin and John coming along.”

Colin Murphy is looking forward to the tour but cheerfully admits he has no idea what material he will be doing yet.

“It will be a bit of nonsense, some stuff about the news. I’m not a political stand-up so my material involves a lot of audience participation and chatting to them about whatever takes my fancy and there’s always a bit of filthy humour in there.

“Hopefully they (the audience) will all know what we do and who we are. We all have different personalities in the show, which is what we are really like. We are not a boy band that puts on an act. If we were, we would be the ugliest boy band in the world!”

The Blame Game Tour begins on Wednesday, 30th October at the Riverside Theatre, Coleraine and will play 13 venues throughout Northern Ireland, ending at the Market Place Theatre, Armagh on December 14.

Ticket information is at www.facebook.com/boysfromtheblamegame

If you don’t get tickets for this must-see show then you have only yourselves to blame! 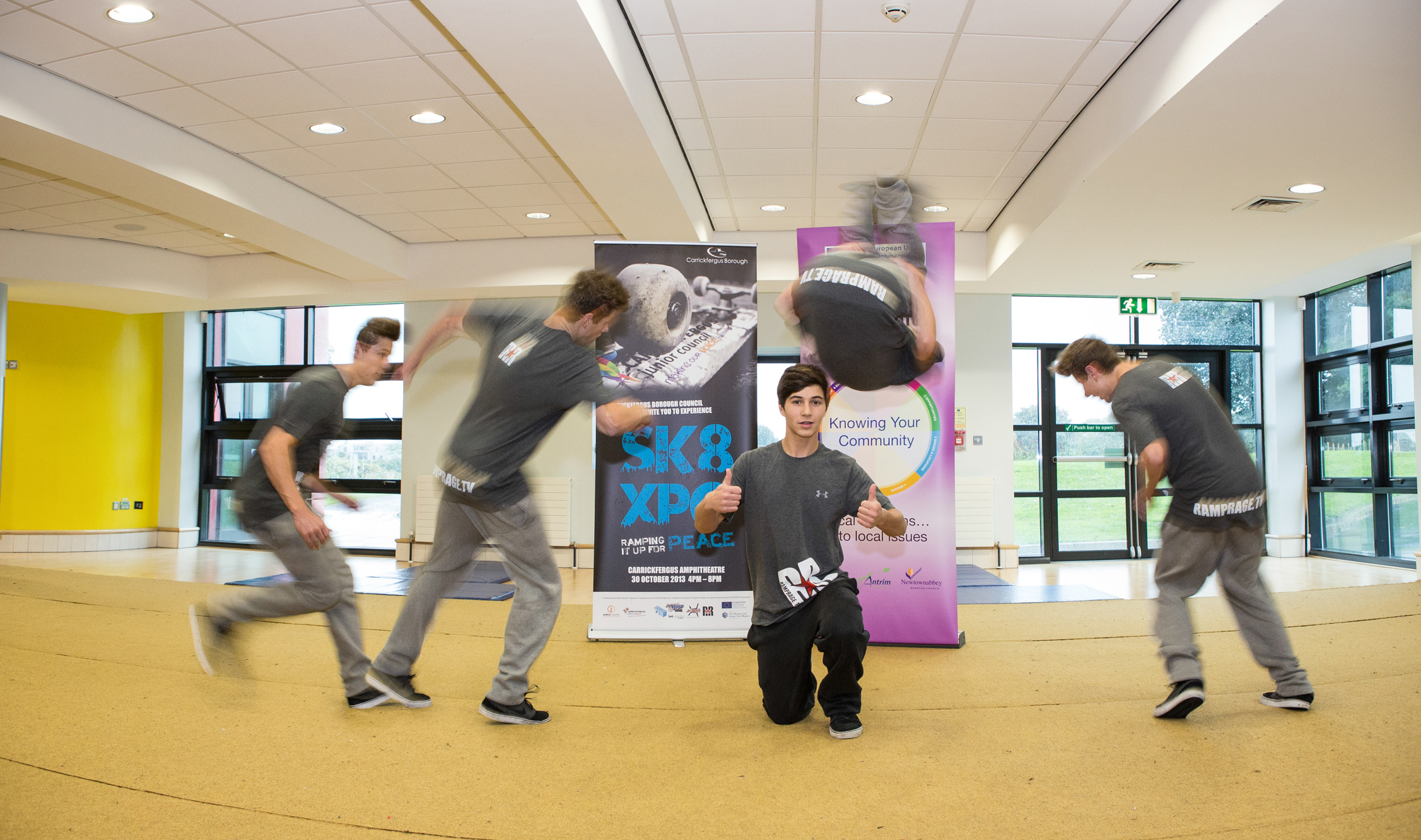