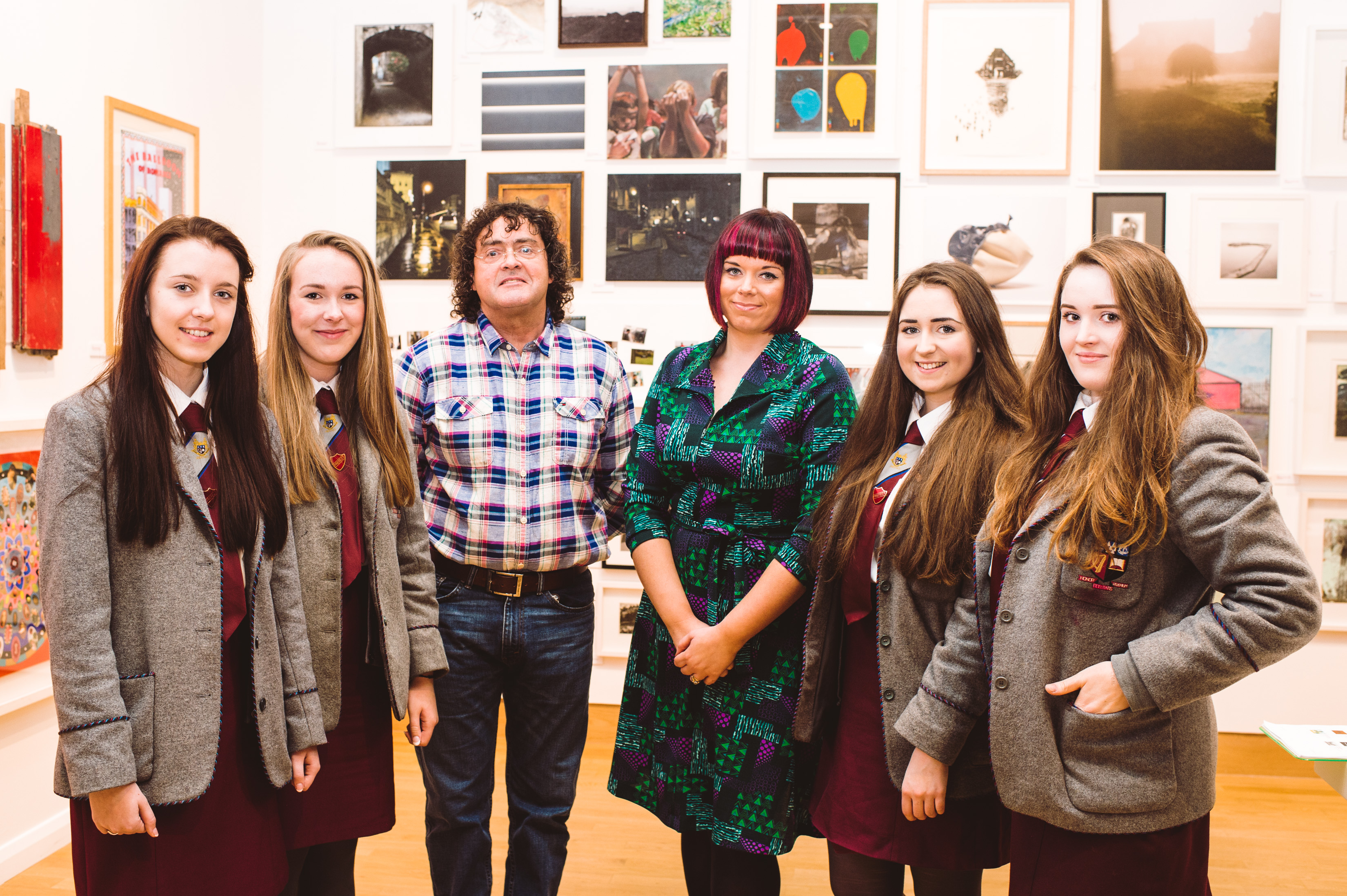 In the Art World it is usual for established artists to judge the work of students but the tables have been turned at Northern Ireland’s leading annual art exhibition.

It was a case of pupil turned master as four talented schoolgirl artists judged one of the main prizes in the 133rd annual Royal Ulster Academy Exhibition at the Ulster Museum, which was launched last night (Thursday, Oct 16) .

This year’s judging framework has been radically changed to allow award sponsors to choose their own winners, so Stranmillis Road restaurant, Conor approached four A Level art students from Victoria College to do the honours.

Conor co-owner and art-lover, Manus McConn explained why: “These girls represent the artists of the future. We have been sponsoring the figurative prize for many years and we felt it would be great for this year’s award to be judged through fresh eyes.

“These young students are all hoping to go on to Art College and I was impressed by their enthusiasm and vigour in judging the best figurative work. This has been the best exhibition since we have been involved. There has been a lot more contemporary work than ever and lots of new names coming to the fore, which is fantastic to see. ”

In her previous work, McCaughey has covered themes such as violence in the media and the effects of globalisation.  Her portfolio includes her ‘How and Why’ series of paintings based on images of children found in the Childcraft learning books of the 60’s, 70’s and early 80’s. The paintings are both nostalgic and unsettling

Her evocative winning painting is of a small group of children with a striking central image of a girl with her face buried in her hands. Coincidentally it is reminiscent of the style of famed Belfast artist William Conor, whose former studio now houses the restaurant named after him opposite the Ulster Museum.

The four girls said they liked the sense of mystery of the painting, its muted colours and the gloomy, foreboding mood it provokes.

Siva, who is applying to go to St Martin’s College, said: “I like it because you don’t really know why they are in this position. The painting has a strange, creepy feel to it. You don’t know what’s happening.”

Emely, who has applied to study art at University College London, was delighted to be chosen to judge the award with her classmates. “We were really surprised. It is a great honour and we all felt a bit of pressure to pick something we could all agree on.”

Becky, who is planning to study textiles and sculpture at the University of Ulster’s School of Art and Design, said: “The colours are quite dark which makes you think something bad is happening, so it’s quite unnerving.”

Anne, who is currently studying the work of RUA President Colin Davidson as part of her course work is also planning to go to the University of Ulster’s Belfast Campus to study fine art. She said it was an honour to be asked to judge the work of older artists.

“You never get to see the artists behind the artwork so this has been a great opportunity to come here and meet the artists and see the work and talk to Colin, the head of the RUA.”

Their art teacher, Heather Clarke thanked Conor for giving the girls the chance of a lifetime.

“It has been a great learning experience for the girls to come down privately and look at the work and also meet some of the artists involved. It will be a great benefit for them for their art projects.

“At the moment they are working on essays researching artwork. Anne is studying Colin’s work so it has been invaluable for her to have the opportunity to speak to him. We take the girls to the RUA Exhibition every year but they have never had this sort of private access before.”

As RUA President, Colin Davidson has been an agent of change, encouraging the work of new artists with fresh ideas.

He said: “Our idea of getting the sponsors more involved with choosing the prizes has been met with approval. What we hope is that it will lead to a more eclectic group of prize-winners this year.

“It is brilliant that Manus has brought four A Level students with him to judge. They bring their own individual views to it. There is no right or wrong and it gives them an opportunity to be responsible for something that is a great encouragement to a particular artist.

“I think it’s a great choice. They have looked beyond the figuration and looked at the idea and concept of the piece. This engagement encourages us to look more closely at the piece as well.”

The Royal Ulster Academy Exhibition takes place at the Ulster Museum from October 17, 2014 to January 4, 2015. For more information go to www.royalulsteracademy.org 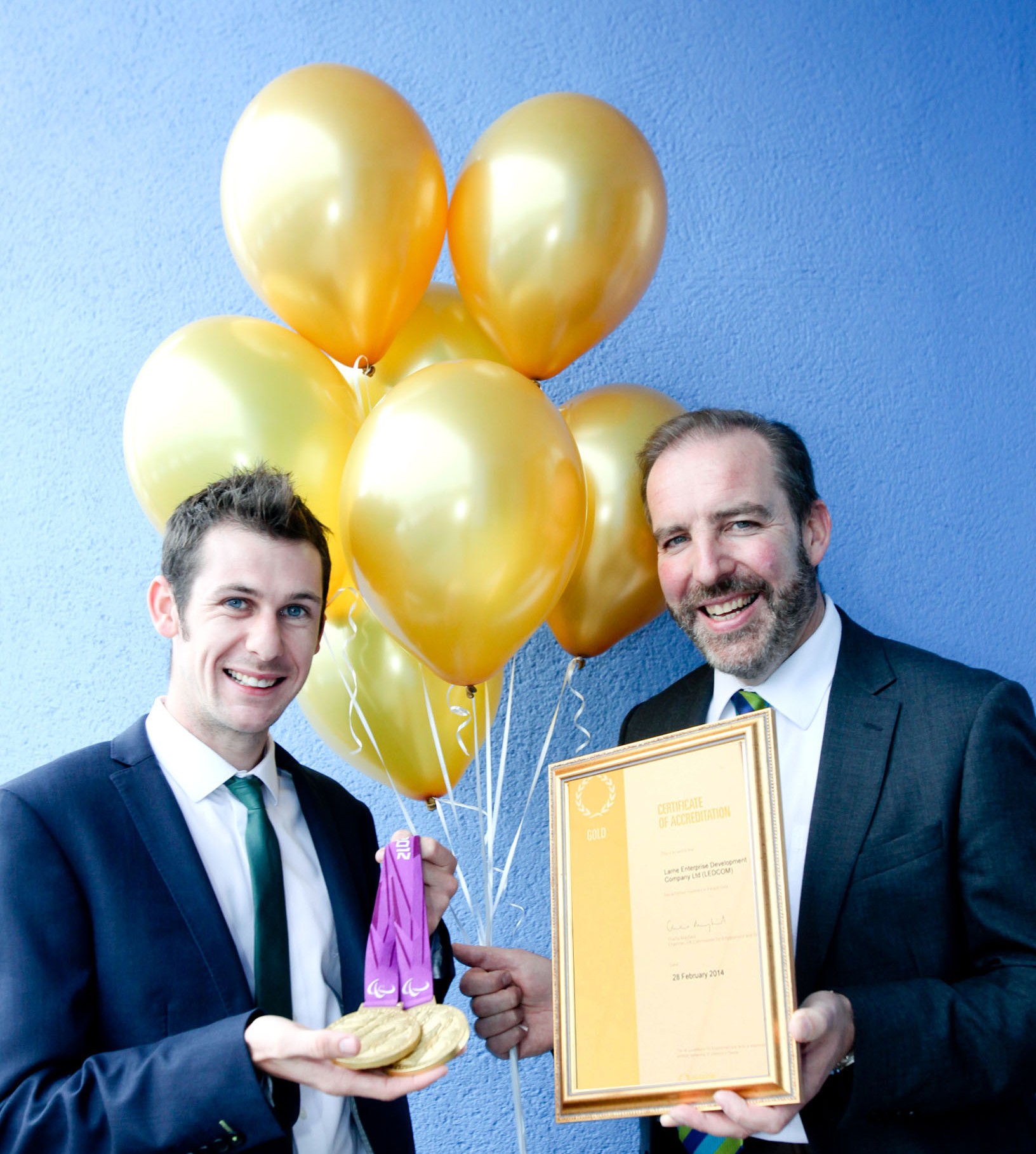