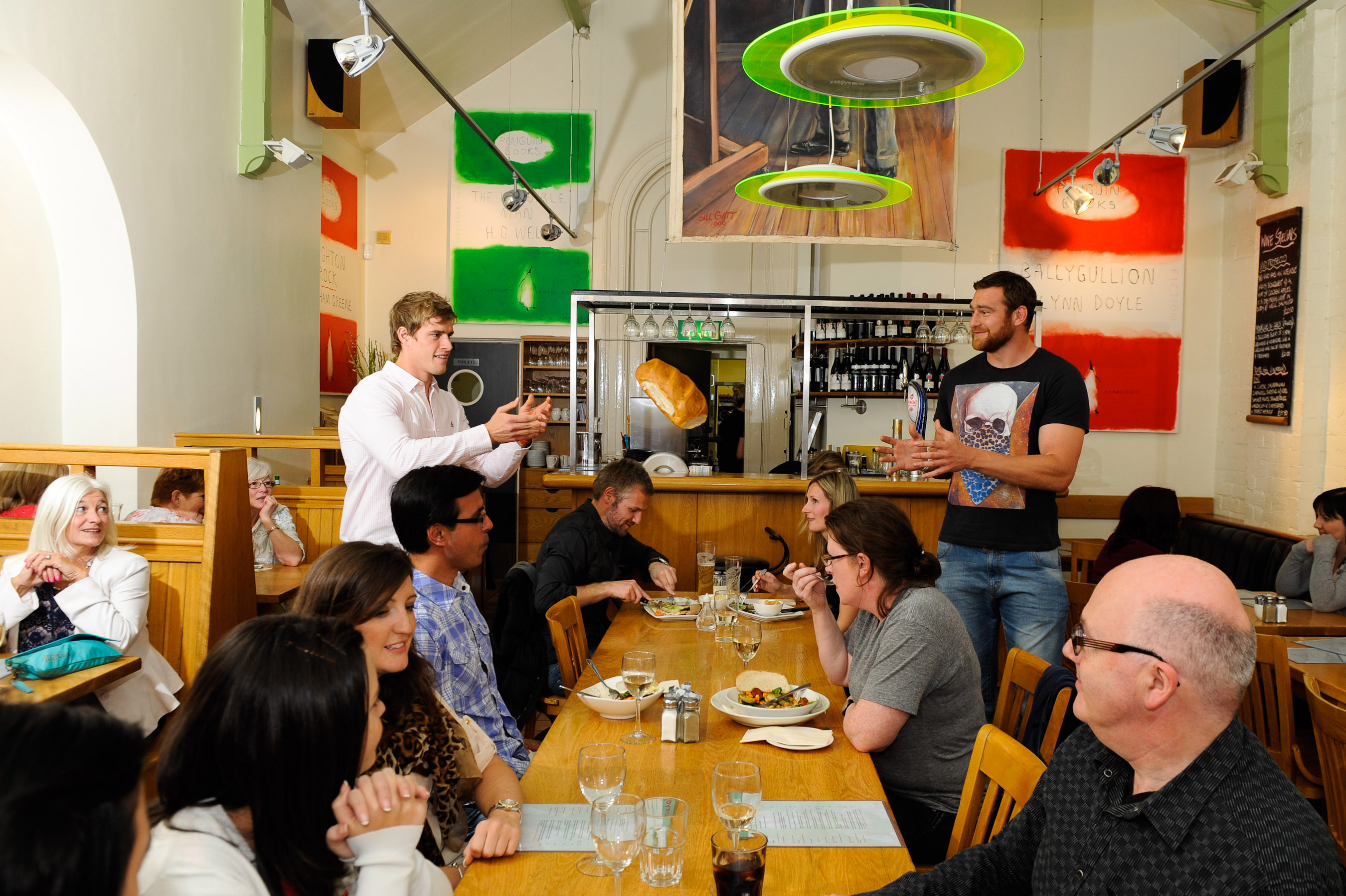 Rugby stars Andrew Trimble and Neil McComb turned their attention from league tables to restaurant tables when they took up the challenge of working as waiters at Café Conor.

The teammates took orders, cleared tables and served food and drink all in the name of charity – to raise money for the Friends of the Cancer Centre at Belfast City Hospital.

They even had time to show off some of their rugby skills, passing a rugby ball shaped loaf of bread across the room to the amusement of customers. Fortunately they didn’t try the same with plates full of food!

Winger Andrew Trimble admitted that tackling the job of waiter was more difficult than bringing down a rampaging prop forward a couple of metres from the try line.

“There is so much to learn, remembering everyone’s order, making sure they get the right plate of food and it all has to be done so quickly and efficiently. It’s even more complicated than the rules of rugby!” he joked.

Standing six foot seven and weighing in at 18 and a half stone, second row Neil McComb is slightly larger than your average waiter but had no problem negotiating a path between tables at the popular Stranmillis Road restaurant.

“I think Andrew had a distinct advantage as he is used to side stepping opponents while I usually barge through them. Not a good idea when you’re working in a restaurant! We really enjoyed our time at Café Conor and would like to thank the staff for putting us through our paces,” he said.

Restaurant Manager Siobhan McAuley, who took on the role of head coach for the day, said: “The guys were great sports. They really listened and worked hard for their customers. The discipline of doing all those drills during rugby training has really paid off!”

Their efforts were rewarded as Café Conor raised a total of £600 for The Friends of the Cancer Centre, whose work helps thousands of cancer patients and their families throughout Northern Ireland. 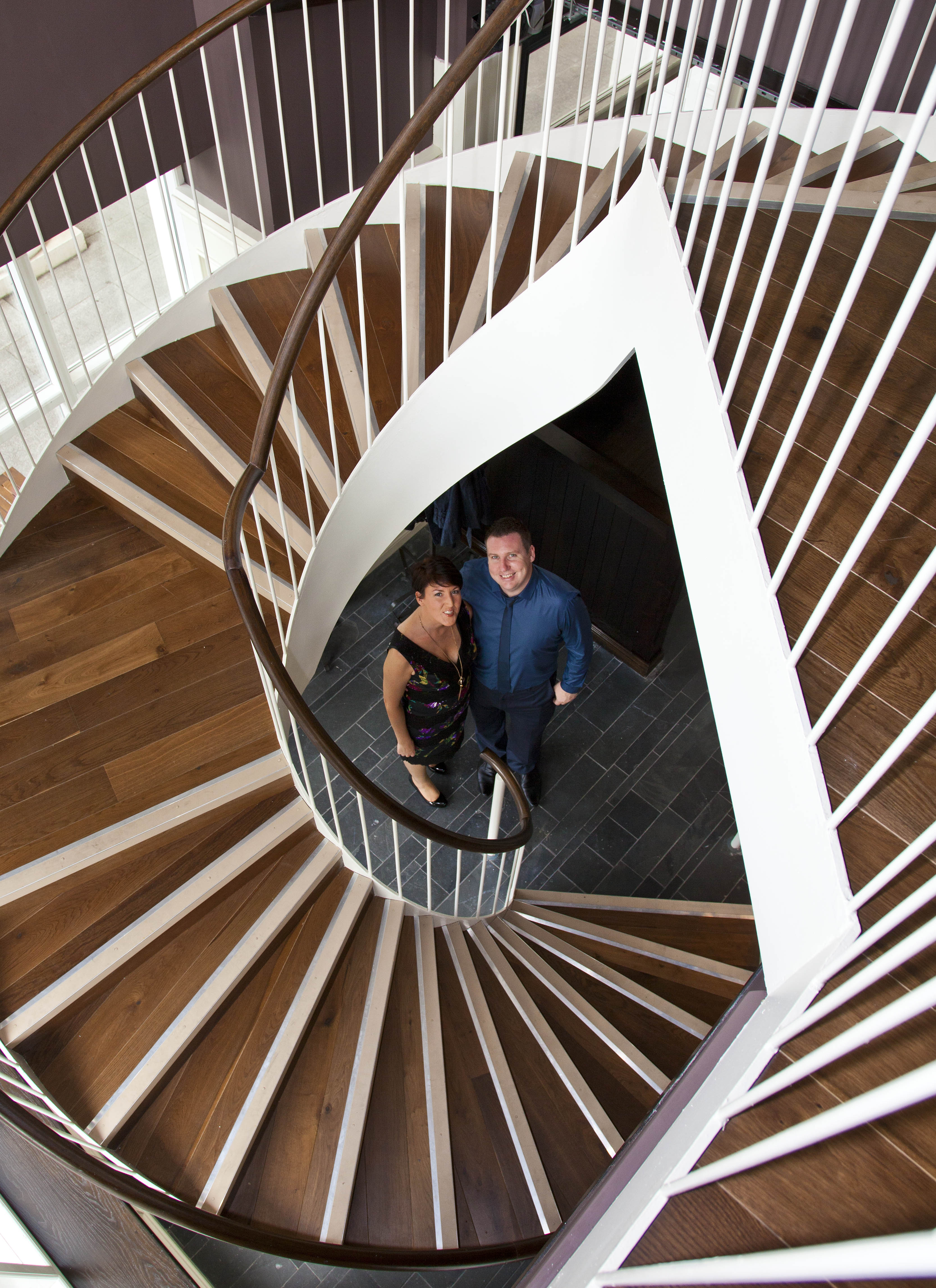