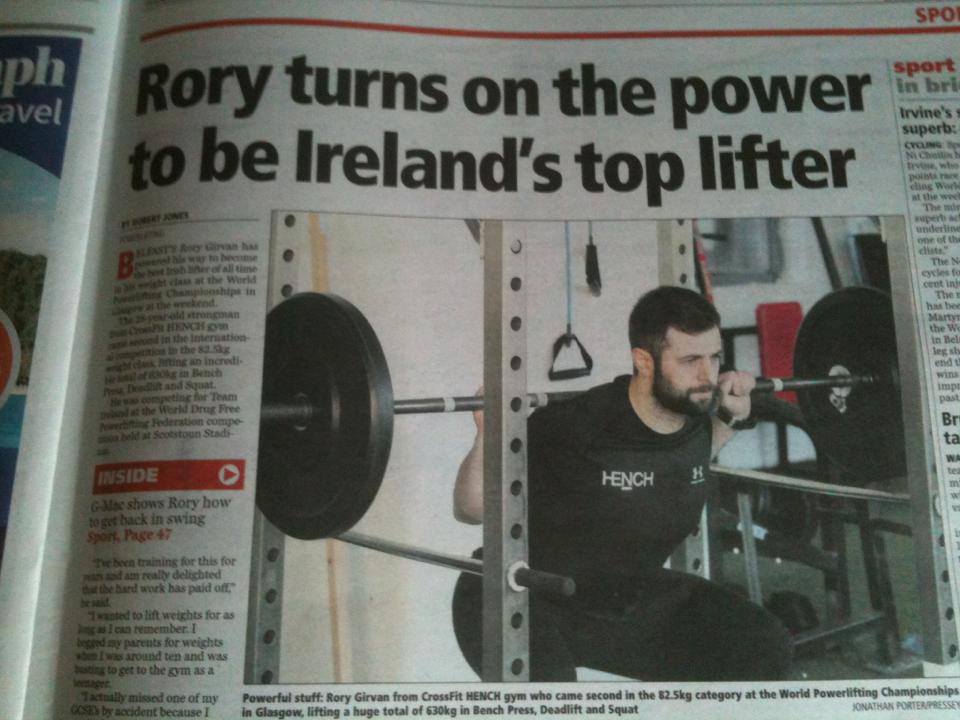 Belfast’s Rory Girvan has powered his way to become the best Irish lifter of all time in his weight class at the World Powerlifting Championships in Glasgow yesterday.

The 28-year-old strongman from CrossFit HENCH gym came second in the international competition in the 82.5kg weight class, lifting an incredible total of 630kg in Bench Press, Deadlift and Squat.

He was competing for Team Ireland at the World Drug Free Powerlifting Federation competition held at Scotstoun Stadium.

“I’ve been training for this for years and am really delighted that the hard work has paid off,” he said.

“I wanted to lift weights for as long as I can remember. I begged my parents for weights when I was around ten and was busting to get to the gym as a teenager. I actually missed one of my GCSE’s by accident because I was in the gym training!” he added.

He was joined at the competition by fellow CrossFit HENCH gym mates Aaron Donaghy (100 kg) from Banbridge who has Ireland’s strongest grip and is Mighty Mitts Champion. 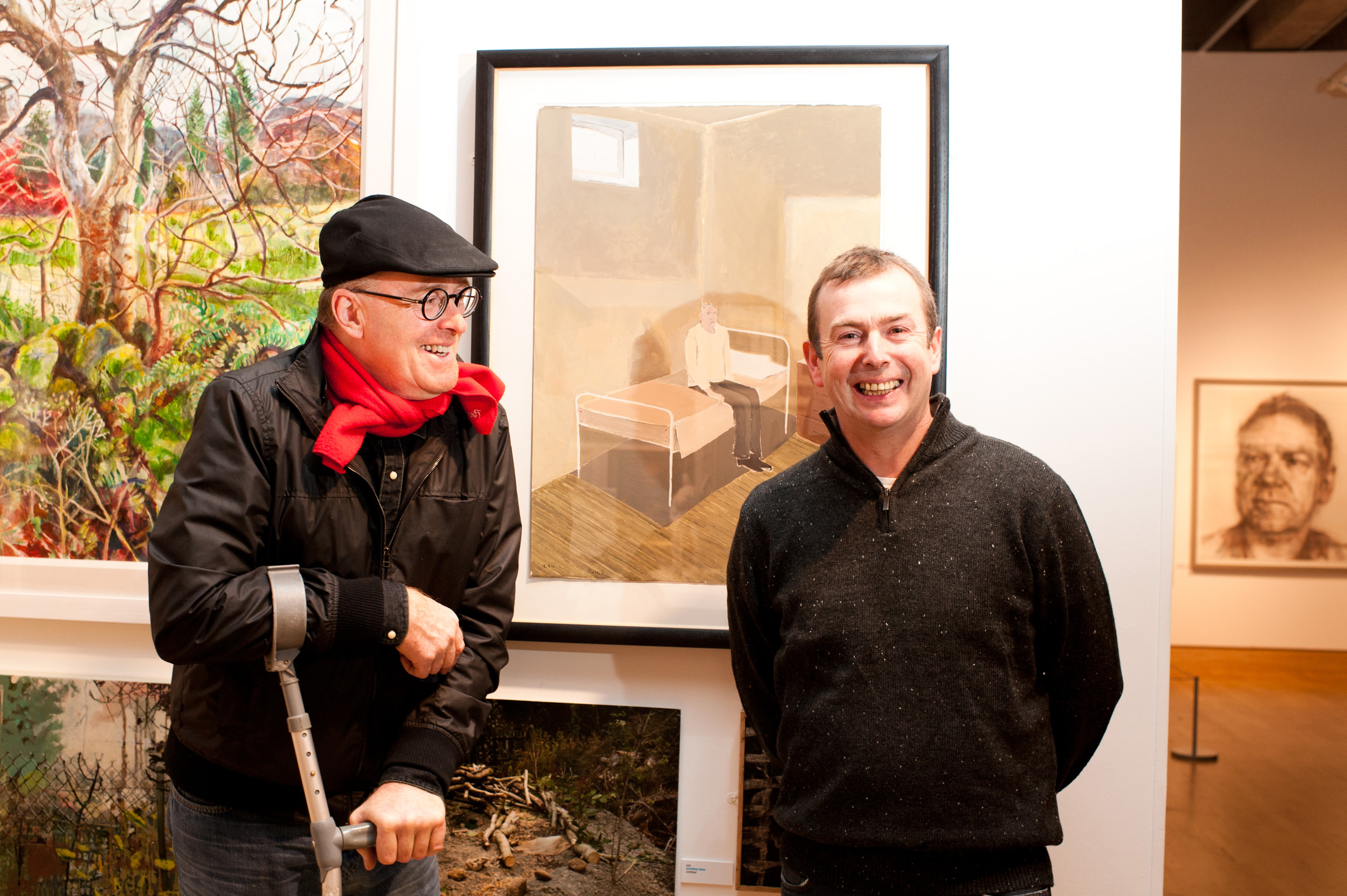