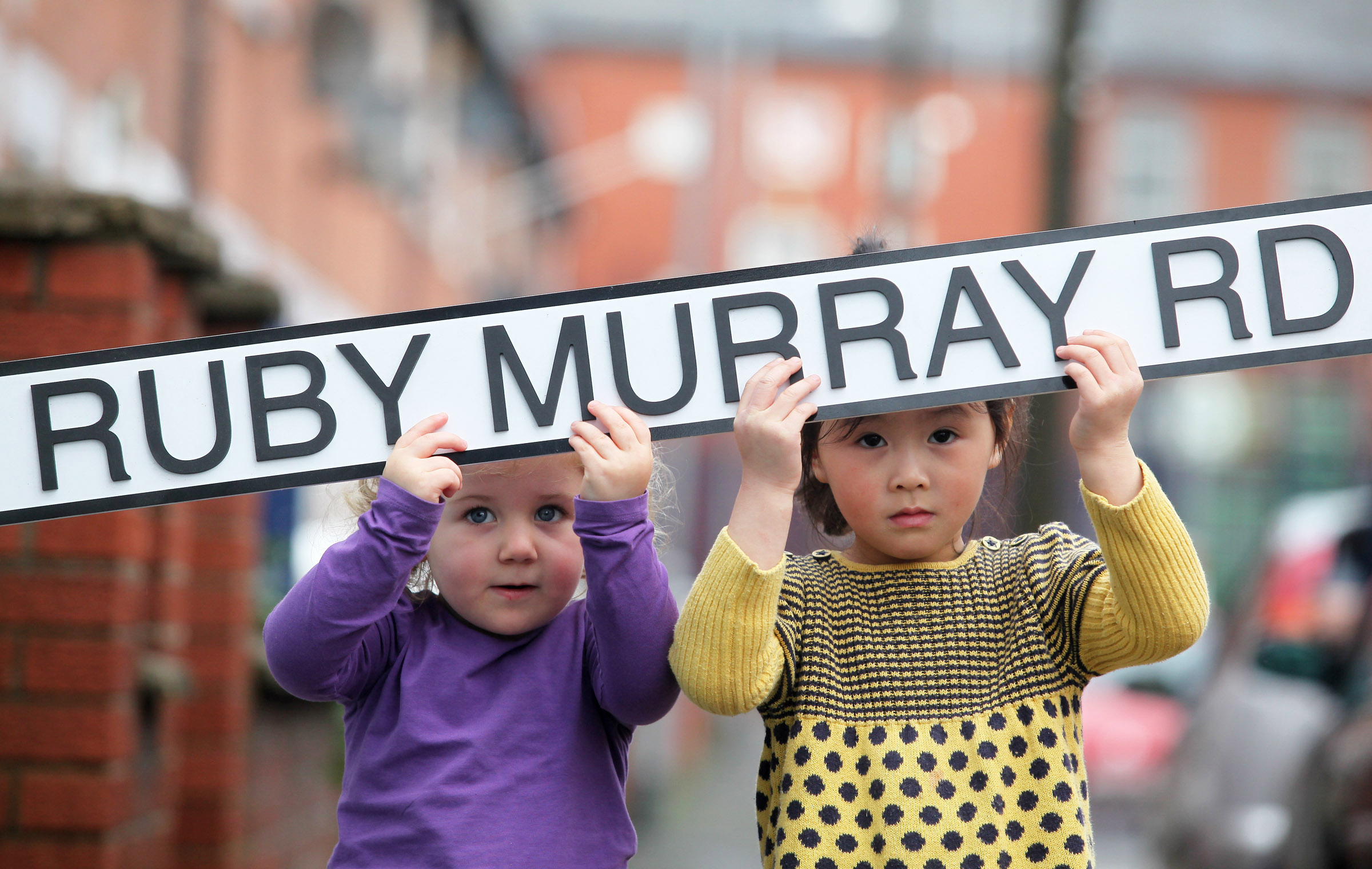 A new project to rename Belfast’s streets in honour of its most famous daughters was launched this week with a tribute to one of the city’s favourite songbirds – Ruby Murray.

“Look around our streets and you can count on one hand the streets that are named after local Belfast women,” explained project co-ordinator Helen Crickard from WOMEN’STEC. “We want to change that and recognise the contribution to our city made by so many women.”

Ruby Murray, who lived on Moltke Street and then Benburb Street in the Village, is a prime example of someone who achieved so much in her life but never lost touch with her roots. Though she had settled in Devon, she came back for the opening of Windsor Women’s Centre in 1994 and always felt that she was a Belfast girl at heart.

“Ruby’s family would love to have a street named after her and we’d like the local community to consider this and decide whether a new street in the Village should be named after her and then it would need to be passed by council,” explained local historian Billy Dickson.

Ruby is just one of many famous and not-so-famous women who helped build the city and now WOMEN’STEC and the Women’s Resource and Development Agency are working together on this Heritage Lottery Project with people from across Belfast to identify women who should be honoured by having a street named after them.

So far 16 groups have been formed in various parts of the city to uncover the contribution that women made in Belfast.

This isn’t just for famous women; the group are looking for suggestions of women who have done something special for their community.

So far this includes women from many walks of life such as:
•    The local “knocker upper” –  in the days before alarm clocks, local women woke people in the morning so they could get to work.
•    A nurse who visited new born babies and brought hand-me-down clothes to the young mothers for their children.
•    A hairdresser who also served food to anyone who was hungry.
•    A woman who campaigned against the use of plastic bullets
•    A woman who dressed the dead – this was a Belfast widow who brought the white sheets, candlesticks and coins to the homes of the deceased.
•    Another lady helped bring the Jews out of France during World War II.

The new street names will be unveiled on 8th March 2012 – International Women’s Day. To find out more about the project go to www.womenstec.com.