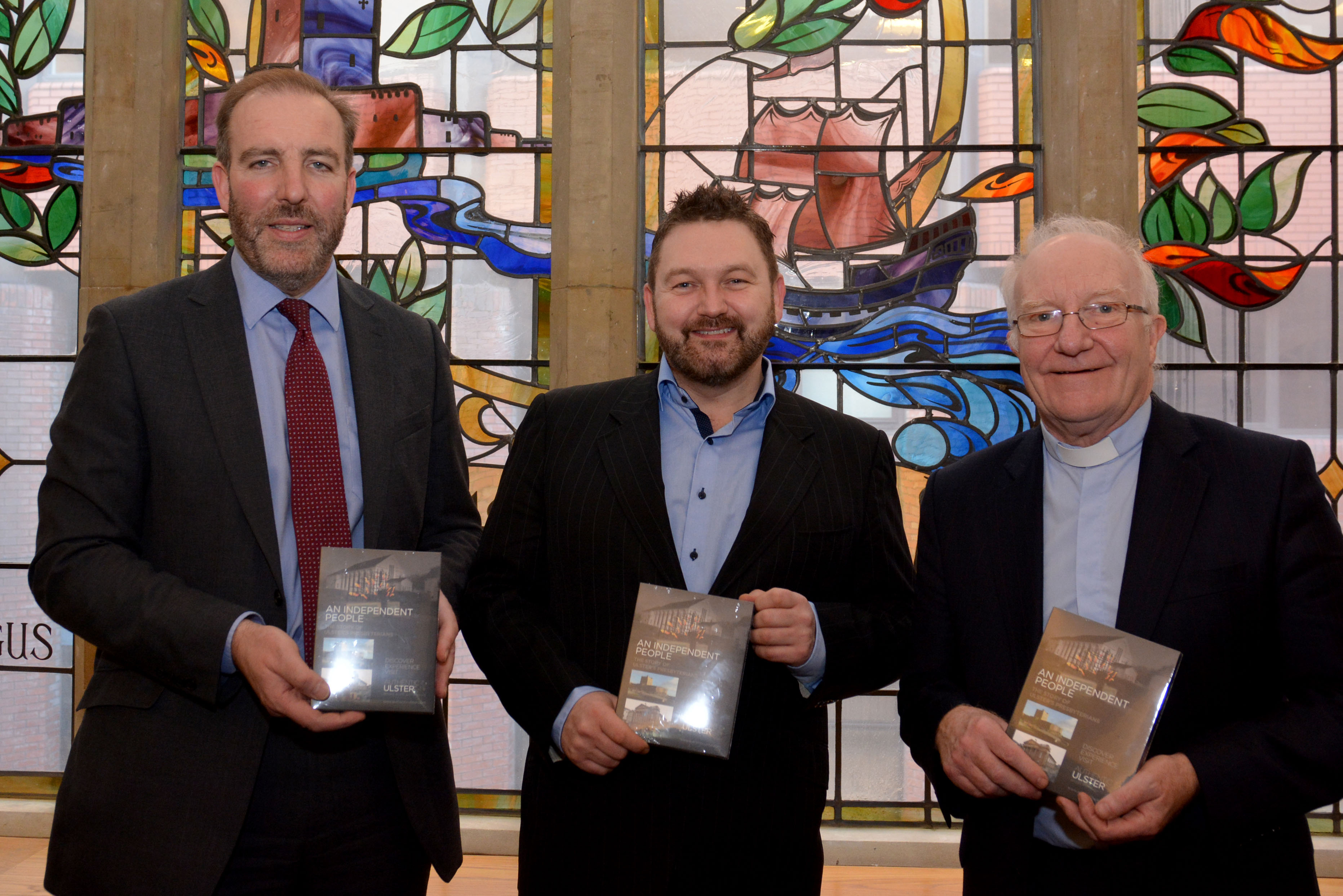 A major new tourist initiative charting the rich history and global contribution of Ulster Presbyterians was launched at the Assembly Buildings in Fisherwick Place on January 22, 2016.

Heritage Experience acquired the rights to the acclaimed BBC Northern Ireland Series ‘An Independent People’ and it is this series and accompanying booklet that sets the scene for the new tourism venture aimed at developing and promoting Ulster’s rich cultural heritage.

The six day tour from September 26 to October 1, 2016 will visit key areas of significance including Belfast, Ards and North Down, Derry and Donegal, the Giant’s Causeway and Glens of Antrim, the Ulster American Folk Park in Omagh and East Antrim and the Sixmilewater Valley.

The project was launched jointly by Presbyterian Moderator, the Rt Rev Dr Ian McNie and William Crawley who presented the series which was shown in Northern Ireland in March 2013.

Speaking at the launch, Dr McNie said: “This exciting new project will enable visitors to discover iconic sites and find out more about a strong, determined people that provided the New World with presidents, prime ministers, generals and leading industrialists. Presbyterians, along with many others, helped to create great nations with their hard work, resilience and pioneering spirit. But first and foremost they brought with them the good news of Jesus Christ.”

Mr Crawley said the programme would reach a new audience including descendants of those who left Ulster to create a new life in America.

He said: “’An Independent People’ tells the remarkable story of Ulster’s Presbyterians, and their remarkable legacy, and it provides the narrative that could attract thousands back to these shores to explore their cultural roots.”

The triple DVD set and booklet charts the Ulster Presbyterians fascinating history from the early 17th century to the present day. It tells the story of an epic journey spanning four centuries from the time they first set foot in Ulster, to thousands of families leaving for the New World in the 18th century. It also features communities in India’s Gujarat Province established by the Irish church in the 19th century, which are still thriving today.

Ken Nelson, Heritage Experience Chairman and Chief Executive of LEDCOM said: “There are millions of people throughout the world who can trace their heritage back to the Ulster Presbyterians who emigrated from this shores in search of a better life in the New World. We want to give them the opportunity to come here and experience at first hand where it all began.”

“There is a great story to be told at home as well as overseas. In Ireland, we can see how their independent spirit and fierce belief in freedom and equality for all led many Presbyterians to embrace radical politics and take part in the United Irish Rebellion. A hundred years later their entrepreneurial drive helped make Belfast one of the great industrial cities that fuelled the burgeoning British Empire.”

For more information or to purchase the DVD and booklet sets go to: www.authenticulster.com.