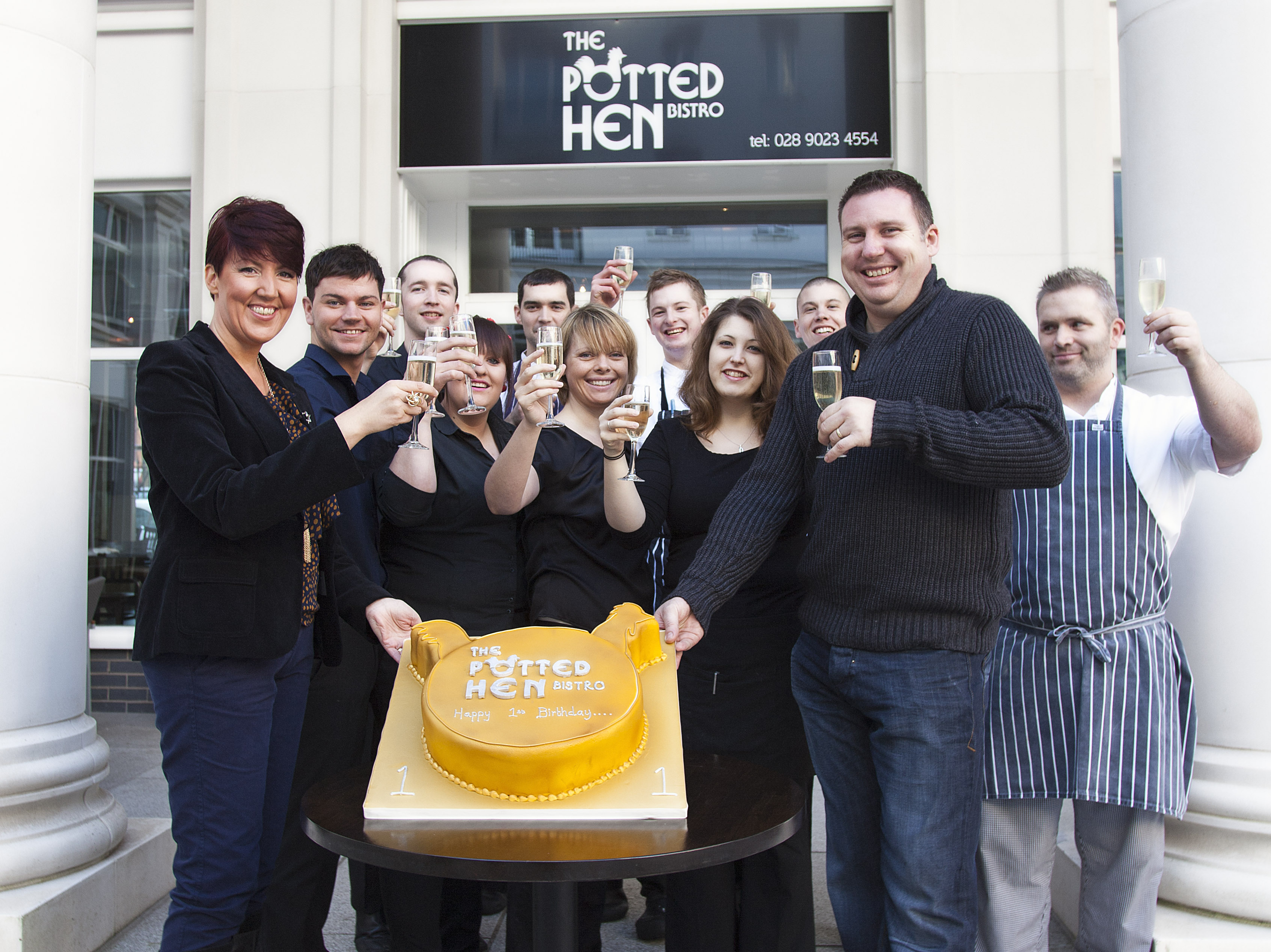 The Potted Hen Bistro in Saint Anne’s Square celebrated its first year in business in style with a magnificent golden hen-shaped birthday cake.

Since opening last November 27, the restaurant, owned by Dermot and Catherine Regan has been one of the success stories of the Belfast culinary scene.

Throughout the past year food lovers have flocked to the 72 seat establishment and the restaurant will be buzzing throughout December. To say thanks to their loyal customers, the Potted Hen will give them a free glass of bubbly on November 27.

Last month the Potted Hen was recognised by professionals in the restaurant trade who voted it Best Restaurant in Northern Ireland at the National Restaurant Awards in London.

Catherine Regan said they had felt a little nervous opening a new restaurant in the difficult economic climate but have been overwhelmed by the response from public and critics alike.

“We continue to be shocked by just how well it has been received. The icing on the cake, pardon the pun, was winning the National Restaurant Award. We would like to say a huge thank you to all our staff, most of whom have been with us since we opened last year.”

She attributes their success to providing consistently good food at prices that won’t break the bank.

“With all the doom and gloom about the economy, people still want to go out and enjoy themselves. Customers demand high quality food but also want value for money.”

It was a double celebration for the couple when sister restaurant Oregano in Newtownabbey was awarded the prestigious Michelin Guide Bib Gourmand for the third year in a row.

For information about menus, how to book and opening times, visit www.thepottedhen.co.uk 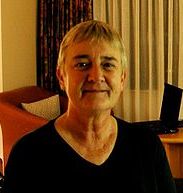