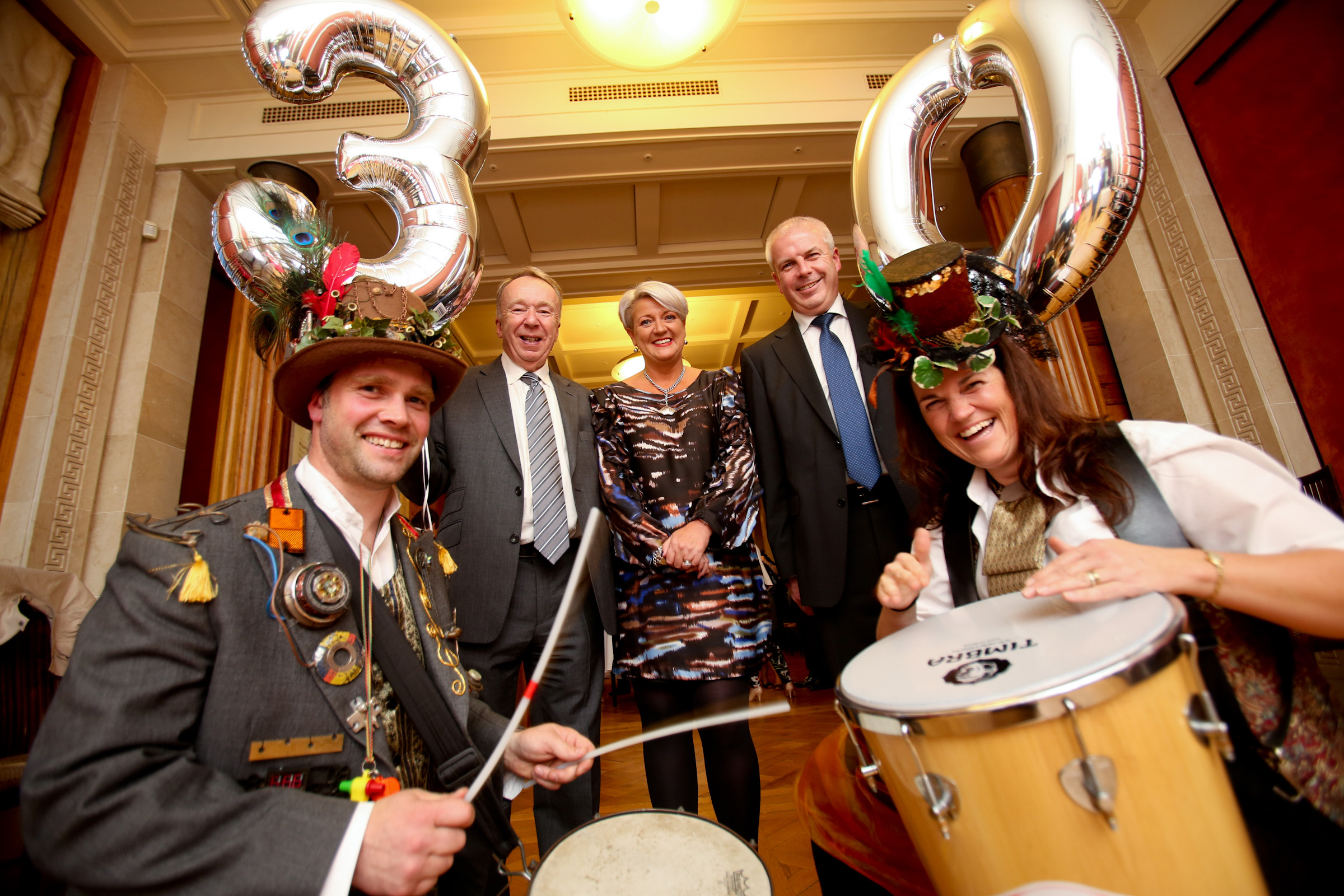 The Lloyds Bank Foundation for Northern Ireland has distributed £32.5m grant aid to more than 8,000 charities and community and voluntary organisations since it formed 30 years ago.

The figures were revealed at a special 30th anniversary event at Stormont on October 6 to recognise and celebrate all of the organisations it has helped to improve the lives of disadvantaged people.

Since it was formed in 1985, the formerly named Lloyds TSB Foundation for Northern Ireland has funded a wide variety of groups dedicated to supporting deprived communities.

Through its five grant programmes in 2014 the Foundation released funding of £1.48 million, amounting to 549 separate grants for charity and community and voluntary groups from every corner of Northern Ireland.

“The Foundation is proud to have been part of the life of Northern Ireland for the past 30 years and it will continue to provide support to the thousands of people and organisations that make a huge difference to deprived communities. The cuts in public sector spending mean that our work is more important than ever.”

Representatives from many of the groups funded by the Foundation visited Parliament Buildings at Stormont on October 6 for the 30th anniversary reception.

Among them was Yvonne Maguire, Senior Youth Worker at Patrician Youth Centre in Downpatrick which has received £49,600 in grant aid for its Out of School Learning Project since it first applied back in 2000.

Yvonne Maguire, speaking at the event on behalf of the groups that have received funding over 30 years, said the grants had helped hundreds of children in Downpatrick since 2000 by providing much-needed extra tuition after school.

She said: “Lloyds Bank Foundation for Northern Ireland has enabled the Centre to target and respond to need in Downpatrick, through supporting the Youth Centre to deliver an out of school learning provision, namely a Homework Club and other provision for children referred from Primary Schools in the area. Over the years many families and children have benefitted from the Homework Club and are still benefitting as the programme continues to successfully operate. Many of the children involved continue to participate in youth services and have availed of the opportunities and programmes in Patrician over the years.

“Patrician truly appreciates the ongoing funding received and made available to our organisation over the years, the latter which has greatly contributed to the educational and personal development of many children in Downpatrick in their formative years.”

Marking 30 years with a ‘Bang’ are Tony Reynolds, Sandara Kelso-Robb and Jim McCooe of Lloyds Bank Foundation for Northern Ireland. The Foundation held a special anniversary reception at Stormont to celebrate distributing £32.5m in grants to more than 8,000 charities and community and voluntary organisations since 1985. They are joined by Matthew Vernon and Jo Lamont-Crawford of Beat’n’Drum Samba Band, which performed to more than 130 invited guests.

“I would like to pay tribute to the incredible work of the groups that the Foundation has supported this year and throughout its 30 year history. We are proud of our relationship with the Foundation and look forward to many more years of working with them to support charities across Northern Ireland.” 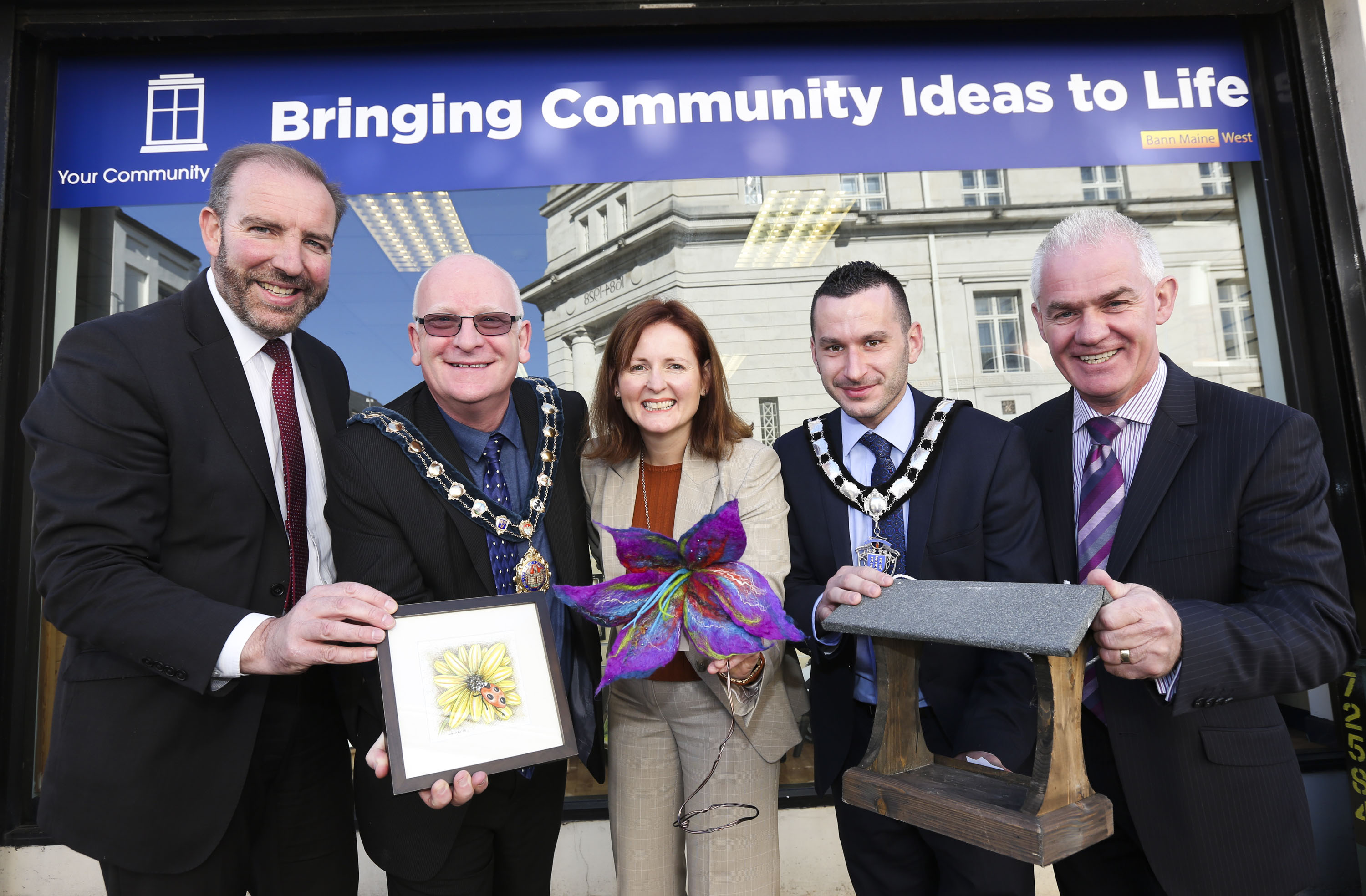