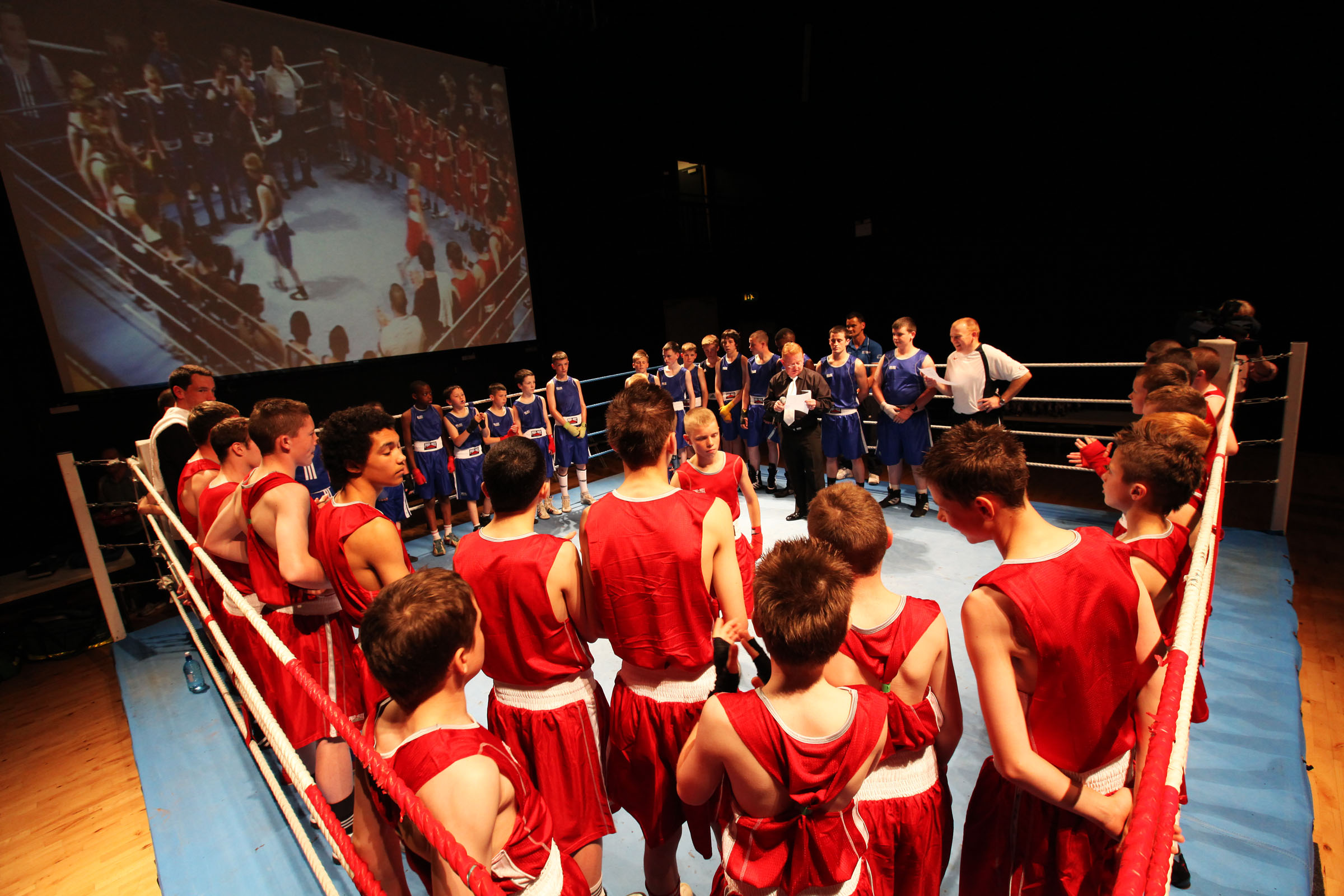 Friendship was the winner as 38 young boxers from north and south slugged it out on Belfast’s Shankill Road in the first Punching for Peace Tournament on Saturday.

The event held at the Spectrum Centre was an unqualified success as clubs from across the divide produced a feast of boxing in a closely fought Belfast v Louth/Meath Select competition.
It was organised by Belfast Community Sports Development Network (BCSDN) in association with Belfast City Council and funded by the EU PEACE 111 Programme. BCSDN’s primary role is to promote community relations through sport.

The result itself couldn’t have been more dramatic as the two teams stood at six bouts apiece going into the final fight – an 86kg contest between Aaron Giles of Cairnlodge ABC and Patrick McDonagh of Clann Naofa Boxing Academy in Dundalk.

The young Belfast boxer took the decision to the cheers of the crowd but the result was of less significance than the sight of so many young people, their families and coaches enjoying the occasion. They saw total of 19 fights, including seven exhibition bouts during the three hour show.

Belfast Mayor, Councillor Niall Ó Donnghaile, attended the tournament – his second engagement of the week on the Shankill Road. He said the young people were a credit to their clubs and to their communities.

“I really want to show my support for this tournament and pay tribute to all involved in promoting good relations across our city,” he said.

“There is a great boxing tradition in Belfast and we have a wealth of talent here of which we are justifiably proud.  The health and social benefits of engaging in sport, such as boxing, are tremendous so it is particularly rewarding to see it flourishing across all communities”.

Event organiser Billy Boyd, BCSDN’s Sports Development Officer, said the event had shown that young people from different areas have so much in common.

“The young people have been involved in training sessions and good relations workshops in Belfast and Louth and have really bonded. It shows how boxing as a sport can have a positive effect on their attitudes.”

“This is the first time we have held a boxing event at the Spectrum Centre and we hope that it won’t be the last.”

Des Donnelly, President of the Leinster Council of the Irish Amateur Boxing Association said the tournament had been a great experience for the young boxers.

“It is great that they have been able to socialise and get to know each other. There have always been good relationships in boxing.  The sight of these young people from different backgrounds enjoying themselves should be an example to everyone.”

Saturday’s tournament was the climax of an exercise in bridge-building which saw the young boxers meeting at the Holy Family Club on May 21 for a joint training session followed by a cultural diversity workshop.

The invitation was reciprocated when the northern lads visited the ClannNaofa Boxing Academy Dundalk on May 28 for a similar pre-tournament event.

The Belfast clubs involved were Holy Family, Dockers, Midland, Cairnlodge and Saints. The bouts were three rounds each involving 12-16 age groups. The clubs from south of the border taking part were Clann Naofa from Co Louth, Navan, Ashbourne, and Dunshaughlin from Co Meath and Kingscourt from Co Cavan.