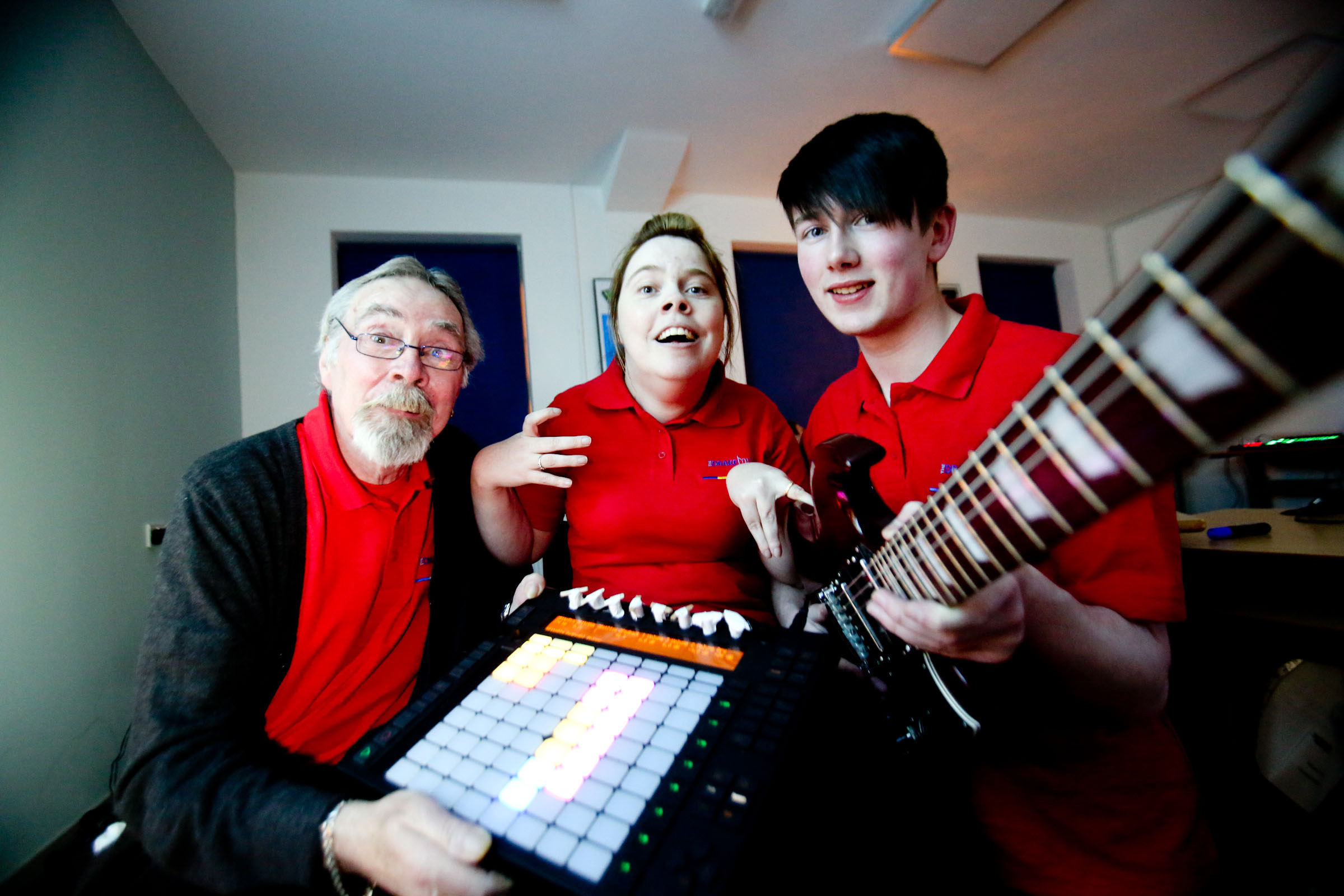 More than 600 disabled people will now be able to compose and perform their own music, thanks to a new state-of-the-art music studio and ensemble workshop in Belfast.

Drake Music NI’s new premises on the Springfield Road will enable it to double the number of people it works with using its unique computer music technology. The charity receives core funding from the Arts Council of Northern Ireland.

Drake Music Director Michelle McCormack said it was an improved, fully accessible space for the creation, composition and rehearsal of music.

She added: “This year 320 people across Northern Ireland participated in our ensembles and performances. Thanks to support from the Arts Council of Northern Ireland we are delighted to announce that our increased studio space and recruitment of extra tutors, means we will be able to double the number of people participating in our workshops. It is very exciting news for people of all ages and abilities who want to make music.

“Having the freedom to express your creativity is a basic human need and it is a life changing experience to be given the opportunity to compose and perform music. Some of our participants have been involved in the design of custom-made digital instruments that are adapted to their needs and give them the independence to pursue their dreams.”

Among them is Mary Louise McCord, who has been attending Drake workshops and making music for 20 years. Earlier this year in a special three day collaboration project between Drake and the Sonic Arts Centre at Queen’s, Mary Louise directed the design of a digital glove and linked controller which allows her to make use of her upper body gestures to compose and perform her own music.

Mary Louise said: “It is a big part of my life. I love making music through all the technology that Drake music provides for us and without them I wouldn’t be able to do that. I have been every week for the last 20 years and go to the workshops. We produce our own CDs and perform in venues, too numerous to-mention. The tutors provide support to us if and when we need but they also know when to stand back and let us get on with it.”

To celebrate, Drake Music held an informal evening of ‘Music, Mince Pies and Technology’ to invite the public to view its new studio space.

The open evening was a chance to see first-hand the facilities and services available. The charity offers workshops in creativity, composition and performance, DJing and recording for all abilities.

The new space has a large central area capable of accommodating 16 musicians and two smaller workshop spaces making a total capacity of 20 – more than double their old studio.

Michelle is seeking in particular to attract more young participants aged 11 to 18 to experience the joy of music: “We would like to recruit more musicians of all ages, interests and backgrounds, and have a particular program for 11-18 year olds available at present for new recruits to music making. We can more than double the number of people who is able to take part.”

She added: “When we took the new building in August, it was an empty shell. The last few months has seen it fully fitted out to create a fully functional music studio with a kitchen and reception area.

“We had a great deal of assistance from our landlord, Granite Properties who have been incredibly supportive to us, and with lots of long hours and late nights the music hub is now open for music making!

“We have now moved in all of our unique music technology, instruments and interfaces, all designed and adapted by the researchers and musicians of Drake Music NI, so it is ready for use.”

Drake Music has not only increased capacity but it also has additional equipment to do outreach work throughout the city. People can either come to the Drake studios or the charity’s specially trained music technology tutors can visit schools, day centres, arts centres, youth clubs and hospitals – they are completely flexible.

The charity also has a studio in Newry and has ambitious plans for even more expansion by opening another studio in the North West in 2016.

For more details about Drake Music, visit its website: www.drakemusicni.com 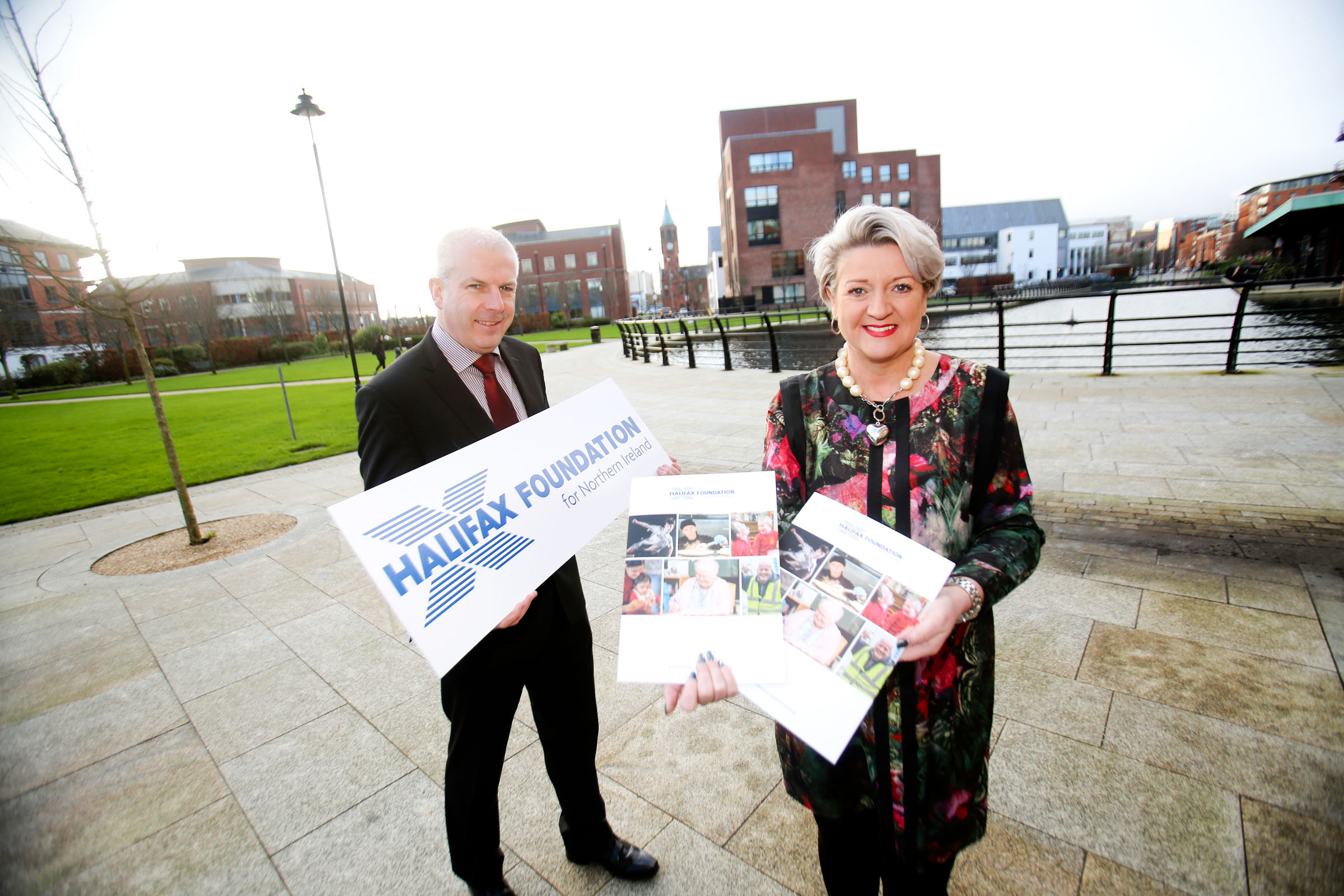