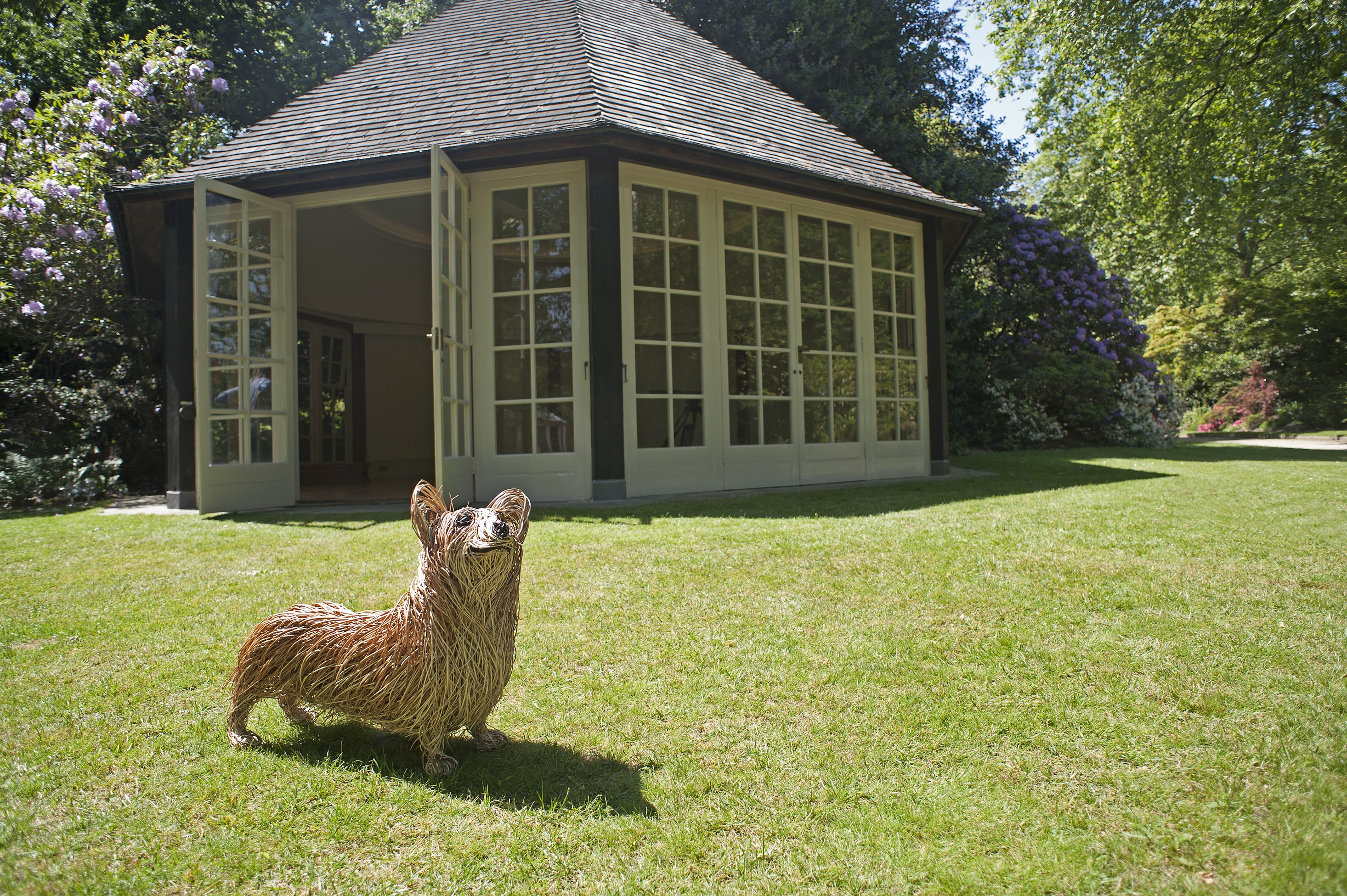 A life-sized corgi, made by Bangor-based willow sculptor, Bob Johnston will be on show at the Coronation Festival in the gardens of Buckingham Palace as part of the Queen’s celebrations next month.

The cute wicker pedigree pooch will have pride of place at the Coronation Festival at Buckingham Palace July 11-14 as part of an exhibition of UK-wide craftwork in the Summer House of Craft.

The remarkable likeness of the Monarch’s favourite pet was commissioned by the Queen Elizabeth Scholarship Trust (QEST) to commemorate the 60th anniversary of her Coronation.

A spokeswoman for the QEST said the distinctive corgi with the slightly quizzical expression will bring a touch of informality to the Coronation Festival and is expected to be a major talking point.

She said: “Bob Johnston’s wicker designs attract much attention wherever they are shown.  His talent is bringing out the character of his life size animals, whether it be a fully grown Aberdeen Angus bull, a wicker pig or, in this case, a quizzical corgi.

“Bob has constructed the corgi from a variety of different willows, all grown by himself, enabling him to vary the colour and texture of the animal.  The corgi will bring a touch of informality to the Coronation Festival.”

Bob, who is renowned for his magnificent contemporary animal sculptures, was delighted to be asked to make a reproduction of one of the Queen’s iconic corgis. He has been invited to attend the Coronation Festival and will be there to view his work on July 11.

He said: “It was great honour to be asked by the chairman of the Queen Elizabeth Scholarship Trust to make a corgi to celebrate the Coronation. It took me four or five weeks to make and I really enjoyed it.”

For someone who has been known to make a fully grown Aberdeen Angus Bull, you might think that creating a diminutive corgi was a relatively straightforward task for the talented maker but this was not the case.

He said: “It is every bit as difficult if not harder to make a smaller animal. It is very difficult to create definition with the material on a small scale. I just try to play around with it until something really sparks with me.”

He constructed the corgi from a variety of different willows, which he grows himself, enabling him to choose from a wide range of palettes and textures.

“You can change the position of the body, the head, the eyes or the mouth to inject life into it. It’s a slow but very rewarding process,” he added.

Earlier this year, Bob was one of a group of Northern Ireland’s finest makers who exhibited their work at a major exhibition in London. The Perspective: Inspiration Unveiled Exhibition, Craft NI’s showcase of leading local makers was held at Craft Central in Clerkenwell in March.

Another piece, a distinctive white stag’s head, will be on show at the ‘Basketmaking – Tradition and Innovation’ Exhibition at the Space CRAFT Gallery at the Fountain Centre, Belfast from August 2-31 as part of August Craft Month, co-ordinated by Craft NI.

“Bob’s unique sculptures receive attention wherever they are shown. He has an uncanny ability to capture the personality of each animal he works on to fashion an object of rare beauty and grace.

“Northern Ireland’s designer makers continue to display high quality work at national and international exhibitions and our own August Craft Month is an opportunity for a local audience to witness at first hand, the sheer talent, imagination and skill that exists in the craft sector.” 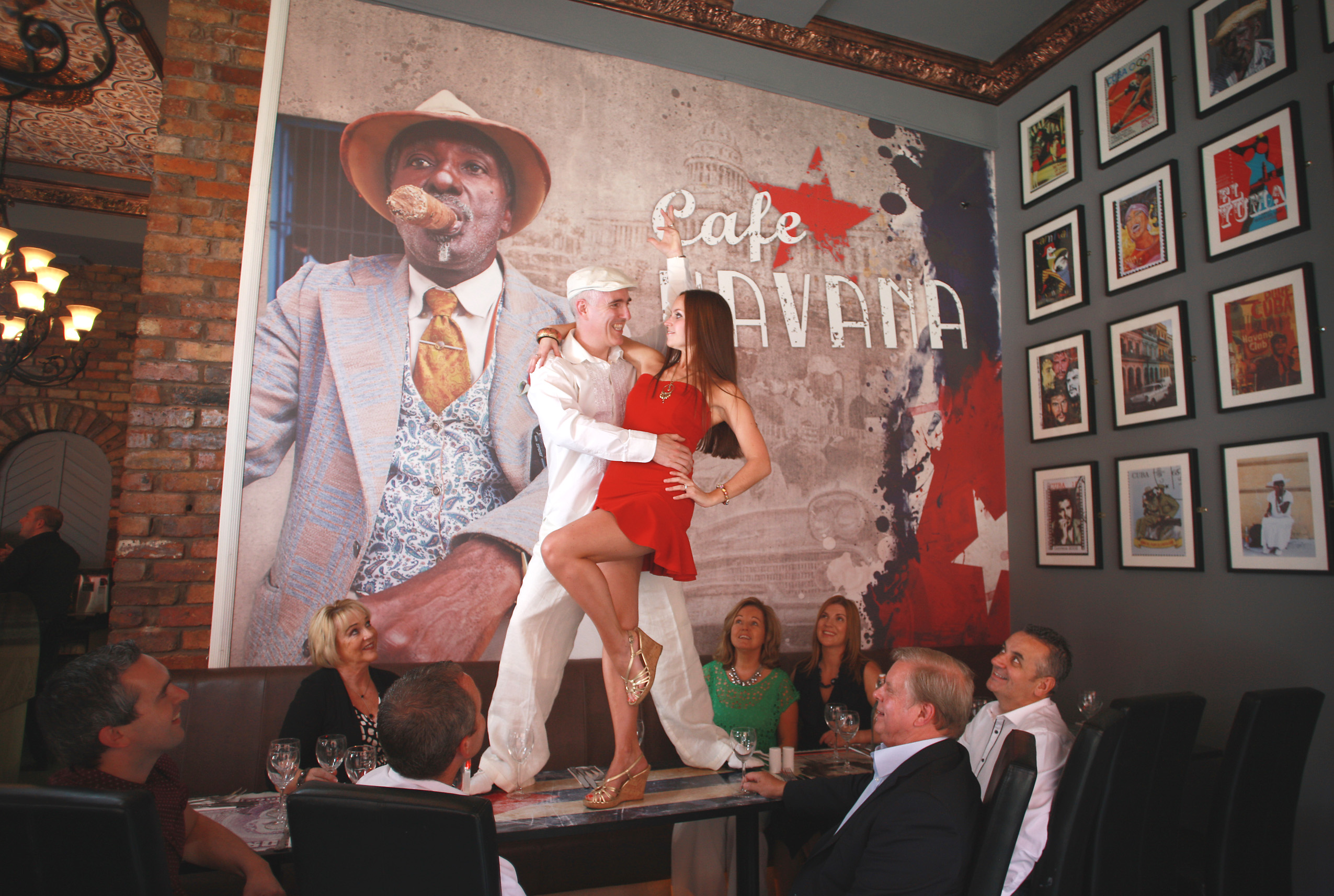