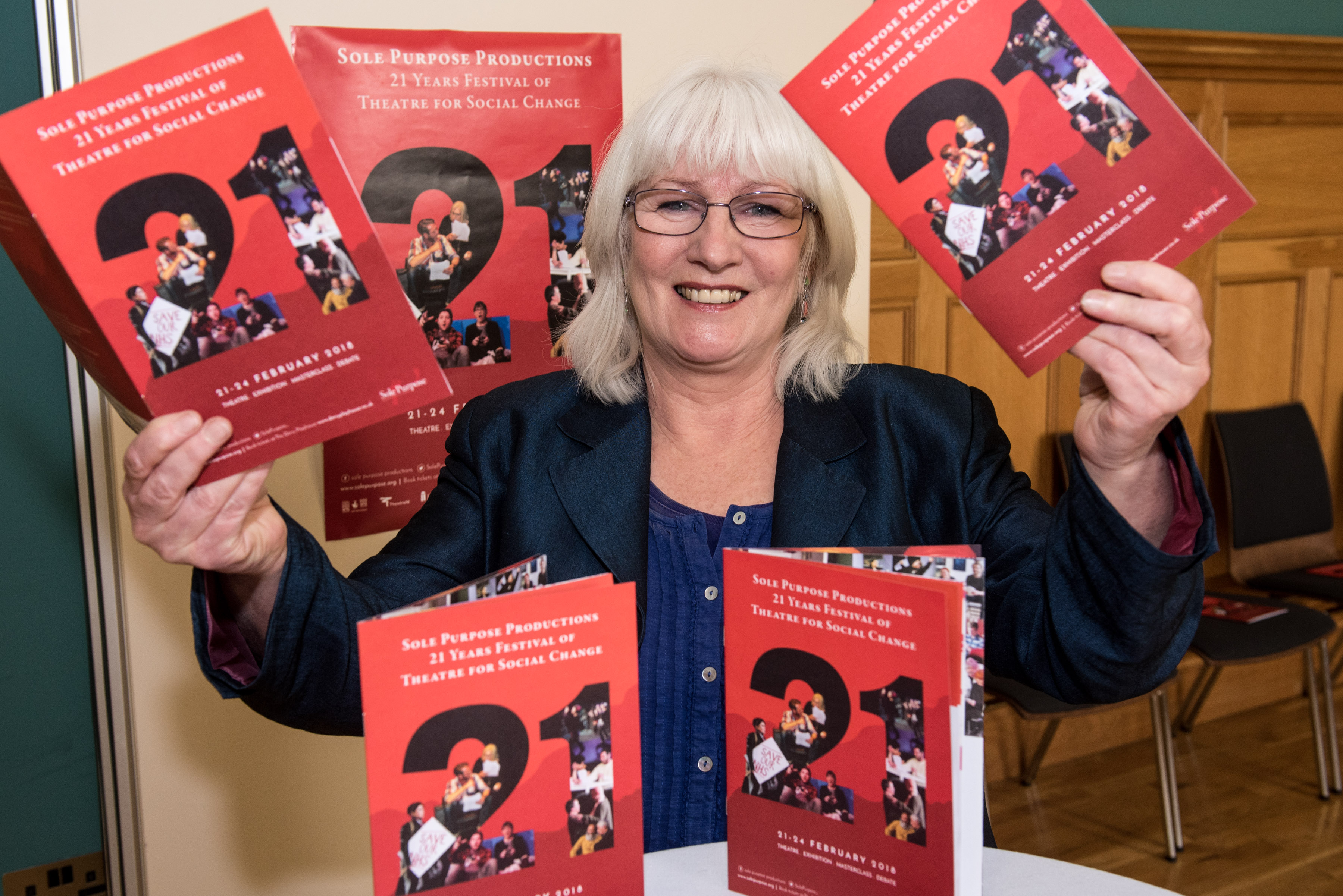 Theatre company Sole Purpose Productions will highlight how theatre can help improve society when it holds Northern Ireland’s first ever Festival of Theatre for Social Change on February 21-24.

For the past 21 years Sole Purpose has been at the forefront of theatre working for social change, touring throughout Ireland, the UK and having staged work in the USA, playing in theatres, schools, Women’s Aid centres and community venues.

Now the Derry Londonderry based professional theatre company is bringing together other leading theatre companies in the UK and Ireland working on social issues for the festival held at The Derry Playhouse Theatre.

Sole Purpose Artistic Director Patricia Byrne said: “The Arts has proved to be a powerful weapon in tackling issues such as peace and conflict, domestic violence, child abuse, mental health and suicide.

She added “We decided to celebrate our 21st year by bringing together the top companies working in this vital area. Theatre is an important tool for promoting equality and addressing issues of concern in society and this festival will highlight the valuable work that companies in the UK and Ireland do to challenge stereotypes and tackle taboo subjects.”

The four day festival includes a range of performances, workshops, readings, an exhibition on the 21 years of the company and a Sole Purpose Theatre Lab with Rod Dixon, Artistic Director of Red Ladder Theatre Company.

Highlights include ‘Every Move You Make’ – a gripping play about abusive relationships among young people written by Sole Purpose Artistic Director, Patricia Byrne.

Leeds-based Red Ladder – Britain’s leading radical theatre company – will perform its powerful ‘The Life and Soul’ about male depression written by Chris O’Connor who writes for the stage, TV, radio and film.

Dublin theatre and film company Smashing Times will perform its highly acclaimed ‘The Woman is Present: Women’s Stories from WWII’ – a snapshot of experiences of bravery, sacrifice and love amidst the horrors of war, which has toured all over Ireland.

Sole Purpose will present an evening of rehearsed readings of past productions by Co-founder Dave Duggan, Artistic Director Patricia Byrne, and other writers, with input from partner organisations, academics and artists who have been involved with the work over the past 21 years.

The festival is funded and supported by Derry City and Strabane District Council, the Arts Council of Northern Ireland and Theatre NI.

For information about the festival programme go to http://www.solepurpose.org/page/Sole-Purpose-21-Years-Festival-of-Theatre-for-Social-Change