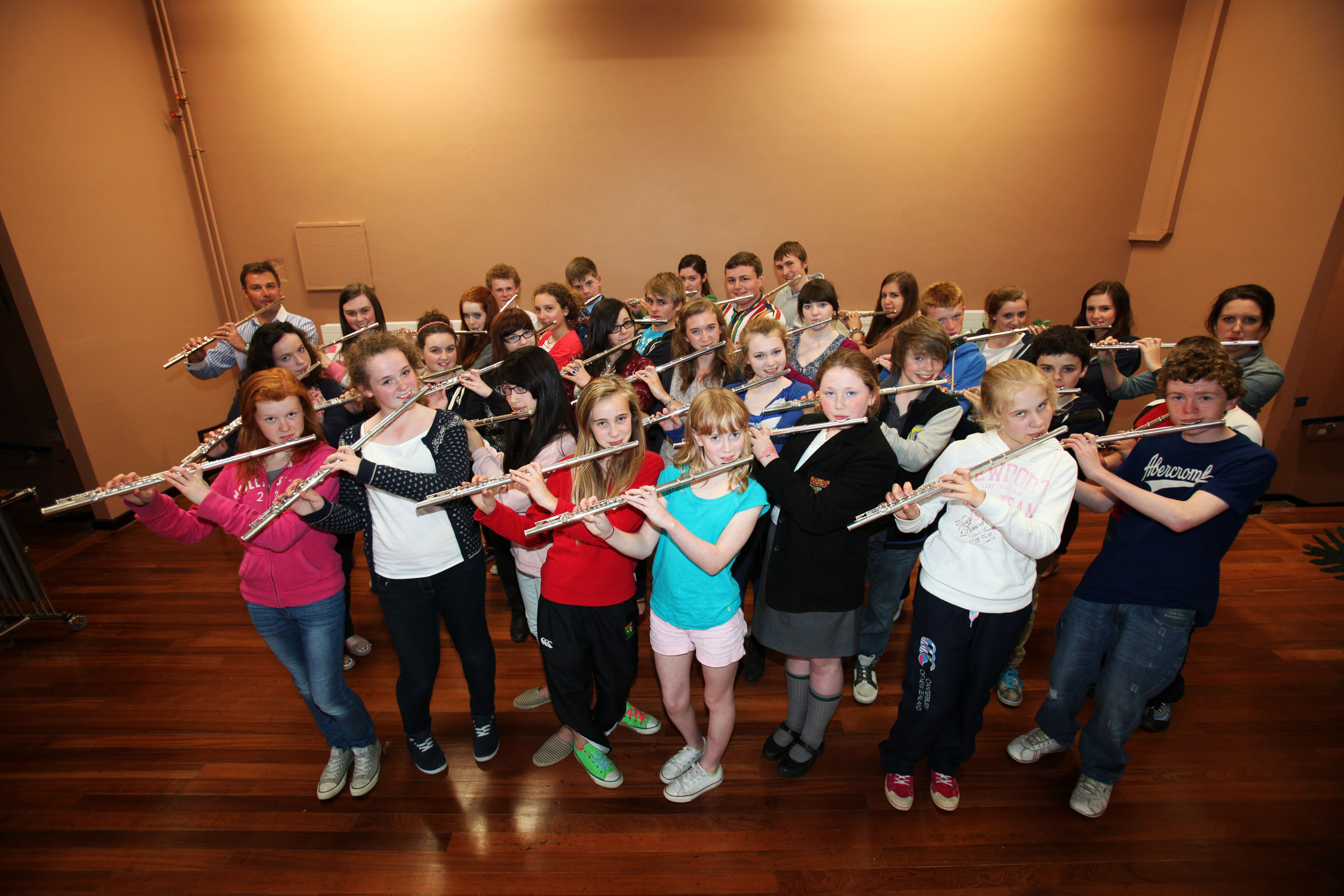 A choir of young flute players from all parts of Northern Ireland will have their dream come true when they accompany Sir James Galway and the Ulster Orchestra at the Waterfront Hall on Saturday 16 June.

As a delicious appetiser to the main event, Sir James, Lady Galway and the Young Flautists will play a short concert at 4pm on Thursday 14 June at the iconic Titanic Centre which is fast becoming one of the UK and Ireland’s top tourist attractions.

During this performance Sir James and the flute choir will play a new arrangement of the Oscar-winning song from the Titanic movie, My Heart Will Go On.

Sir James said: “This will be my first visit to the Titanic signature building and I can’t wait to see it. I hope the public will come down and enjoy the music and the vibrancy of the Young Flautists and will be inspired to attend Saturday’s concert at the Waterfront Hall. There is nothing more life enhancing than listening to a full symphony orchestra live, playing some of the world’s best music.”

The Young Flautists, who are aged from 11-19, are part of a project suggested by Sir James and his wife Lady Jeanne, a fellow flautist, to encourage young musical talent in Northern Ireland.

It is led by flute teacher and player Richard Douglas, who first met Sir James and Lady Galway while working in a classical music shop in London and later worked with them through Dr Joe McKee at the City of Belfast School of Music as well as the City of Belfast Youth Orchestra.

Richard said: “It all began when Sir James and Lady Jeanne said it would be nice to play with some young local flute players to help develop their skills. Sir James was a member of the Belfast Youth Orchestra and wanted to do something that would help young musicians.”

Richard chose some of his own students and contacted flute teacher friends to ask them to provide more students who wanted to take advantage of this golden opportunity.

“They have now played with Sir James and Lady Jeanne on a number of occasions including his 70th birthday concert in the Waterfront Hall two years ago. Last year they came over to give a Masterclass run by the Ulster Orchestra in the Harty Room at Queen’s University,” said Richard.

The group includes the current Northern Ireland Young Musician of the Year Andrew Douglas (16), the 2010 Young Musician of the Year Stephen Rankin (17) and Kristan Swain (17), who has taken part in the Galway’s Flute Summer School at their home in Switzerland. Kristan, who was awarded the Catherine Judge Memorial Bursary, has recently won a place to study at the Royal Academy of Music.

During the Waterfront Hall concert they will take to the stage to play the theme from Titanic, Galway Fair, which was specially written for them, and Brian Boru.

Richard said the choir has been rehearsing at City of Belfast School of Music to prepare for the concert. “It is a fantastic experience for them to go and play at the Waterfront Hall with the Ulster Orchestra and probably the greatest exponent of a wind instrument that has ever lived,” he added.