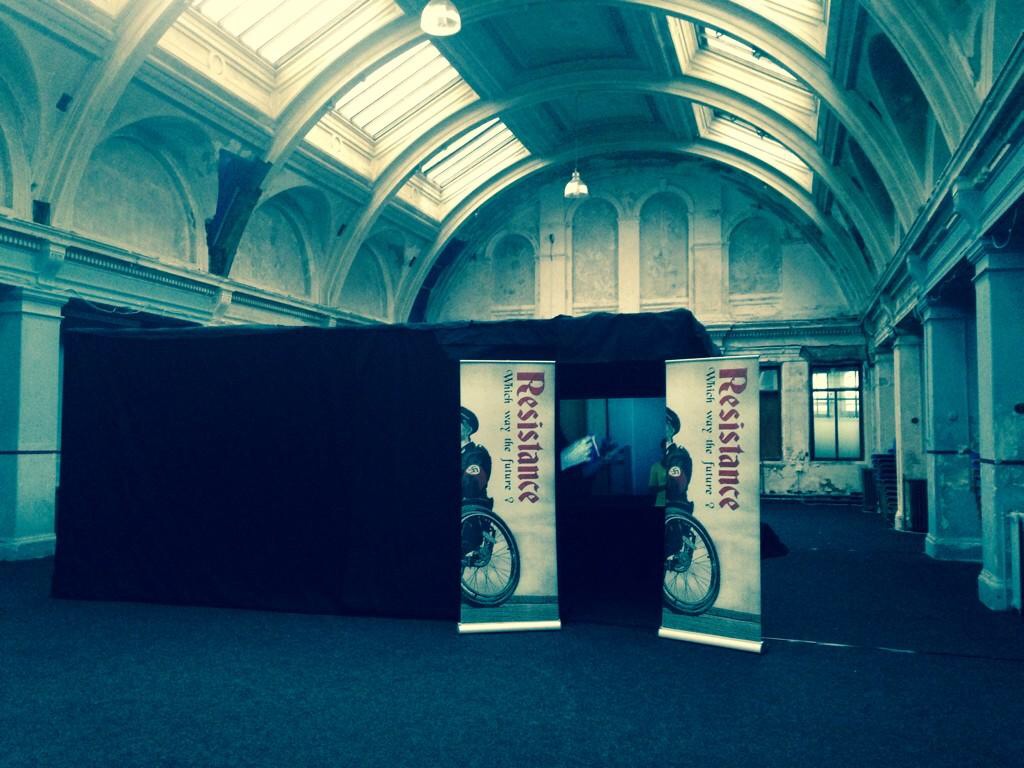 In September 1939 Adolf Hitler authorised Aktion-T4 a forced euthanasia programme that led to the mass murder of tens of thousands of disabled adults and children and formed the blueprint for his ‘Final Solution’ against the Jews.

This relatively little known Nazi outrage forms the backdrop for ‘Resistance’, a challenging and poignant multi-media installation, which will be open to the public at the Titanic Drawing Offices from October 21 to November 2 as part of the Ulster Bank Belfast Festival at Queen’s. This is a Northern Ireland premiere and the only time the work will be seen here.

The piece, which combines moving images, drama, documentary and whispering voices into an immersive audio-visual experience, is by controversial, award-winning writer-director Liz Crow whose work has been shown at Tate Modern and the British Film Institute. Resistance was showcased to 4,500 visitors at Washington DC’s Kennedy Centre and won a Best Exhibition Award from the Liverpool Daily Post.

Chris Ledger, Director of the Arts and Disability Forum (ADF) has worked behind the scenes for the past two years to bring this important show to Belfast. She said the artist chose Belfast for the final booking of the tour because of a belief in the city’s vibrancy and atmosphere of hope.

She said: “We are excited to bring this wonderful project to Northern Ireland. Resistance’s starting point is the horrors of Nazism but it resonates with contemporary attitudes towards disabled people and with wider issues around marginalisation, exclusion and oppression.

“The work emerged from Liz Crow’s alarm at the direction in which she saw society heading. Rising hate crime, increased pre-natal screening and abortion and a race to assisted suicide are challenging the worth of disabled people’s lives and even their right to exist. Alongside this, Belfast has also seen an increase in racially motivated hate crime. Resistance invites the audience to reflect on how they can help to shape a society that delights in diversity.”

At the centre of the installation is a haunting 12 minute film about Aktion-T4 that Liz made using a cast of mainly disabled actors. The cast and the writer visited two of the killing centres in Germany as research.

The film has as its lead character Elise a woman who swept the floors and the grounds of a holding centre, housing disabled people before they go to their deaths. She silently watches people disappear and plots what she can do.

Liz Crow is well known as an activist as well as an artist. In August 2009 she was hoisted by a cherry picker to sit on her wheelchair on Anthony Gormley’s Fourth Plinth in Trafalgar Square, wearing an SS Uniform and brandishing the Nazi flag. This was to highlight the hidden history of Germany’s forgotten disabled victims and the resurgence of negative attitudes towards disabled people in today’s society.

On September 2 in Berlin of this year, a new memorial was unveiled to commemorate the deaths of more than 200,000 disabled people killed by Nazis who deemed them ‘worthless’.

Liz Crow said: “This is an episode of history that is virtually hidden, yet the values that underpinned it still echo through disabled people’s lives today. It is a timely piece of work and I hope that people will be both moved and empowered by it. I want people to come away feeling inspired to get involved, be effective and find the courage to be a part of change. Resistance is about a sense of possibility.”

The 30 minute show was brought to Belfast with project funds from the Community Relations Council. Belfast City Council and Children in Need are supporting the inclusive involvement of young people. The Arts Council of Northern Ireland is the Arts and Disability Forum’s principal funder and the ADF receives additional core funds from Belfast City Council and Lloyds Bank Foundation for Northern Ireland.

Fionnuala Walsh, Head of Community and Participatory Arts, Arts Council of Northern Ireland, said: “The Arts Council congratulates the Arts and Disability Forum in bringing this award-winning, powerful film installation to Ireland’s leading contemporary arts festival where it will be see by thousands of visitors.  I encourage everyone to go along to view this provocative and challenging installation by the impressive artist, Liz Crow.”

Available with audio description, captions, BSL interpretation and an induction loop.
Group Bookings through the Arts & Disability Forum at www.adf.ie, info@adf.ie and telephone 02890 239450.

The installation will be open to the public from 21st October to 2nd November. It will be open from 10am-midday and from 2pm-4pm every day including weekends during the exhibition period. Thursdays there will be a late night opening from 6-8pm. Additional opening hours will be added if required. 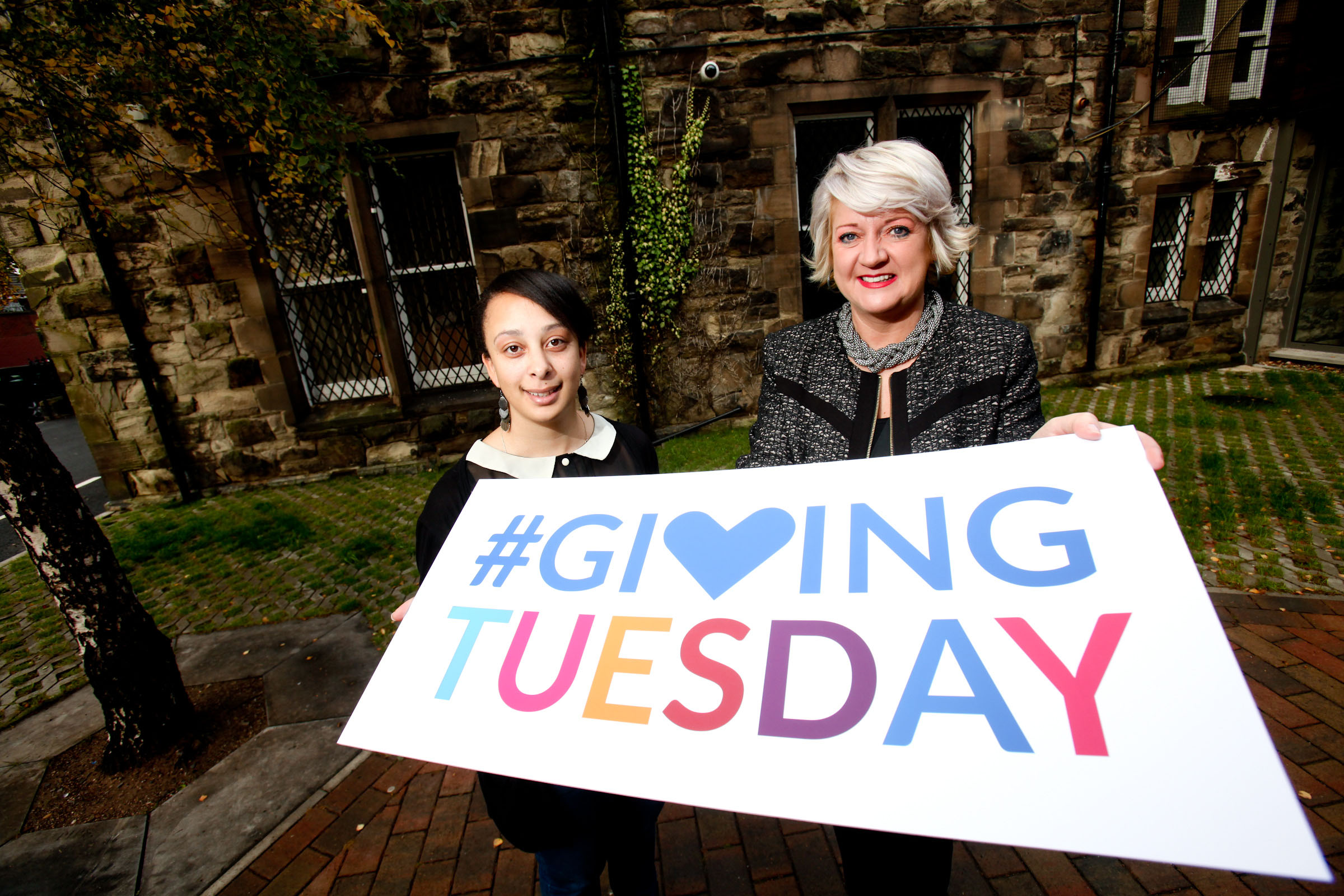