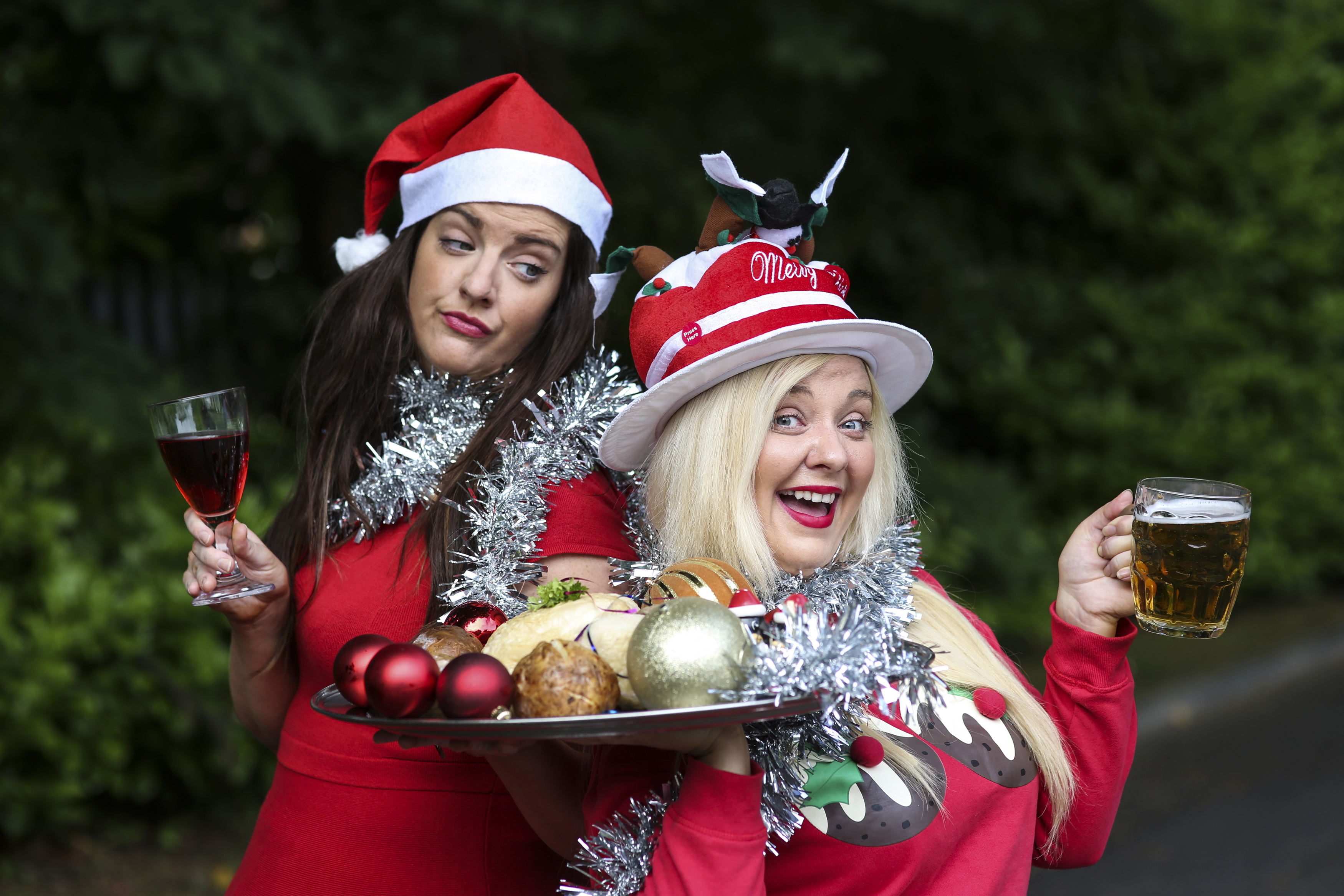 It may be the most Wonderful Time of the Year but Christmas can be mighty stressful and that’s certainly the case for the close knit family in My Big Fat Belfast Christmas, the hilarious new seasonal comedy at Theatre at the Mill.

Famous for playing iconic character Maggie Muff in ‘Fifty Shades of Red White and Blue’, Caroline Curran has joined forces with her best pal Julie Maxwell to write and star in this original new Christmas ‘Craic’er’.

This warm-hearted and typically bold and brash Belfast take on the Nativity Story opens at the Theatre at The Mill in Newtownabbey on December 1 and runs until January 2.

It’s the night before Christmas and Ma Mary and Da Joe are getting the house ready for the homecoming of elder daughter Mary and her new boyfriend Youcef – better known as ‘yer man’.

A stressed out Ma Mary is up to her eyes stuffing the turkey while Da Joe, with the help of a cheeky bottle of Bailey’s, is under strict orders to dress the tree.

Meanwhile younger sister Mags, who dreams of being a fashion designer and is doing an online course by dressmaker Thelma Madine of ‘My Big Fat Gypsy Wedding’ fame, is not looking forward to the return of ‘Lady Muck’.

All the mayhem that ensues is watched over by the photo of Granny Lillian, the beloved family matriarch who has passed away. It is the family’s first Christmas without her and the sadness of her not being around to cook the lamb chops for Christmas breakfast adds to the rollercoaster of emotions.

An unmissable cross between an action-packed festive edition of the Royle Family and the glitz and glitter of My Big Fat Gypsy Wedding, this is the first time actresses and best friends Caroline and Julie have written together.

The pair starred in last year’s Christmas hit at the Mill, Leesa Harker’s Slimmer for Christmas and decided afterwards to try their hand at writing.

“Because we are best friends in real life we work together quite a lot and creating our own work together just seemed to be a natural progression,” said Julie.

“We sat down and discussed what most people have in common at this time of year –  the big Christmas dinner, the angst of people visiting the house, the comedy of someone new being brought into the family for the first time,” she added.

Caroline said the main aim of the show was to make people laugh at Christmas. “We are both from quite mad Belfast families and we took a lot of inspiration from our own lives,” she said.

“We realised we had one big thing in common – the madness of Christmas with something always happening. We also thought about how it is a time for remembering family members who aren’t here anymore. Christmas is a time for reflection but is also about enjoying life,” she added.

Caroline plays the young woman about town Mags, while Julie is older sis Mary, whose rough edges have been smoothed out by living in London. Ma Mary is played by Abigail McGibbon, who was in Theatre at the Mill’s Eternally Scrooged in 2013. Paddy Buchanan, who played Alan McDonald in the movie, ‘Shooting for Socrates’ plays Youcef and the excellent character actor James Doran playing Da Joe.

For Abigail and James it’s the third or fourth time playing husband and wife on stage – most recently they were Lord and Lady Macduff in ‘The Scottish Play’.

The piece is being directed by talented Belfast writer and director Fionnuala Kennedy. It is her first big stage production as a director and she is already thriving on the challenge of bringing a new work to life.

Fionnuala said: “I’m so delighted to be working with Caroline and Julie. We are close friends and worked together on a play that I wrote about homelessness called ‘Hostel, based on my own experiences of being homeless in 2007/8.

“The girls are very successful in their acting careers but they are also talented writers and this is an amazing opportunity to work together. There is real heart to ‘My Big Fat Belfast Christmas’, it’s a perfect Christmas show.

“They have captured perfectly the feeling that Christmas has many highs and lows but if you count your blessings you should be all right.” 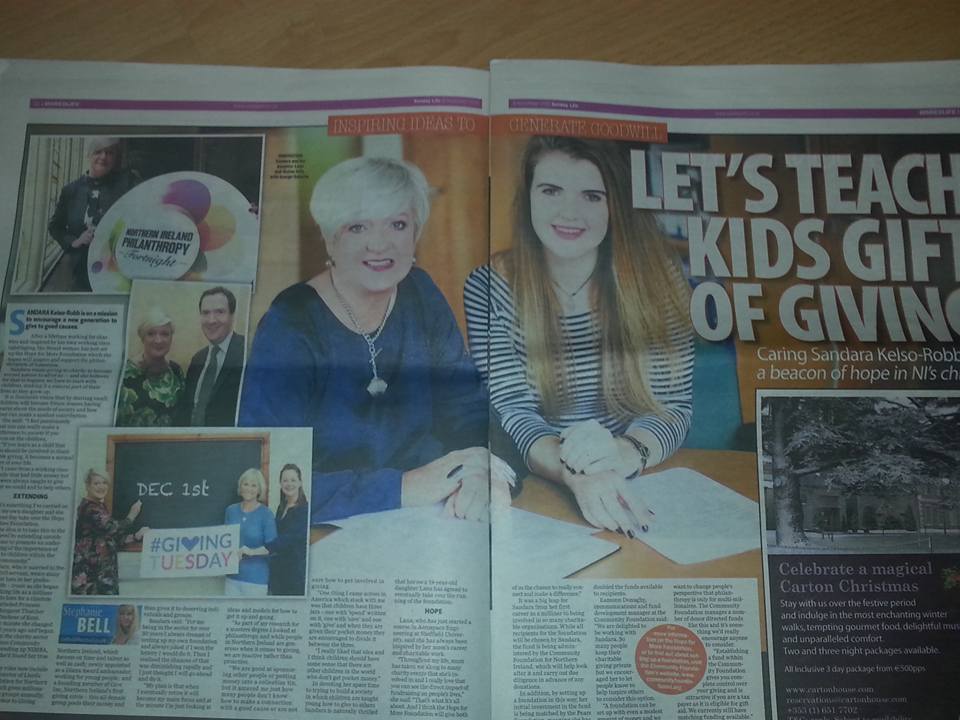