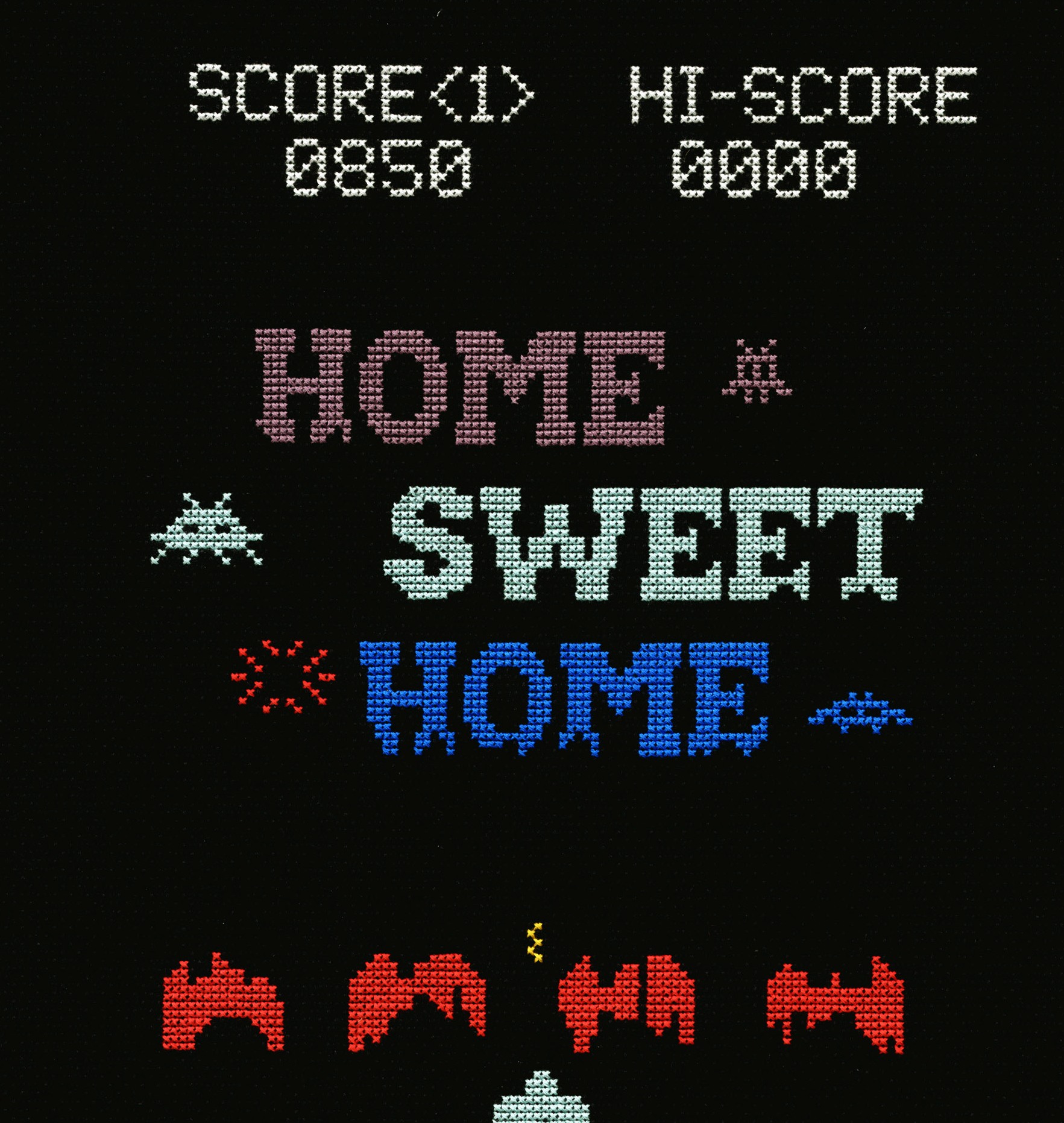 The 31-year-old who started his career working for Vivienne Westwood began Urban Cross Stitch in London a few years ago and his subversive craft caught on.

He’s designed dozens of provocative patterns and has sold thousands of kits to crafters around the world. The designs range from a sampler stating “Happily Divorced” with a house divided in two to a school for space invaders based on the old video game.

He’s recently published a book – Twisted Stitches – and his Cupcakes, Cocktails and Cross-stitch events regularly attract hundreds for a night of chat and stitching.

As part of August Craft Month, Phil will be giving a talk about ‘New Embroidery’ at Ulster Museum from 12.30-2pm on Wednesday 24 August.

“I learned cross-stitch in 2008 from the grandma of a family I was visiting in Arkansas in the US. I really liked it but I hated the patterns of kittens and puppies or cottages. Being from Belfast, I was interested in street art and so I used photos that I had taken and turned them into cross-stitch designs,” he explained.

“Many of my designs are influenced by graffiti or pop images from childhood. I set up a stall in Brick Lane’s Sunday-Up market and people seemed to really like them,” he said.

The first cross-stitch event was held at a bar near the market. “The idea started as a little bit of a joke. We offered free cupcakes and the bar supplied the cocktails and people could just come along and cross-stitch for free. We thought if we got 20 people we’d be doing well, but 250 turned up for that first event. Now we get requests from people all over the UK for us to come and hold events,” he said.

Phil wasn’t always on the path to become the king of cross-stitch. He initially started a course in genetics at Queen’s but soon decided it wasn’t for him. He switched direction and went to University of Ulster to study fashion and textiles before going on to Central Saint Martins to do a postgrad in innovative pattern cutting.

His first job out of college was working for Vivienne Westwood before going on to work for various Saville Row high fashion houses and then becoming head of studio for Bellville Sassoon where he cut patterns for the dresses for the royals.

“I was working 18 hours a day and after a while it got to me. I felt I didn’t want to work those sort of hours for someone else and so I decided to set something else up myself,” he said.

The business has now grown to such an extent that he has set up a production facility in a unit, just outside Belfast, run by his mum.

Phil will be joined at the talk at the Ulster Museum on the 24th by freelance embroiderer James Hunting and there will also be a panel discussion led by Dr. Joseph McBrinn, University of Ulster on the significance of these new approaches to textiles. The event is free. For more information go to www.craftni.org or check out  www.urban-cross-stitch.com to learn more about Phil. 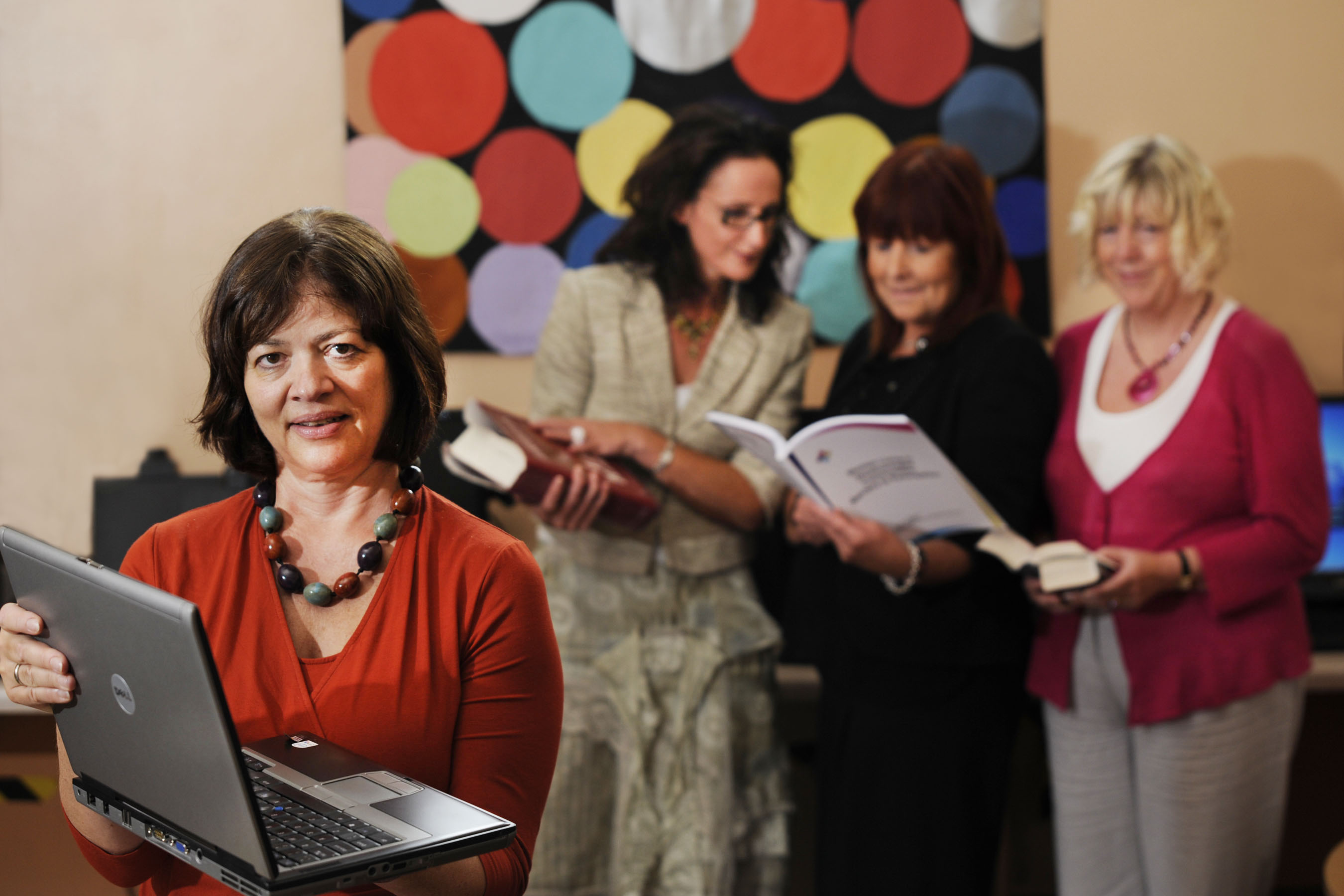