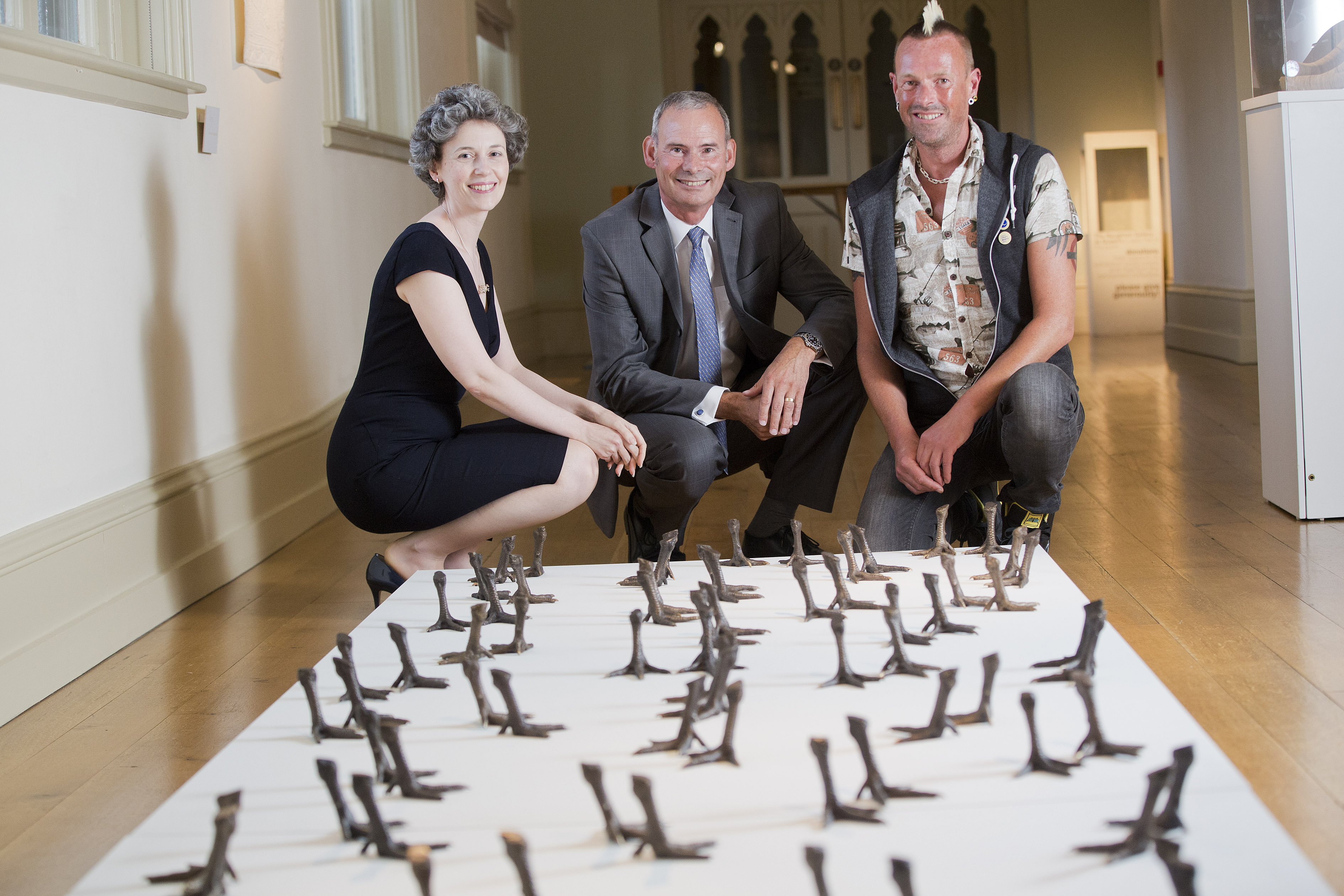 A ceramic pot by Grayson Perry, 54 pairs of bronze chicken’s feet cast in China, an exhibition of the work of makers involved in Northern Ireland’s burgeoning film industry– just some of the many highlights of August Craft Month 2014.

This year’s celebration of contemporary craft is the largest ever, with around 145 events taking place throughout Northern Ireland – more than double last year’s amount – showing how craft’s influence touches on all aspects of life including politics, the environment, business, cultural tourism and education.

The 2014 launch took place at the Naughton Gallery at Queen’s University on July 31 with the opening of two outstanding new shows, Hidden Agenda: Socially Conscious Craft, a Crafts Council Collection exhibition and Material Subversion. The former is a Crafts Council UK touring show exhibited for the first time in Northern Ireland.

“Craft occupies a central role in our lives, providing jobs, income, tourist opportunities, a sense of place and community and of course beauty and pleasure. For this year’s August Craft Month we are focusing on the makers themselves, the importance of craft and the relationships that have been forged with other important sectors including business, tourism and education.

“Since August Craft Month began it has grown steadily and now covers all parts of Northern Ireland, offering high quality exhibitions, workshops and talks. We would urge people to find out what’s on offer in their local area, visit a gallery, learn what motivates the makers and try a new skill,” he said.

‘We have been supporting the valuable work of Craft NI from its earliest days through a variety of different funding programmes. The month-long festival beautifully showcases the talent of our makers, many of whom incorporate cultural references and indigenous materials into their work. With exhibitions, events and workshops happening across Northern Ireland this August, Craft Month is a fantastic opportunity to be inspired by, and even experience first-hand, the wonderful work they produce.’

The prestigious launch exhibition, Hidden Agenda features the work of 12 top UK makers and artists, including Turner Prize winner Grayson Perry, who use craft as a platform for social comment and provocation. The exhibition explores issues such as environmental responsibility, war, class and work with specially commissioned work by ceramicist Doug Jones. Jewellery maker Angela O’Kelly, whose piece ‘Hundreds and Thousands’ features in the exhibition, will talk about her work at the gallery today (August 1).

Following on from last year’s highly successful launch of August Craft Month in Derry as part of the UK City of Culture 2013, CultureCraft this year is presenting ‘Reclaim The Streets’ – a three week event which will see renowned US craft designer Boris Bally take up residency in the 4Rs Resource Centre in the city.  Best known for the use of recycled street signage to create unique furniture Bally will invite makers from around the country to join his team in the production of street furniture when he will share an array of techniques required to creatively work sheet metal. Alongside the residency will be a spectacular exhibition of international contemporary craft relating to the theme ‘Reclaim-Repurpose’ involving ten international artists, three of which will be running 1 week masterclasses at North West Regional College over August.

Among the highlights are:

August 5: Charlotte Jess of the Northern Ireland Tourist Board delivers a   masterclass on social and digital marketing to help makers grow their businesses.

August 1-10: Creative Peninsula – a series of open studios, exhibitions and more from leading makers and artists from Ards Borough.

August 9 and August 30: Living History Pottering About at Enniskillen Castle Museum: Craft has been in vogue since humankind began and the public areinvited to have a go at creating their own Neolithic Pots.

August 5 – 29: Ulster American Folk Park in Omagh have a range of craft workshops, demonstrations and talks as part of the live and learn project aimed at those aged 50 and over.

August 19: Director of the Design Trust, Patricia van den Akker delivering a workshop to makers about the creative process. 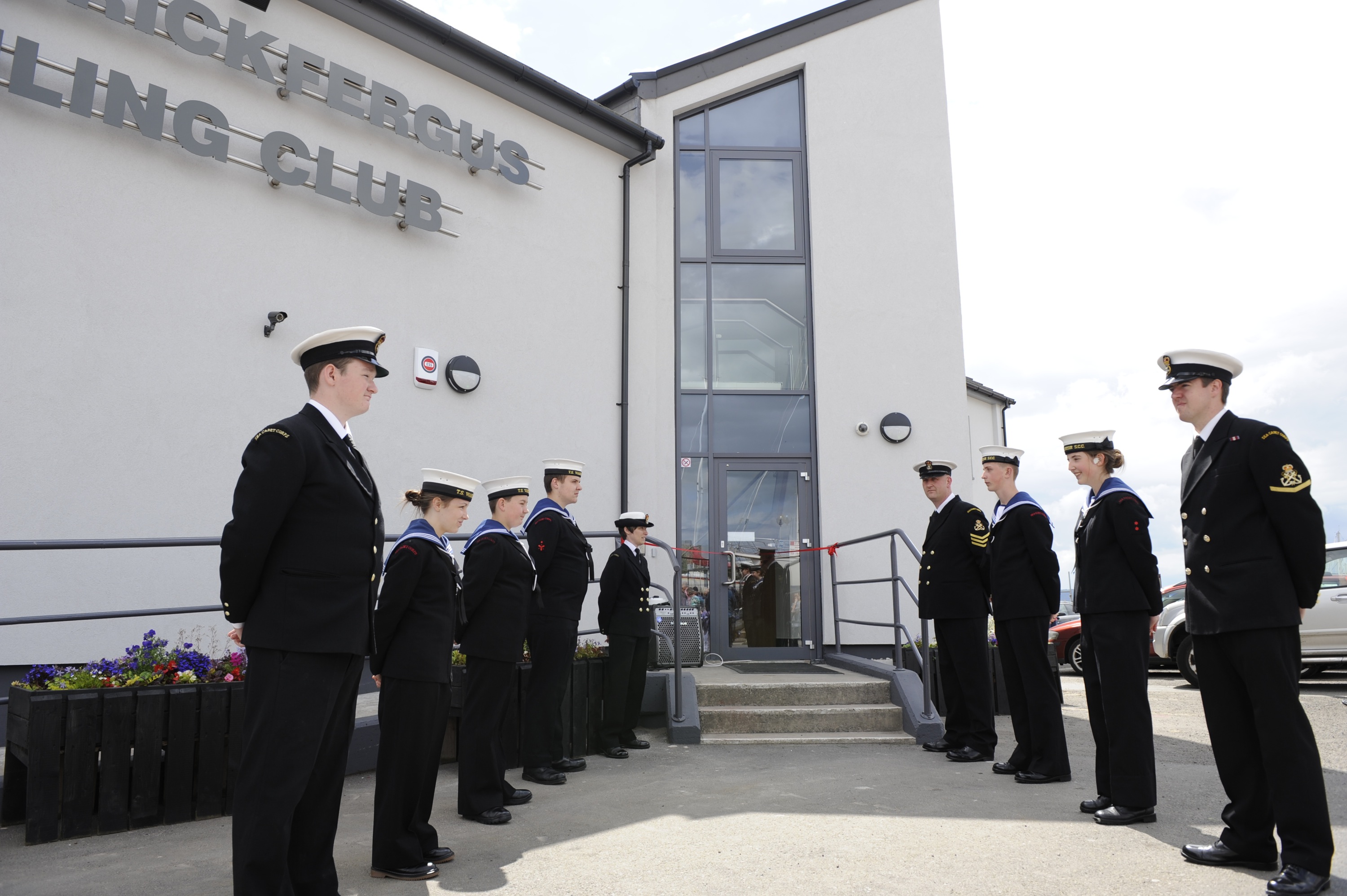